Ever since the demise of the seventh-gen Celica in 2006, there have been rumors that Toyota would eventually revive the moniker, be it for a new sports car or a different model altogether like, say, a crossover.

However, more than 14 years have passed since the last Celica rolled off the assembly line in Japan, and it is clear by now that the automaker has no intention of making another one, at least for the time being. Thus, we decided to take a look back at the sports coupe, whose history began back in 1970.

Built on the same platform as the Carina sedan, the first-gen Celica, whose name is derived from the Spanish word “celestial” (heavenly), had independent front and rear suspension and rear-wheel drive. Power came from a series of reliable four-cylinder engines, with 1.4, 1.6, 1.9, 2.0 and 2.2 liters in displacement, coupled to a four- or a five-speed manual transmission or a three-speed automatic.

The first units were shipped to Europe in 1971, and the range was topped by the Celica GT the following year, which had a 1.6 engine with two overhead camshafts and two double carburetors. The facelifted iteration came out in 1976, with a liftback body style added to the range and the 2000GT spec, as a reference to the model bearing the same name from 1965.

The second-gen Celica came out towards the end of 1977, in two-door coupe and liftback body styles, and as a convertible produced by Tropic under the Celica Sunchaser nameplate. 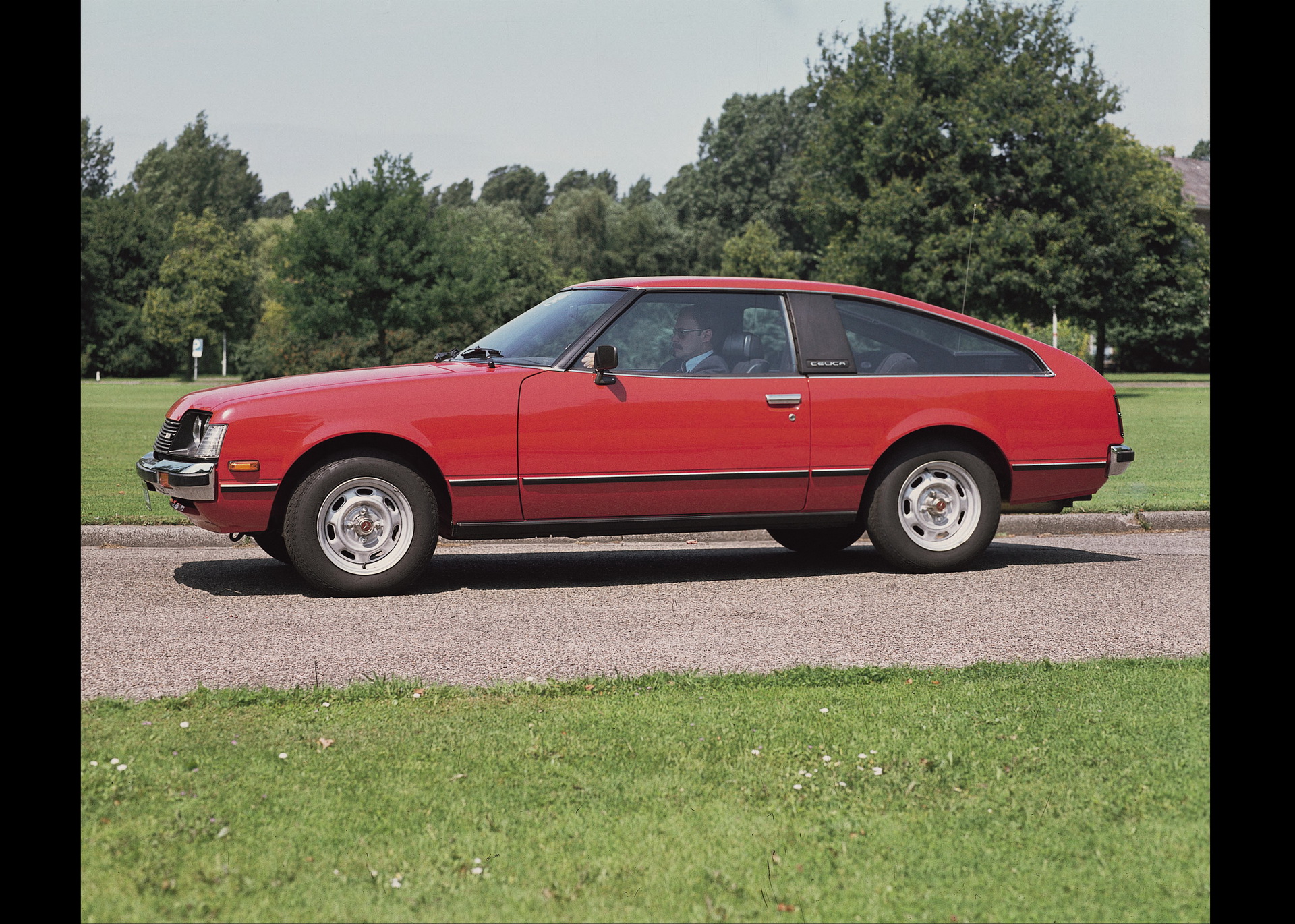 This iteration retained the front-engine and rear-wheel drive layout, and was offered with an even more diverse powertrain lineup, consisting of four-pot units, two five-speed manual transmissions and two automatics, a three-speeder and a four-speeder. 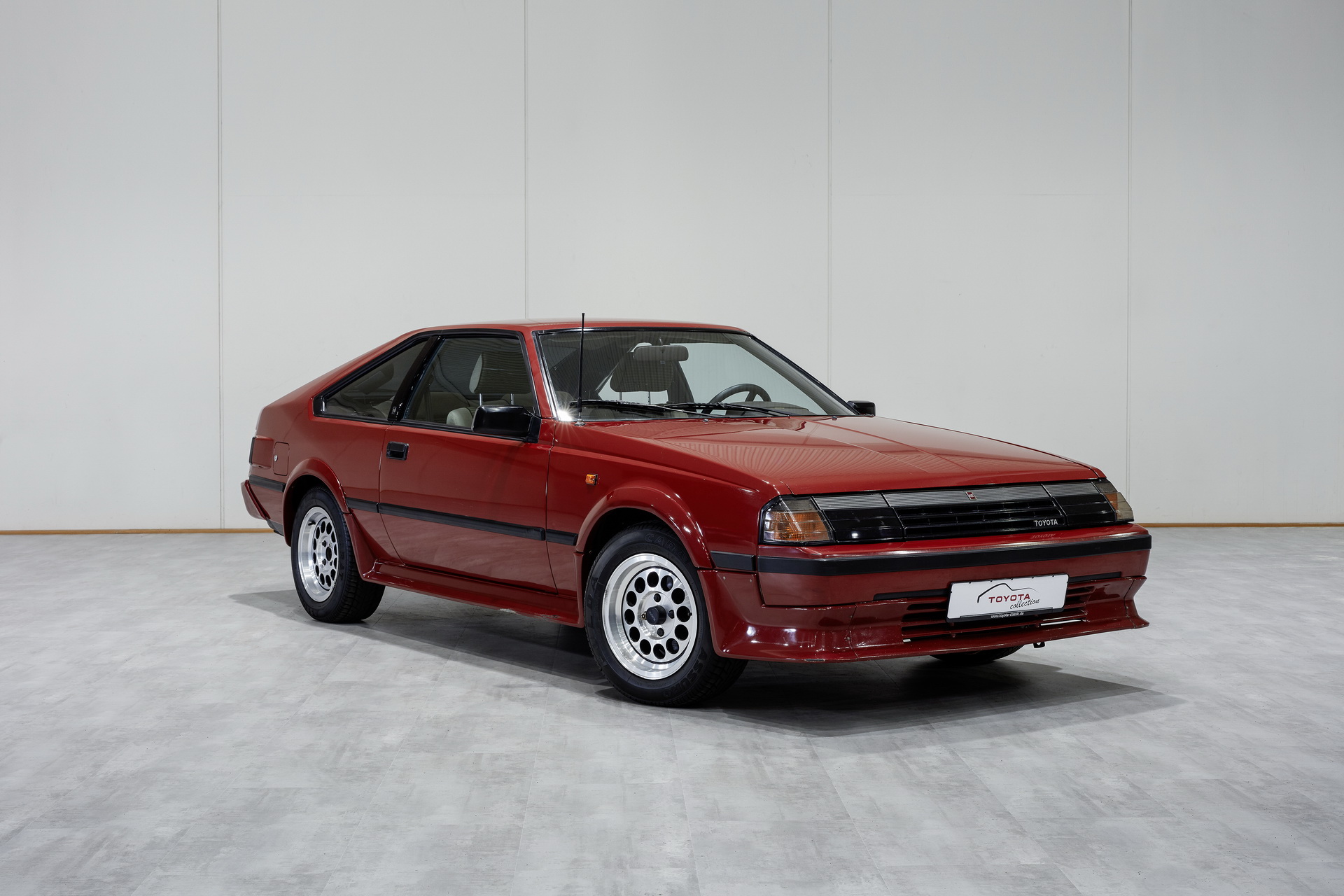 The engine lineup was even more generous and, depending on the chosen powertrain, customers had to make do with either a four-speed automatic or a five-speed manual gearbox. Those wanting a more powerful variant could order the Celica Supra 2.8i, which had a 170 PS (168 HP / 125 kW) six-cylinder engine. 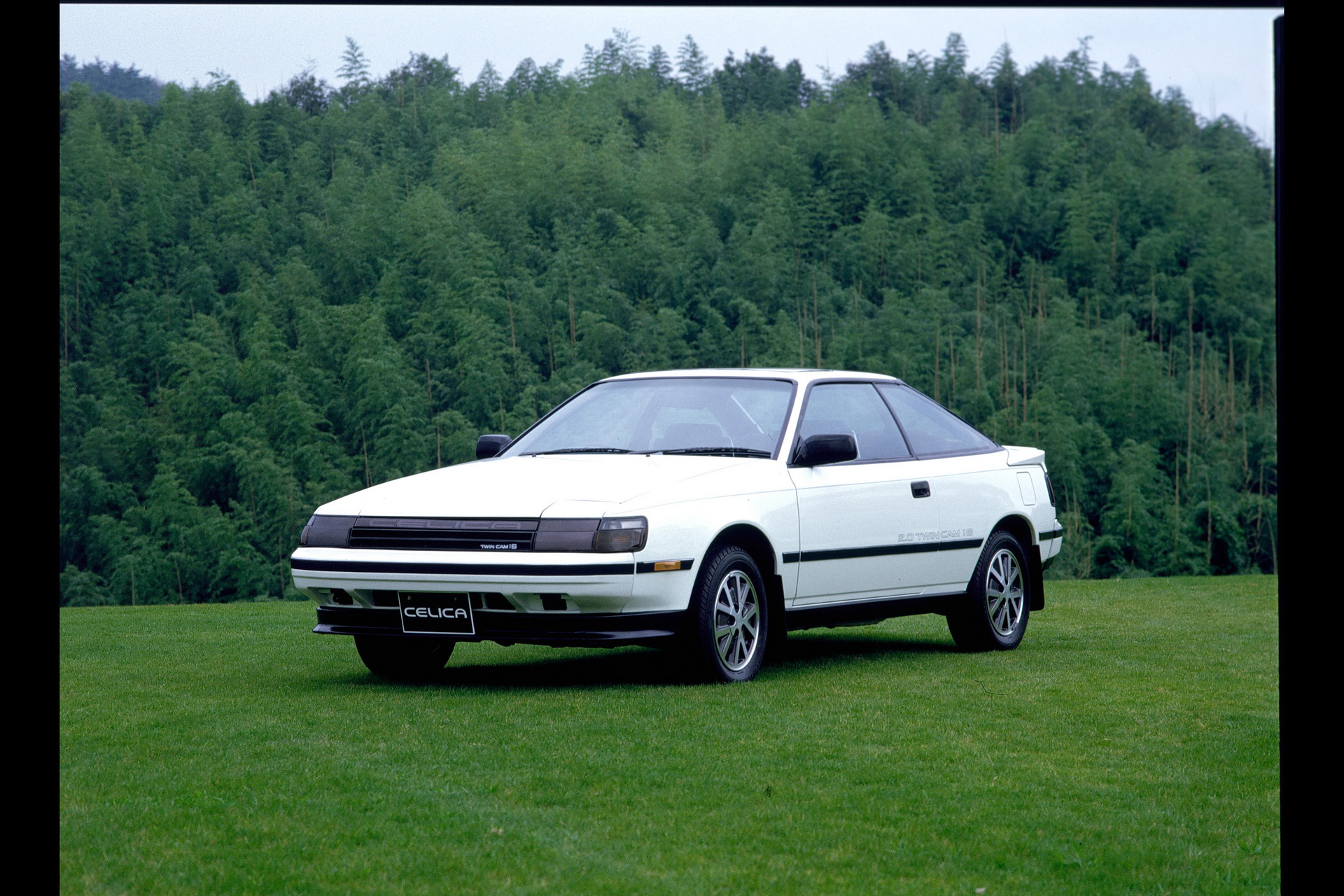 For the fourth generation Celica, Toyota retained the three body styles and the front-engine, rear-wheel drive layout, but added a four-wheel drive version, the Celica GT-Four. The rally-spec model catapulted the automaker to a series of WRC victories and made the sports car even more popular.

The rallying success was continued by the fifth-gen, which won three WRC drivers’ and two manufacturers’ titles between 1992 and 1994. 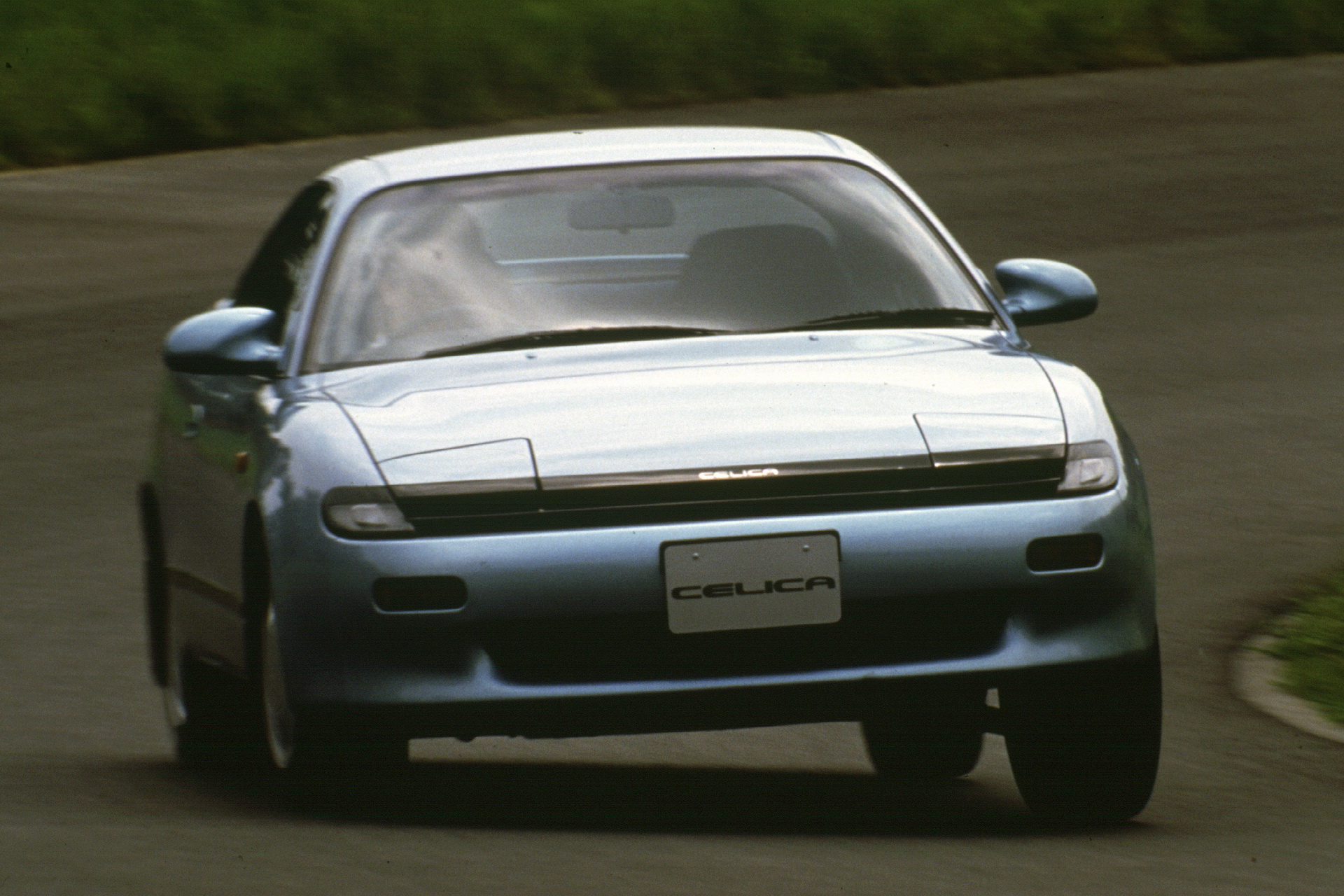 This new iteration continued to be offered with four-wheel drive in the GT-Four, but switched to a front-biased all-wheel drive system, whereas the lesser variants came solely with front-wheel drive.

Perhaps one of the most famous Celicas out there, the sixth-gen was front-wheel drive too, or four-wheel drive in the GT-Four, had a four-speed automatic or a five-speed manual transmission and a selection of four-cylinder engines. 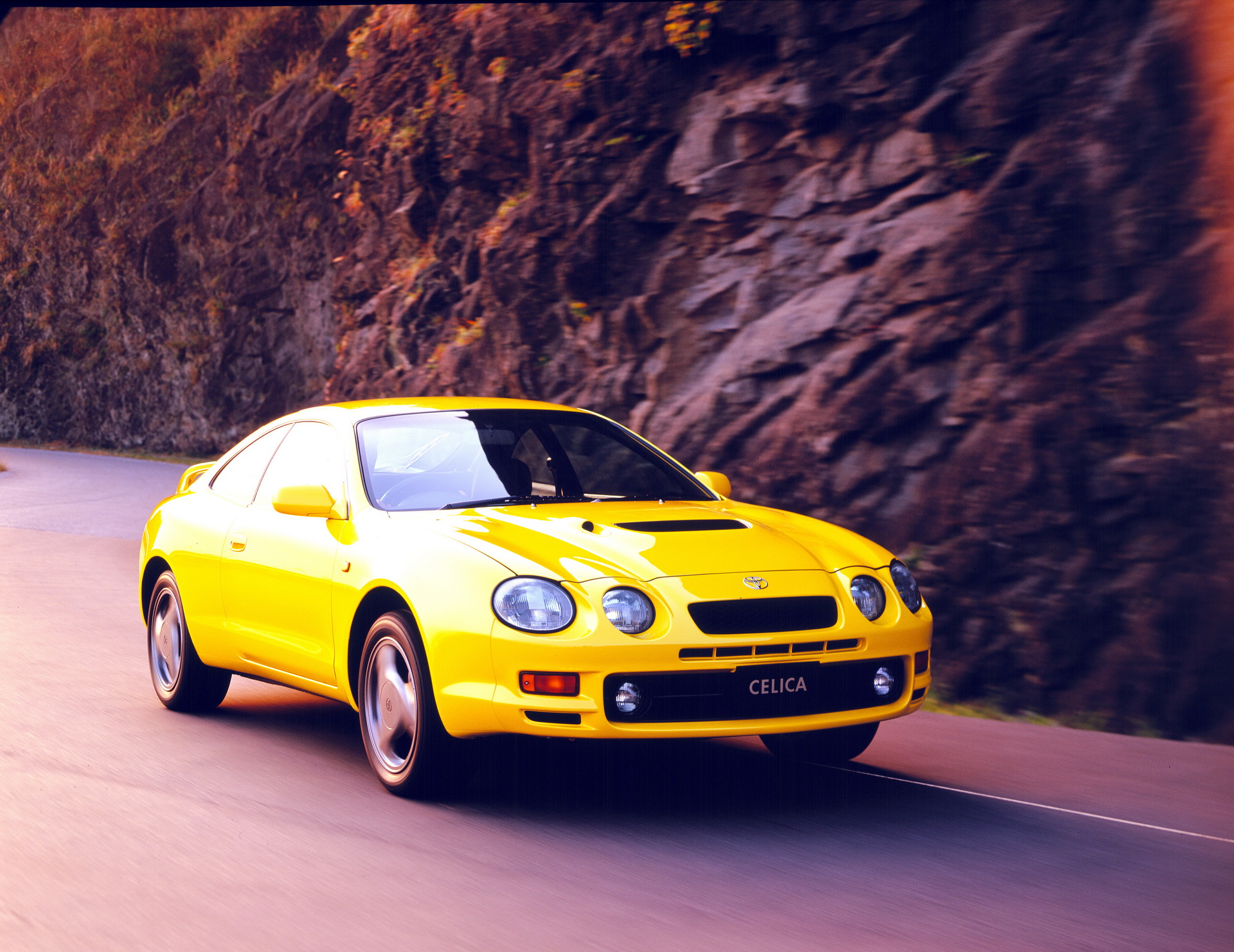 Besides the usual two-door coupe, it was also sold in the two-door convertible and three-door liftback body styles.

Sold solely as a three-door liftback, the last Celica was based on Toyota’s MC platform that was shared with a lot of models, including the Corolla, Prius and RAV4. 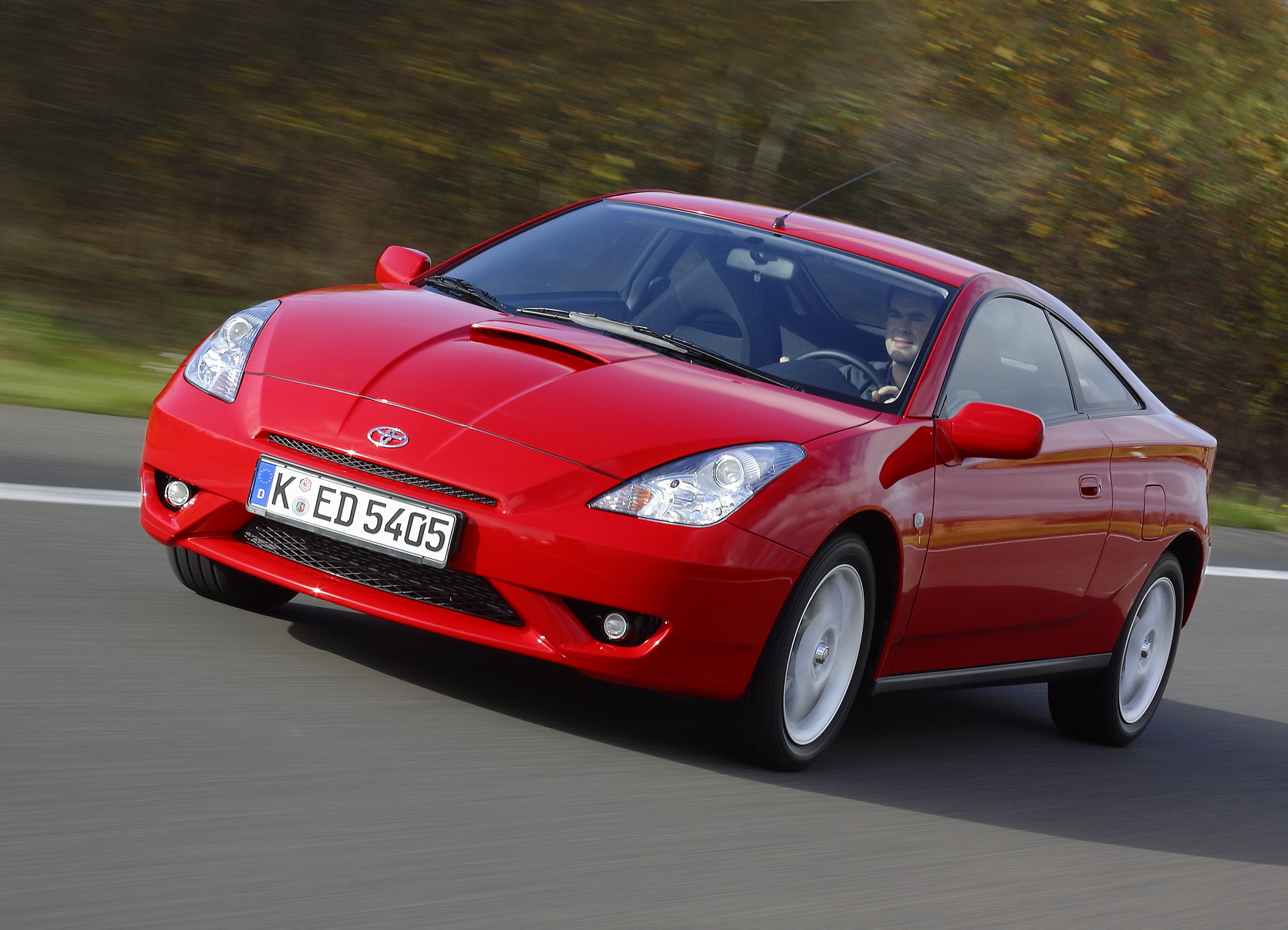 It too came with front-wheel drive, had a choice of just two engines and three transmissions, two manuals with five and six speeds, and an automatic with four speeds.