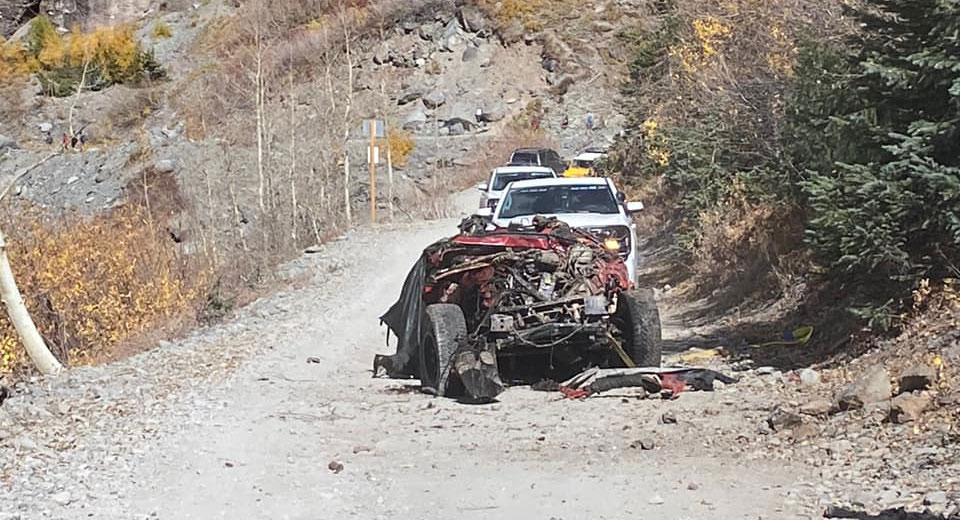 A woman has been left with severe spinal injuries after the Jeep Wrangler she was a passenger in fell off the treacherous Black Bear Pass in Telluride, Colorado.

The incident happened on Saturday, October 10th and the sight of the red Jeep Wrangler tumbling down the side of the mountain was caught on camera by another Jeep driving along the trail.

Telluride News reports that the 22-year-old male driver of the Wrangler had parked the off-roader along the trail while assisting another driver navigate a difficult turn. However, the Wrangler reportedly popped out of gear and the parking brake failed. As it rolled towards the edge, the driver tried to climb back inside but was thrown off. It then tumbled off the trail with the 23-year-old passenger and two puppies inside. 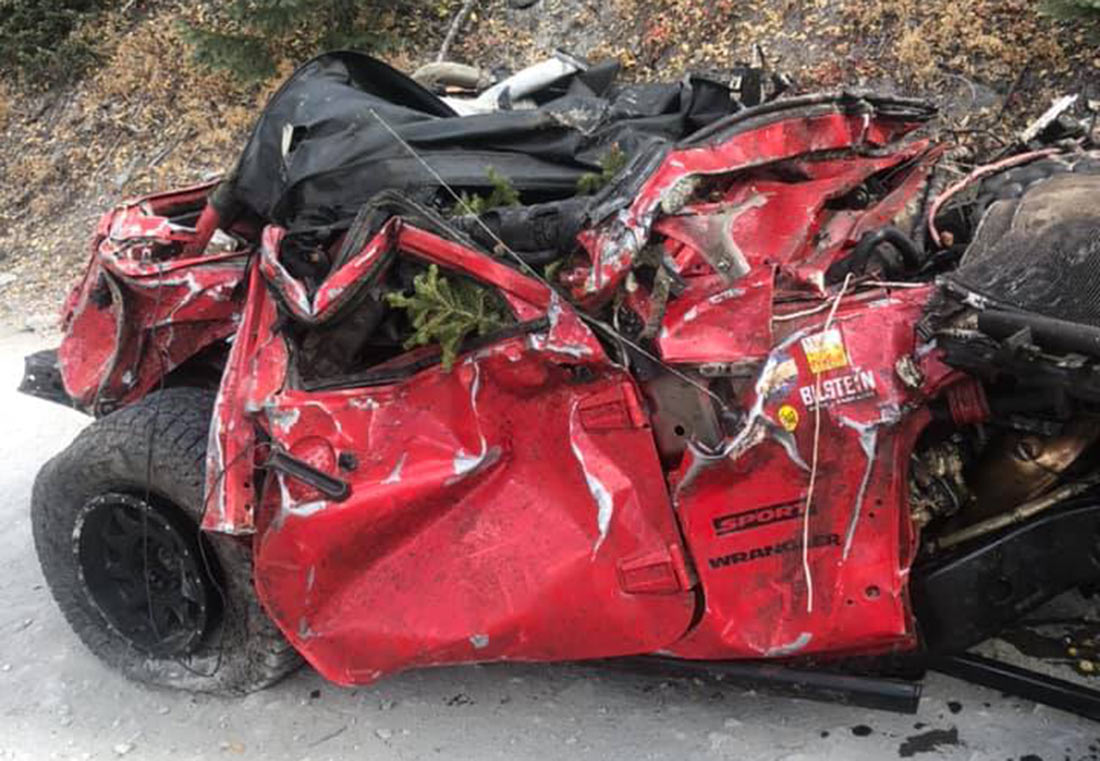 It is reported that the Wrangler tumbled down six switchbacks before coming to a stop on a road below. The woman was thrown from the Jeep on the second of six switchbacks.

Local authorities rushed to the scene of the incident after receiving more than two dozens calls from eyewitnesses that saw the Wrangler tumbling down the mountain. Paramedics arrived and transported the injured woman to the Telluride Medical Center before she was flown to St. Mary’s Hospital. The driver suffered minor injuries and was treated at the Telluride Medical Center.

*update Tuesday evening: Decker has been found and is safe! See post above for details. Deputies, San Miguel County…

Both puppies were found and are said to be in good health.

As for the red Jeep Wrangler Sport, it has been left as nothing more than a piece of crushed scrap metal. Had the female passenger not been thrown from the SUV as it tumbled down the mountain, she would have almost certainly been killed. As reported by TheDrive, a GoFundMe page has been launched to raise money to cover her medical bills.

Warning: Some viewers may find the following footage disturbing