The next-generation Range Rover has been spied testing in long-wheelbase guise near the Nurburgring.

Adorning the exterior of this prototype is camouflage that covers every inch of the exterior, making it a little hard to determine what exterior modifications have been made. With that being said, it seems as though the 2022 Range Rover will include some styling cues from the smaller Velar, such as similarly sleek headlights and taillights.

Our spy photographers on the ground add that this prototype’s headlights were different than those of other prototypes spied testing earlier this year and include LED daytime running lights that double as the turn signal. 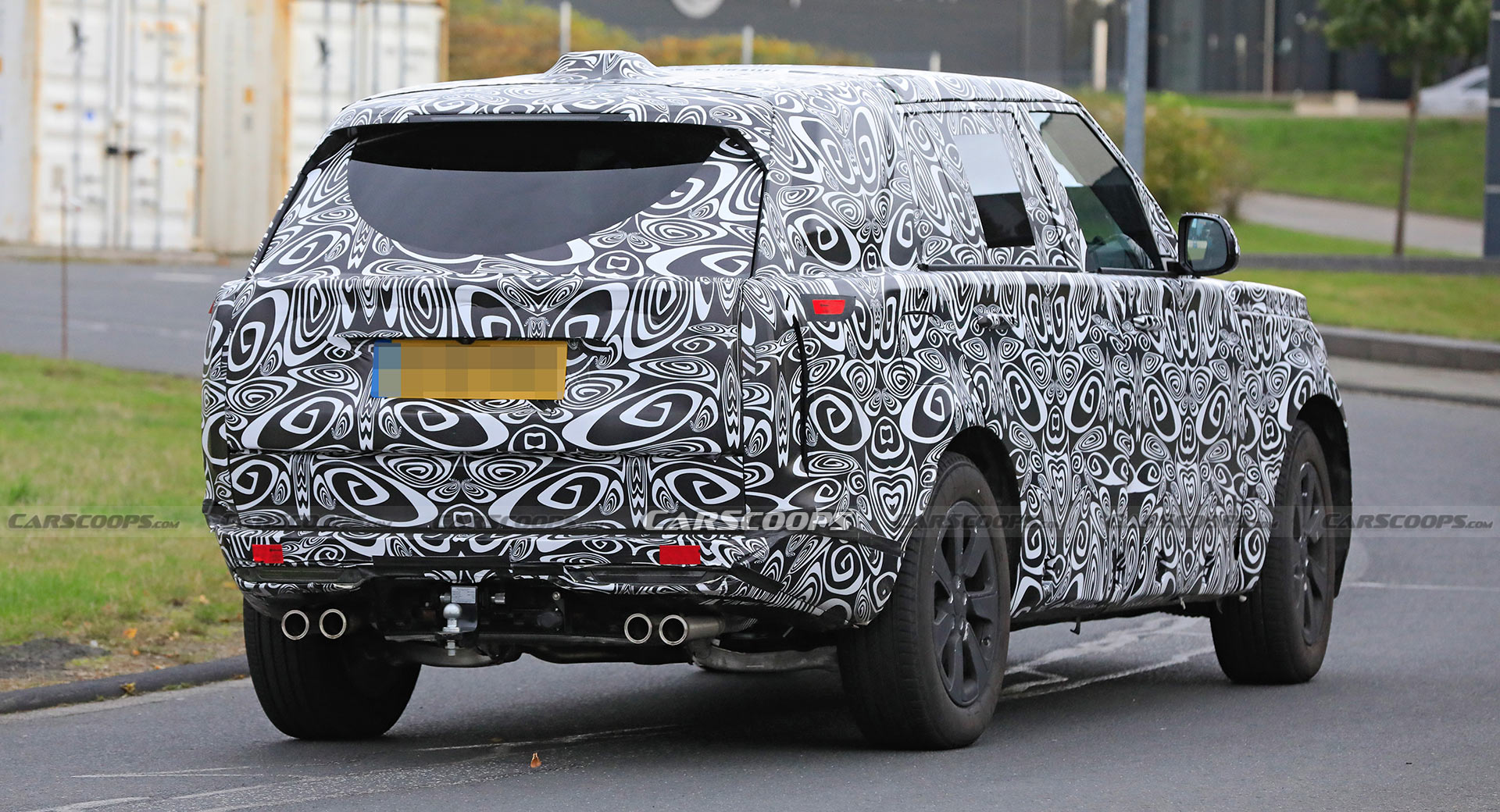 Elsewhere, we can see that this prototype has four tailpipes, indicating that it is powered by a V8 engine. In addition, spy shots reveal the 2022 Range Rover LWB will feature an all-wheel steering system to improve its maneuverability at low speeds and stability at high speeds.

Watch Also: See And Listen To The 2022 Range Rover Testing On The Nurburgring

Underpinning the new vehicle will be Jaguar Land Rover’s Modular Longitudinal Architecture (MLA) that the next-generation Range Rover Sport and Jaguar XJ will also use. This platform uses aluminum extensively in its construction and will ensure the new Range Rover is significantly lighter than the outgoing model. This architecture will also give Land Rover the flexibility to offer mild-hybrid, plug-in hybrid and all-electric versions.

Other powertrains will include a host of six- and eight-cylinder petrol and diesel engines. The flagship engine will take the shape of a BMW-supplied 4.4-liter twin-turbo V8 that replaces JLR’s supercharged 5.0-liter V8.

Land Rover could take the covers off the new Range Rover before the end of the year.