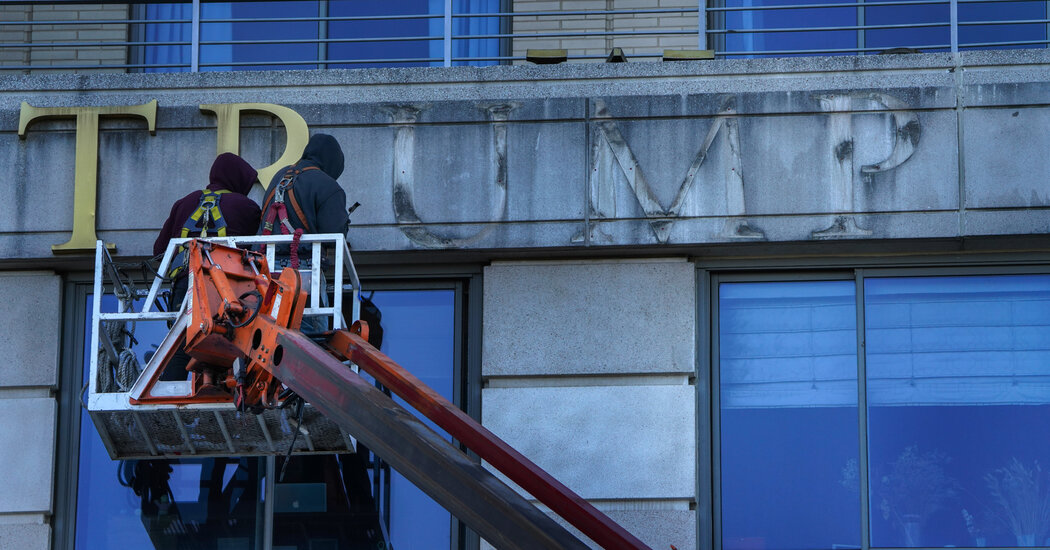 In the final weeks of the presidential race, President Trump cannot seem to stop harping on New York City.

“Look at what’s happened to New York, it’s a ghost town. It’s a ghost town,” he said at the debate on Thursday night. “For so many years I loved it, it was vibrant. It’s dying, everyone is leaving New York.”

For the president, belittling New York seems to serve two purposes: It appeals to his base as a campaign strategy, and allows him to address personal scores with his foes.

While many New Yorkers feel that Mr. Trump has turned his back on the city, the feeling is mutual with Mr. Trump. The city overwhelmingly voted for Hillary Clinton in 2016. There were protests when he returned to Trump Tower. His name was stripped from skyscrapers.

Democratic prosecutors in New York are digging into his family’s finances, and Democratic leaders, like Gov. Andrew M. Cuomo and Mayor Bill de Blasio, frequently accuse him of betraying his hometown.

The president is now balking at granting New York more coronavirus recovery funds, despite entreaties from Representative Peter T. King to reconsider. But the constant taunting from Mr. Cuomo and Mr. de Blasio — including painting “Black Lives Matter” on the street in front of Trump Tower — does not help, Mr. King said.

In May, Mr. Trump said that he would visit New York City, where more than 20,000 people have died from the coronavirus, “when things calm down.” He has not done so.

Jesse Garcia, a county Republican leader on Long Island, said Mr. Trump had shown his love for the city by providing relief funds through the $2 trillion CARES Act in March and sending the Navy hospital ship U.S.N.S. Comfort to the city, along with the Army Corps of Engineers.