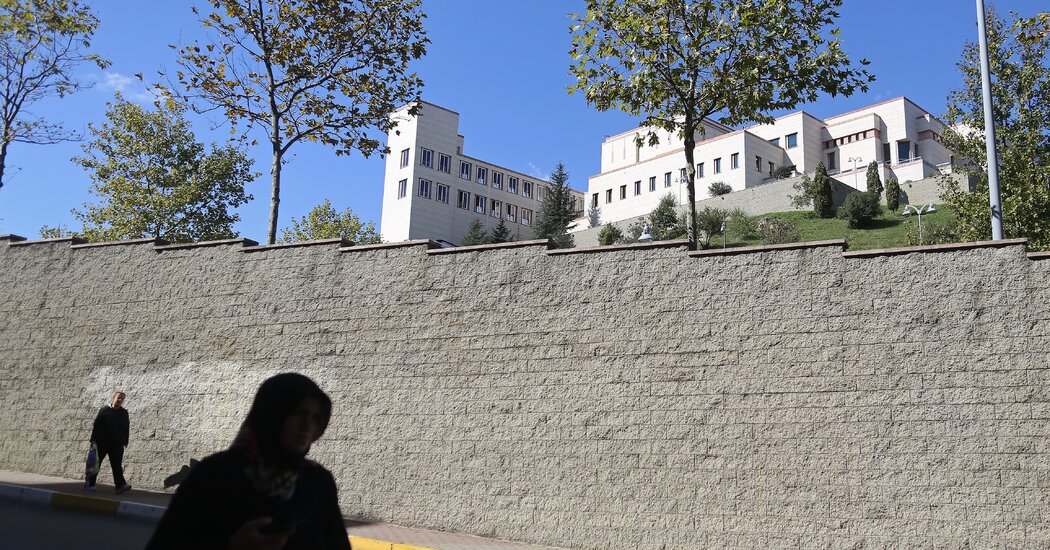 A Turkish court on Tuesday sentenced a Turkish employee of the American Consulate in Istanbul to more than five years in jail after finding that he had knowingly aided a terrorist group.

Nazmi Mete Canturk, who worked as a security guard, is one of three Turkish staffers at U.S. Consulates facing similar charges, a situation that has raised tensions between the two longtime allies.

U.S. diplomats maintain that the charges against the employees are baseless, and critics of Turkey have said they amount to political hostage-taking. Since 2017, the men have been in jail, under house arrest or under travel restrictions, despite protests from American officials.

Mr. Canturk was charged with being a member of a religious organization led by the Islamic cleric Fethullah Gulen, whom President Recep Tayyip Erdogan has accused of masterminding a failed coup in 2016 from his self-imposed exile in Pennsylvania. The attempted coup left 251 people dead, mostly civilians, and wounded more than 2,000 others.

In the years since, Mr. Erdogan’s attempt to hold thousands accountable for their alleged involvement in the coup has drawn criticism from international rights groups.

Mr. Canturk was not immediately taken into custody on Tuesday because he still has a right to appeal. In all, he faces a sentence of five years, two months and 15 days. Mr. Canturk’s wife and daughter had also faced charges, but they were acquitted.

Mr. Canturk, whose trial began in June 2019, has been barred by the court from leaving the country.

In June, Metin Topuz, another longtime employee of the U.S. Consulate in Istanbul, was found guilty on similar charges and sentenced to more than eight years in prison. He is now serving his sentence.

Another consulate employee, Hamza Ulucay, worked as a translator in the U.S. Consulate in the southern Turkish city of Adana for 30 years before he was detained. He was convicted on the same charge in January, and was sentenced four and a half years in prison but was released after the court determined that his time had been served.

Since 2016, around 70,000 people have been brought before Turkish courts to face charges related to the coup attempt, some in mass trials of more than 100 people at a time. Many of the trials have taken years and are expected to continue through the appeals for several more years.