While the fourth-generation Ford Mustang won’t be viewed by anybody as a classic any time soon, there were a couple of variants that did stand out.

One of them was the SVT Cobra. This 2003 model, which is up for grabs through Bring a Trailer, is powered by a 4.6-liter supercharged V8 that’s mated to a six-speed manual gearbox and, according to the listing, shows 8,000 miles on its odo.

The exterior is painted in Redfire and looks reasonably aggressive thanks to the Roush Cobra package that consists of a custom front fascia, side skirts and rear valances, custom deck lid, a high-performance exhaust system, custom window banners and an optional rear wing. Back in 2003, this package retailed for $5,120, with the car priced at $35,065. 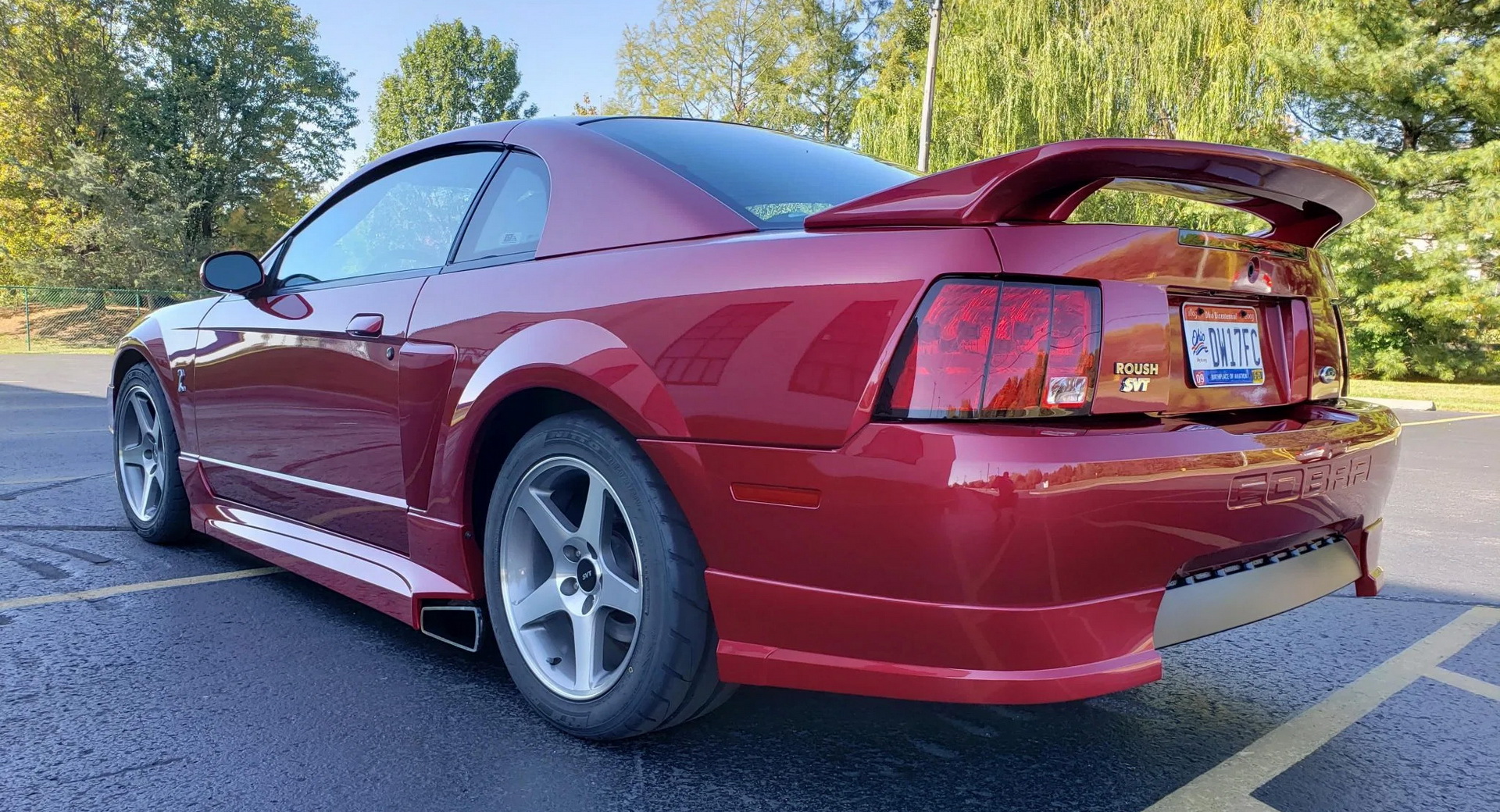 This Mustang also has factory 17-inch five-spoke wheels with SVT center caps, while the suspension and steering were said to be modified for increased driving pleasure with Bilstein coilovers, Competition control arms and more.

The interior is, well, not terrific. Sure, there are Dark Charcoal leather sports seats with suede inserts and embossed SVT Cobra logos, but if you know the fourth-gen Mustang, you pretty much know that the interior quality was definitely not its strong suit. Nevertheless, the car comes with air conditioning, a power-adjustable driver’s seat, aluminum pedals, split-folding rear seats and a Mach 460 audio system with a six-disc CD changer.