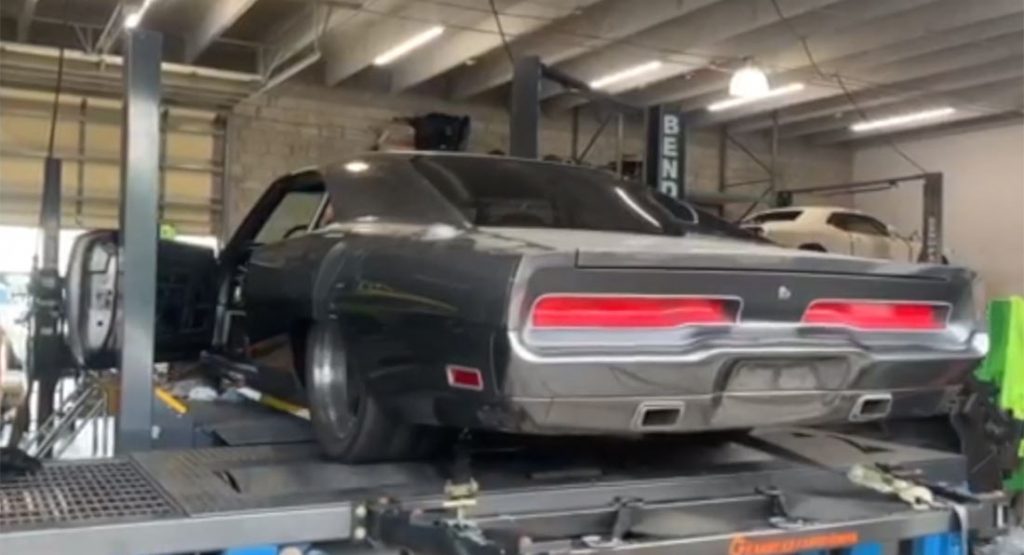 The 7.0-liter supercharged V8 Hellephant engine was unveiled a couple of years and recently started to reach the hands of customers. It has a claimed 1,000 hp and 950 lb-ft (1,288 Nm) and seems set to power a number of custom-built muscle cars, like this Charger from SpeedKore.

Limited details about this carbon fiber-bodied Charger are known, other than the fact that the newly-fitted Hellephant engine is coupled to a ZF 8HP90 eight-speed automatic transmission powering the rear wheels.

According to SpeedKore, it is still finalizing the tune for the car but when it’s all said and done, expects it to be pumping out no less than 900 hp through the rear wheels. When combined with the vehicle’s all carbon fiber body, there’s little doubt that this Charger will be an absolute weapon in a straight-line.

One really cool thing about the Hellephant engine from Mopar is that it is available with a $2,265 plug-and-play engine kit that suits most pre-1976 vehicles, meaning it is not all that difficult to install and get running.

SpeedKore has created some very impressive cars in recent years. The company first caught the attention of many back in 2015 when it unveiled another 1970 Dodge Charger lovingly known as ‘Tantrum.’ That vehicle is powered by a Mercury Marine Racing 9.0-liter V8 engine joined by a pair of 94 mm turbochargers and producing 1,650 hp.