We’ve been waiting a long time to catch a glimpse of a real-life Ferrari Purosangue and then just like that, this test mule was spotted at the carmaker’s grounds in Maranello.

It looks like some type of weird slammed Maserati Levante, or a mix between the Levante and the Porsche Panamera. Make no mistake, this is just Ferrari trying to keep the lid on the actual design of the Purosangue as long as possible.

What this vehicle does tell us is that the Purosangue will boast carbon-ceramic brakes and probably a quad-exhaust pipe setup, even though the far side of the rear end isn’t visible and we can only see the two pipes on the left side.

Related: Is There A Ferrari Purosangue Prototype Hiding Under This GTC4 Lusso?

As for the layout of the test mule, if the rear doors are anything to go by, then the Purosangue might not have the most generous rear legroom, but it’s obviously too early to tell. The production body will probably look very different, with maybe a larger front overhang, as one would expect from an SUV. Meanwhile, the doors could also be positioned differently between the two axles (more centered). 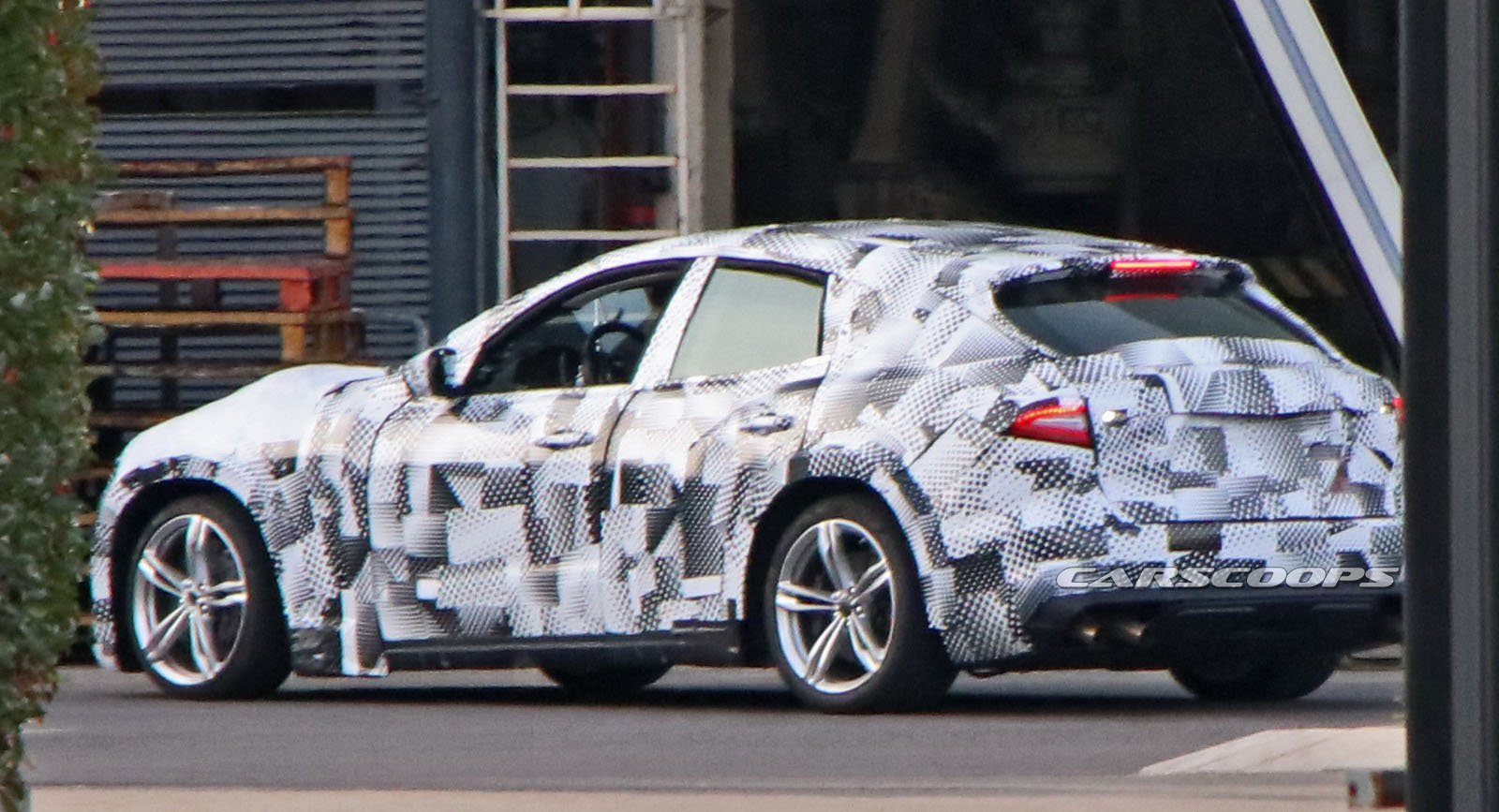 Overall, the Purosangue remains one of the industry’s best-kept secrets, and our guess is as good as yours with regards to interior layout and dashboard design. Ferrari will definitely need to go back to the drawing board in order to properly apply their skills towards the making of a reasonably practical people hauler.

Then there’s the drivetrain, which will most definitely feature all-wheel drive and enough power to challenge the likes of the Lamborghini Urus, meaning around 650 HP or so, if not more. Then again, if the Purosangue ends up weighing less than its rival, it could manage with less power than the Lambo – like say the 610 HP generated by the GTC4 Lusso T’s 3.9-liter twin-turbo V8.

Whether some type of hybrid technology will be used, that remains to be seen, but at this point it’s a clear possibility given the vehicle architecture.

Ferrari should hold the reveal for the Purosangue either sometime late next year or in 2022.