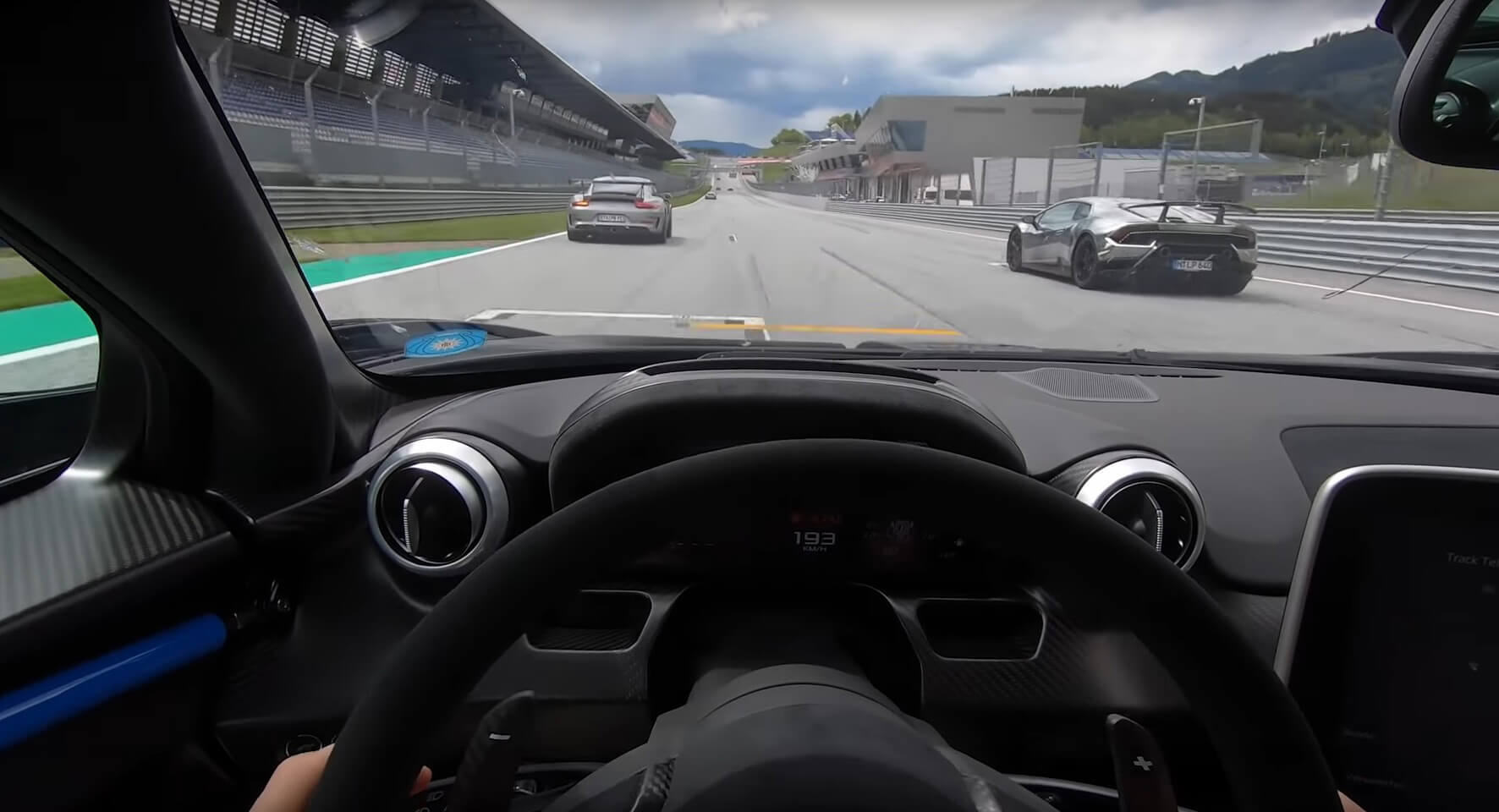 Despite its controversial looks, the McLaren Senna is an extremely capable machine with a skilled driver behind the wheel.

It holds the unofficial lap record for production cars at the Hockenheim GP circuit, having beaten the 720S by 5 seconds, and sits at the top of the chart on the Eboladrome, The Grand Tour’s test track, with a lap time that’s 4 seconds faster than the Lamborghini Huracan Performante’s.

The owner of this example sure knows what his British supercar is capable of and seems to possess the skills to put it through its paces against other fast vehicles. So, armed with a headcam and joined by a passenger, he proceeded to record his run at the Red Bull Ring in Austria during an open-track day, and shared part of the content online.