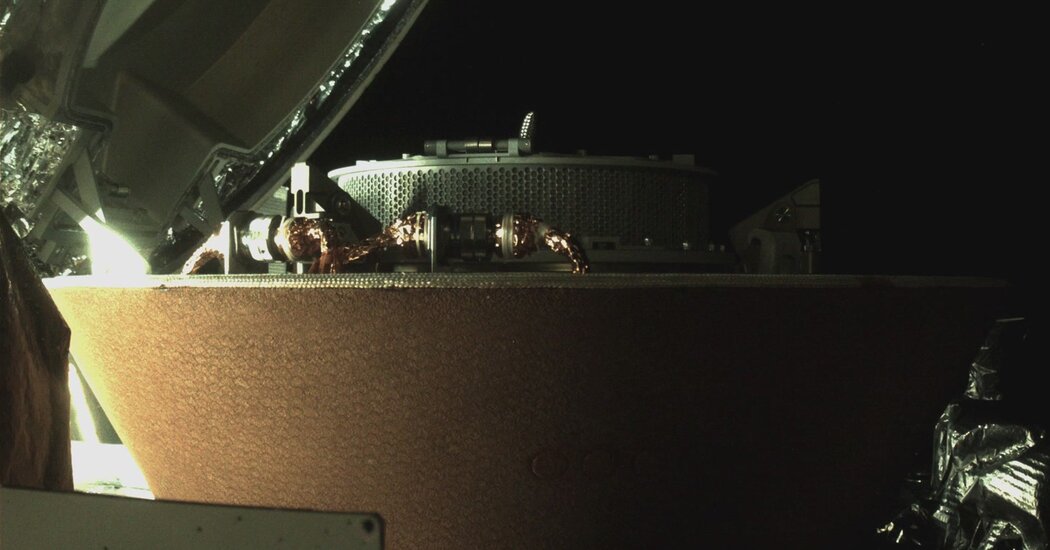 A NASA spacecraft 200 million miles away from Earth has packed up a sample of an asteroid it collected last week.

That chased away concerns that it had traveled for years across the solar system but lost much of the scientific payload it had gone to collect. The mission’s managers are now beginning preparations to head back to Earth.

“I am confident, and this team is confident, that we still have hundreds of grams of sample that we plan to bring back to the Earth,” Dante Lauretta, the principal investigator of the OSIRIS-REX mission, said during a telephone news conference on Thursday.

The OSIRIS-REX mission has been investigating a carbon-rich asteroid named Bennu for the last couple of years. Asteroids are fragments of the early solar system, largely unchanged since they formed 4.5 billion years ago. The carbon-based molecules in asteroids like Bennu could have provided the building blocks of life on Earth.

On Tuesday of last week, OSIRIS-REX — a shortening of the mission’s full name, which is Origins, Spectral Interpretation, Resource Identification, Security, Regolith Explorer — descended to the surface, plunging its collector, which resembles the air filter of a car engine, into what turned out be a very soft surface. It then backed away.

When scientists turned a camera on the sample collector, they were ecstatic that it appeared full, but also alarmed that material appeared to be escaping back into space. Some rocks had jammed open part of a flap designed to seal the canister closed.

Instead of conducting a spin maneuver designed to measure the mass of the sample, NASA officials decided that there was more than enough there and that it was more important to put away the sample in the return capsule before too much of the sample was lost.

As the canister was moved during the stowage steps, some more of the sample floated away. Dr. Lauretta estimated that tens of grams were lost.

“We’ve come to realize that the particle loss, which continued throughout the entire stow, was what I would call a saltshaker effect,” Dr. Lauretta said. “It’s sloshing around as a result of that and a few of the particles, a small fraction of the collected sample, is escaping.”

After the canister was lowered into place, the top of the return capsule swung down like a clamshell and was held closed by two latches, sealing the sample container inside and preventing the loss of any more material.

Along the way, Dr. Lauretta said visual inspection of the collection canister confirmed there was about 400 grams, or close to a pound, of material inside. But the camera could peer into only about 17 percent of the volume of the collector, so it is possible that much more mass lies within.

The mission aimed to bring back a minimum of 60 grams, or just over 2 ounces of the asteroid.

The operation, which took about 36 hours, was completed on Wednesday. Because OSIRIS-REX is so far away, confirmation of each command sent to the spacecraft took 37 minutes — the time for light to travel there and back.

“As you can imagine, in the mission support area, everyone’s completed every one of these steps, there was cheering,” said Sandra Freund, the mission operations manager at Lockheed Martin Space in Colorado. “The best cheering event of them all was here at the end.”

Dr. Lauretta said that the escaping particles did offer some unexpected science. One of the surprising discoveries during OSIRIS-REX’s visit is that particles erupt off the surface of Bennu into space. “The properties that we inferred of those particles are very similar to what we’re seeing escaping,” Dr. Lauretta said. “It looks like you dumped a box of cornflakes out in space, and they’re fluttering around kind of in random motion.”

Those observations “turn out to be a pretty cool science experiment,” he said. “We’re learning a lot about how these particles behave in microgravity.”

OSIRIS-REX is scheduled to depart from Bennu next spring and head back toward Earth. As it passes Earth in late September 2023, it will release the return capsule, which will parachute to a landing in Utah.