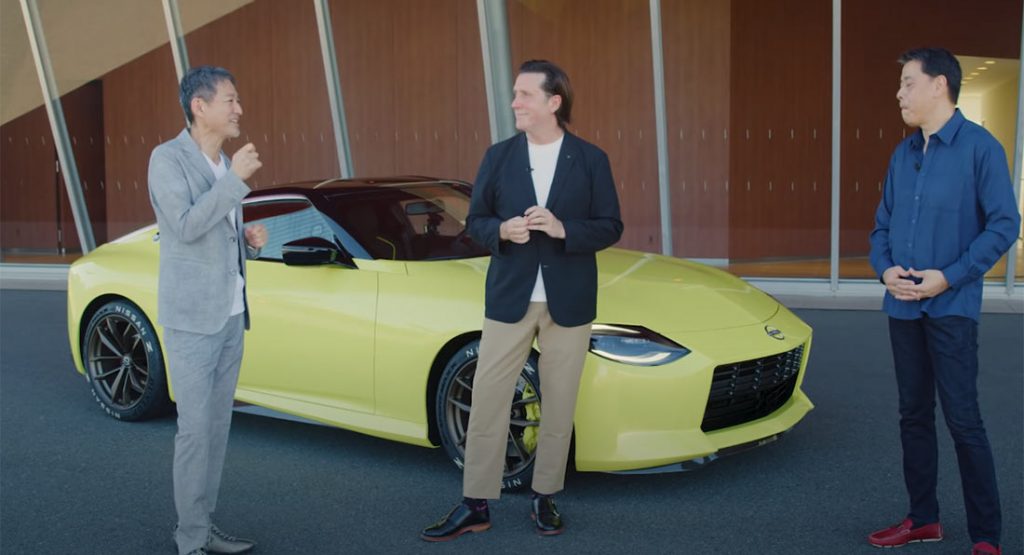 As Nissan readies the Z Proto for the production line, its chief executive officer, Makoto Uchida, recently had the opportunity to take the prototype for a gentle test drive.

The drive is featured in the video below that also stars senior vice president of design Alfonso Albaisa and chief product specialist Horishi Tamura. As you would imagine, Uchida says he is impressed with how the Z Proto drives (he’s not going to say it’s terrible, is he?) even though it is a very early prototype that appears to be based on the outdated Nissan 370Z.

While we all know that the Z Proto previews the next Z car and could be dubbed the 400Z, the Japanese car manufacturer is remaining tight-lipped about what changes will be made to it before it reaches the assembly line.

Design-wise, we expect the changes to be minimal, but are hopeful they include some tweaks to the controversial rectangular front grille. It also remains unclear just how many 370Z components from this show car will find their way into the production model.

One thing that’s practically certain is that the new sports car will be powered by a twin-turbocharged V6 as featured in the Z Proto. This engine is believed to have been borrowed from the Infiniti Q60 Red Sport 400 and displaces 3.0 liters. We expect it to produce roughly 400 hp and 350 lb-ft (474 Nm) of torque in 400Z guise, giving it a significant jump over the 332 hp and 270 lb-ft (366 Nm) muscled out by the naturally aspirated, 3.7-liter V6 of the 370Z. Coupled to the new twin-turbo engine will be a six-speed manual transmission.