The Ford GT is among the hottest used supercar right now and a unique Liquid Blue example is just the latest that’s up for sale.

According to the Bring A Trailer listing, this 2018 GT was first delivered to Shawnee Mission Ford in Shawnee, Kansas and has been registered in Montana since. Contrasting the Liquid Blue paint are Competition Orange stripes that give it a very unique appearance and make it look unlike any other example we’ve come across.

Elsewhere, it has staggered-width 20-inch gloss black aluminum wheels with titanium lug nuts wrapped in Michelin Pilot Sport Cup 2 tires that measure 245/35 up front and 325/30 at the rear. The massive six-piston Brembo front and four-piston rear calipers have been painted in a matching Competition Orange and bite down on 15.5-inch and 14.1-inch discs respectively. 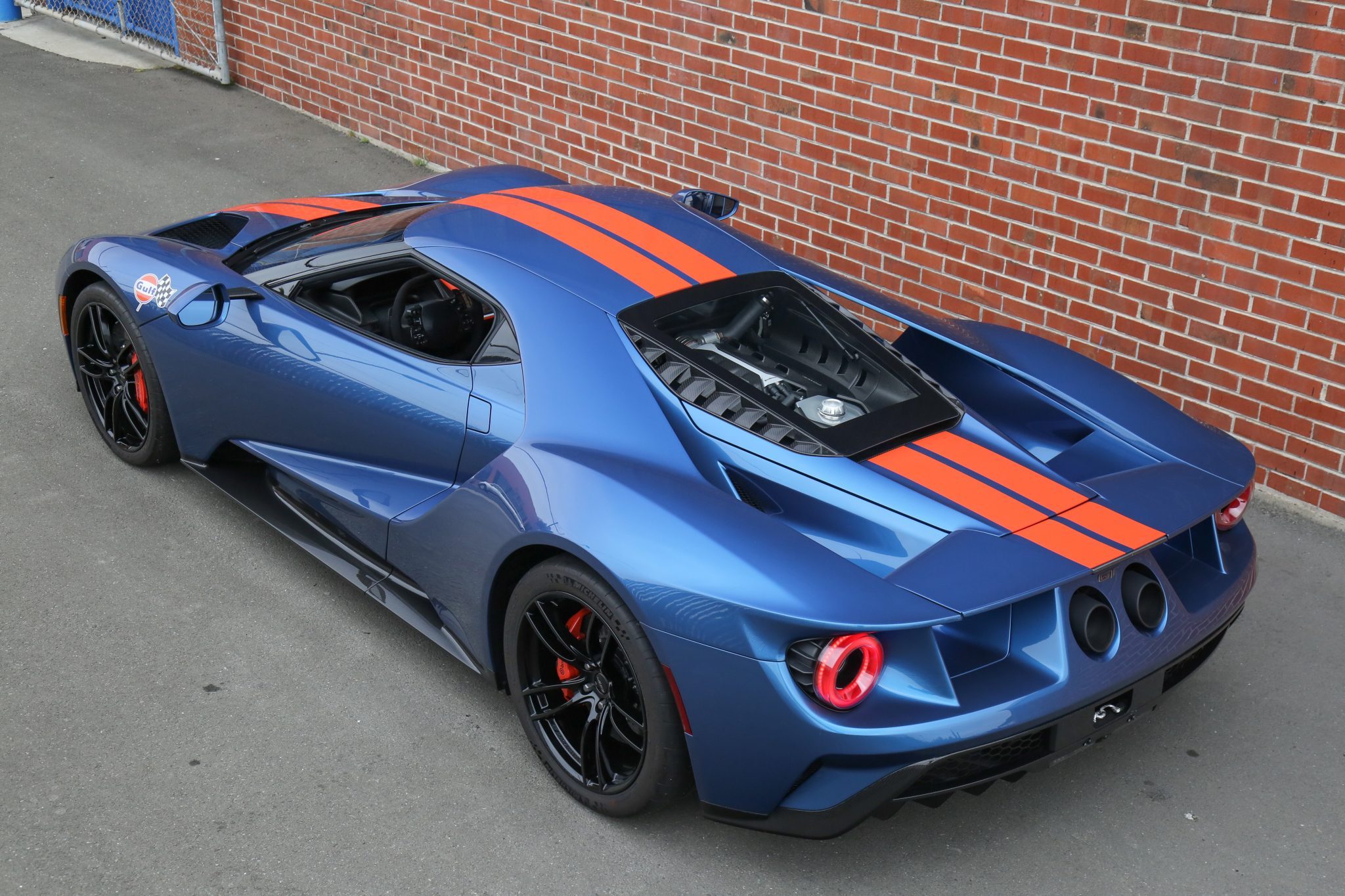 As for the interior, it features the ‘Launch Control’ package, the seats are trimmed in black leather and Alcantara and there’s a host of bright orange leather accents on the seats and dashboard. Further adding to its appeal is the exposed carbon fiber on the door sills, dashboard, and center console.

Moreover, like other GTs we’ve seen auctioned off in recent months, this example has very low mileage. It has been driven a touch under 300 miles (492 km) and has been clearly well maintained by its first, and only, owner.