Ferrari has revealed the new SF90 Spider, the droptop variant of the SF90 Stradale and the company’s first plug-in hybrid spider, during a special online event.

As expected, the new Spider version of the Ferrari SF90 features the same heavily electrified powertrain as the fixed-roof model, meaning a combined output of 986 HP (1,000 PS) and 664 lb-ft (900 Nm) of torque.

The astonishing power figures are a combination of a twin-turbo V8 engine producing 769 HP (780 PS) with three electric motors kicking out an additional 217 HP (220 PS). This also gives the SF90 Spider AWD, while the gearbox is the latest eight-speed dual-clutch automatic unit. 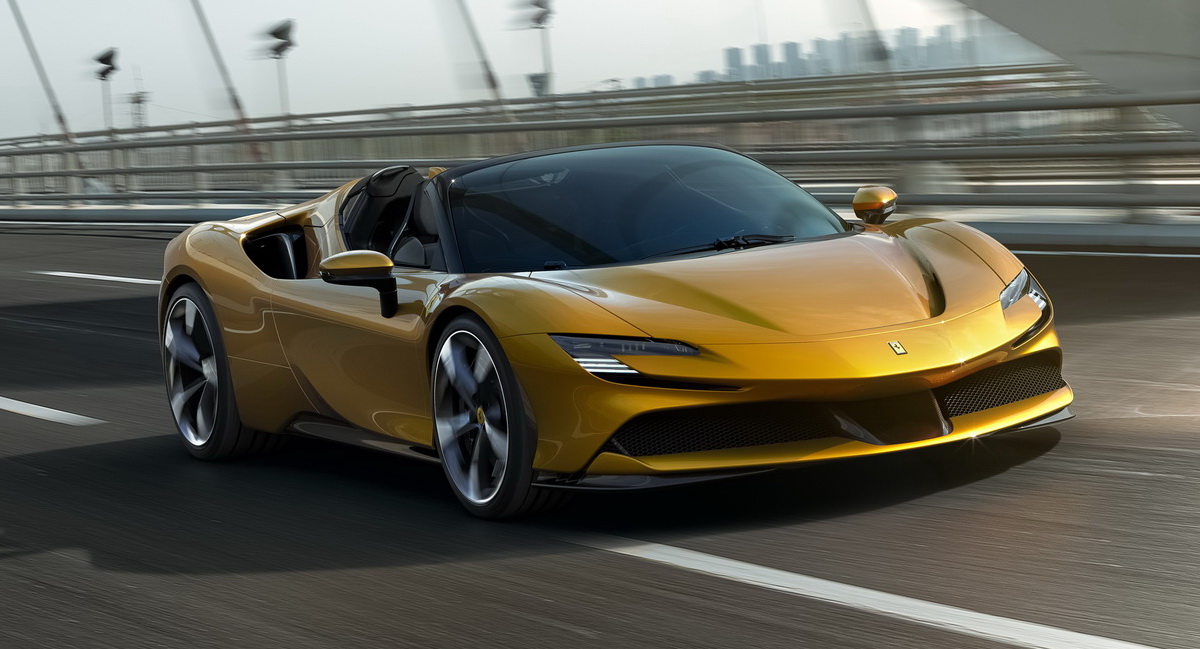 Turning the SF90 into a convertible comes with a 100 kg (220 lbs) weight penalty due to the necessary chassis reinforcements and the roof mechanism, with the new Spider tipping the scales at 1,670 kg (3,681 lbs).

The latest evolution of Ferrari’s retractable hardtop takes up just 100 liters of space when folded away and is 40 kg (88 lbs) lighter than a conventional retractable hardtop thanks to the aluminum in its construction. It also comes with an adjustable electric rear window and requires just 14 seconds for its operation. 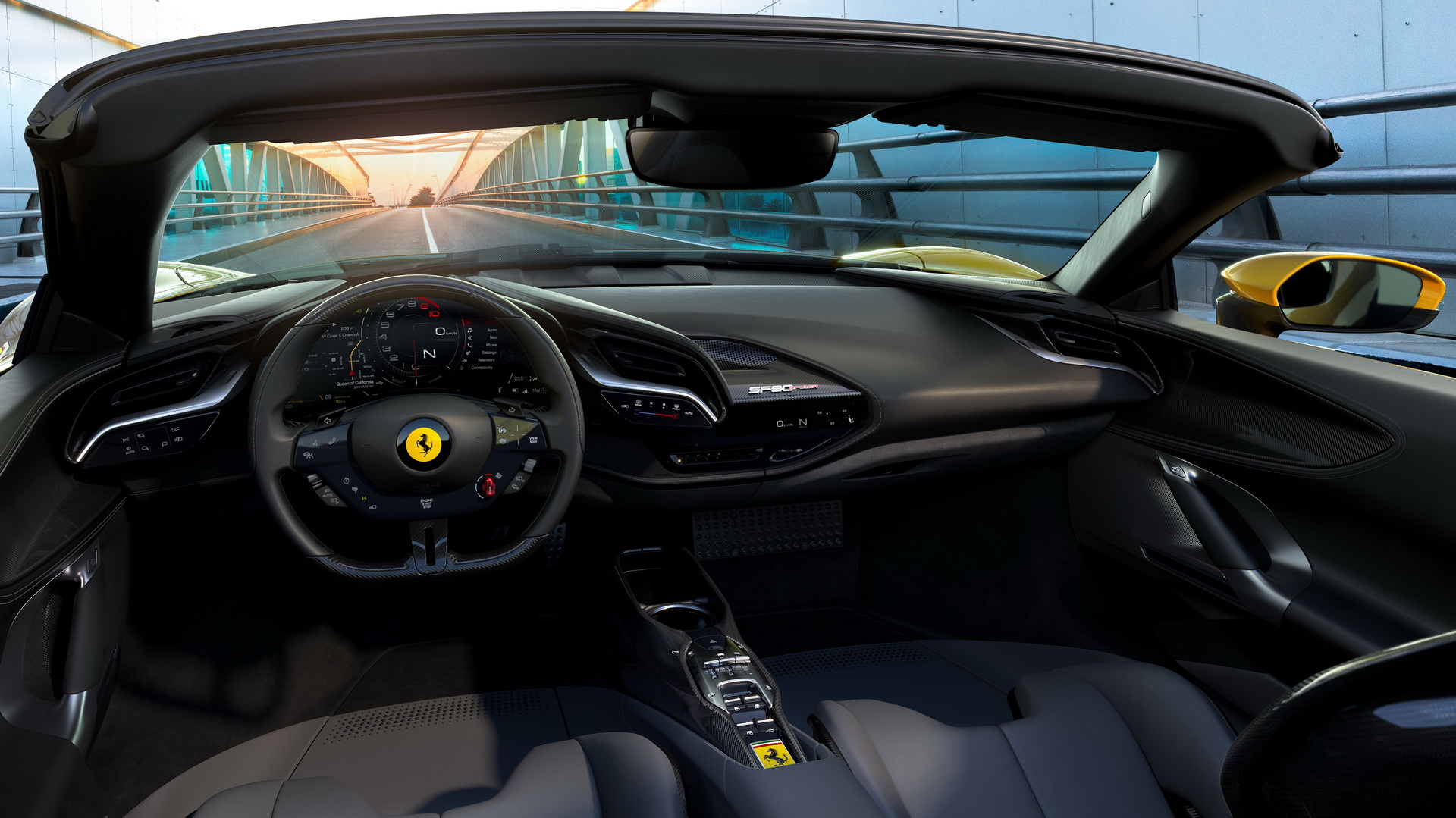 Ferrari says that they have shifted the cockpit forwards compared to the Stradale, lowered the roof by 20mm, and made the A-pillars thinner in addition to the windscreen which is now more raked.

The interior remains the same with the SF90 Stradale, meaning the same large 16-inch high-definition digital instrument cluster that’s also curved continues to steal the show, portraying a wealth of information and personalization options. There’s also a heads-up display and Ferrari’s latest touch-sensitive controls on the steering wheel and dashboard.

As with every new Ferrari, the 2021 SF90 Spider is offered with an extended 7-year maintenance programme that pretty much covers the service of the vehicle for the first seven years of its life.

Want something even spicier? The Assetto Fiorano pack is for you 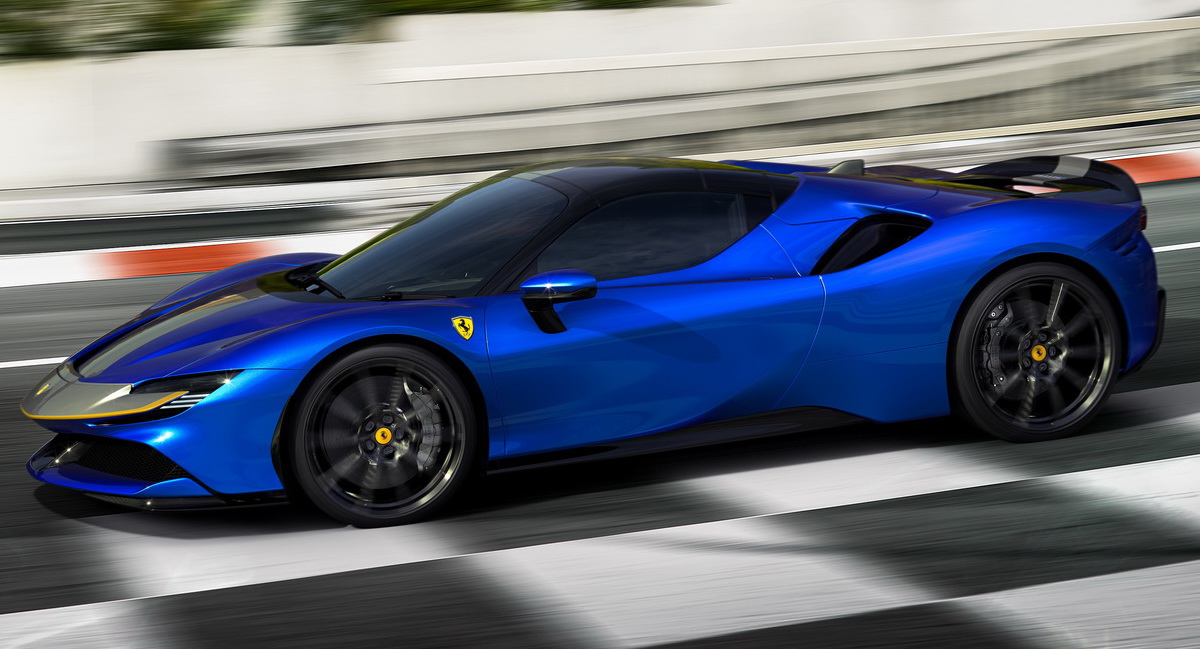 Ferrari also offers the optional Assetto Fiorano pack for the SF90 Spider, which includes a set of Multimatic dampers that are optimized for track use, a 21 kg diet thanks to the increased use of carbon fiber and titanium throughout the car, a carbon fiber rear spoiler and stickier Michelin Pilot Sport Cup 2 tires. Customers can also have their SF90 Spider Assetto Fiorano finished in a two-tone livery.