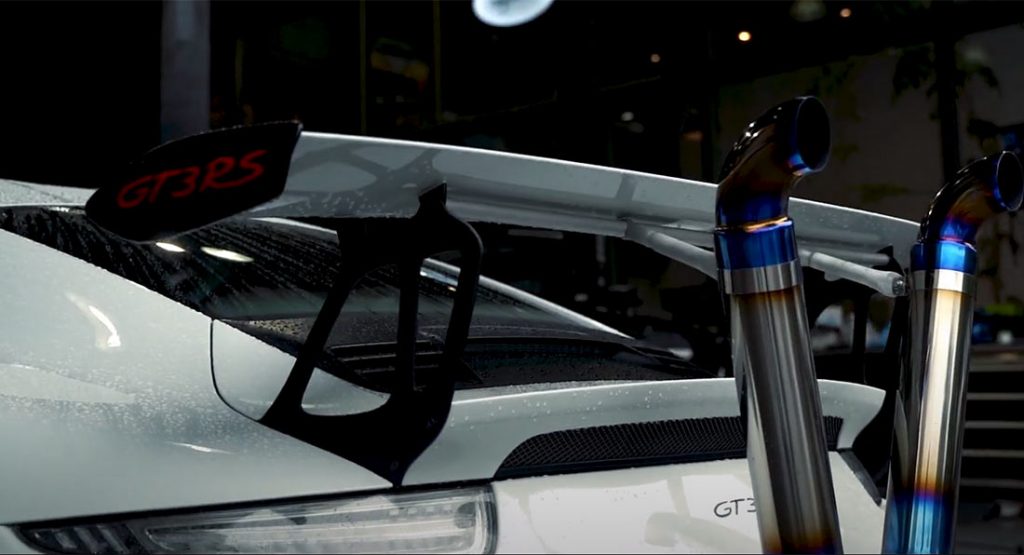 The Bōsōzoku sub-culture in Japan is home to cars and motorcycles that take styling to the extreme with massive wings, splitters and custom body panels.

One of the most well-known aspects of Bōsōzoku culture are the exhausts people fit to their cars, which often stretch towards the sky and are incredibly loud. Inspired by them, iPE recently developed a custom Bōsōzoku-style exhaust for the Porsche 911 GT3 RS.

This exhaust is a one-off and won’t be sold to customers. Nevertheless, it is very bold and makes this 911 unlike any other.

Watch Also: Video Of Bosozoku Cars Will Make You Question Everything

The exhaust is made from lightweight titanium and affixes to the standard item that iPE has developed for the GT3 RS, but extends up so the tailpipes sit in line with the rear wing. To ensure it is stable, it is affixed to brackets on the wing.

While the exhaust certainly looks the part, it does seem to muffle the screaming soundtrack of the car’s 4.0-liter naturally aspirated flat-six.

Japan’s Bōsōzoku sub-culture dates back to the 1950s and was originally a movement among motorcycle gangs protesting against mainstream society in Japan. Bōsōzoku literally means ‘running out of control’, and while the gangs that formed the sub-culture are no longer as prominent as they once were, the Bōsōzoku style of modifying motorcycles and cars remains strong.