Ferrari’s latest track-only weapon is called the 488 GT Modificata, and it is a limited edition model that employs technology developed for both the 488 GT3 and the 488 GTE. You can only use it during track days and at Ferrari Club Competizioni GT events.

Power comes from a twin-turbocharged V8 unit, with around 700 HP, which is more than on the GT3 and GTE variants. The new transmission ratios and carbon fiber clutch help manage the increase in power and torque.

Think of the 488 GT Modificata as a sort of mix between the 488 GT3 and the GTE, combining their most effective and innovative solutions, claims the carmaker. This new model also benefits from the fact that its powertrain is no longer limited by the FIA rule book. 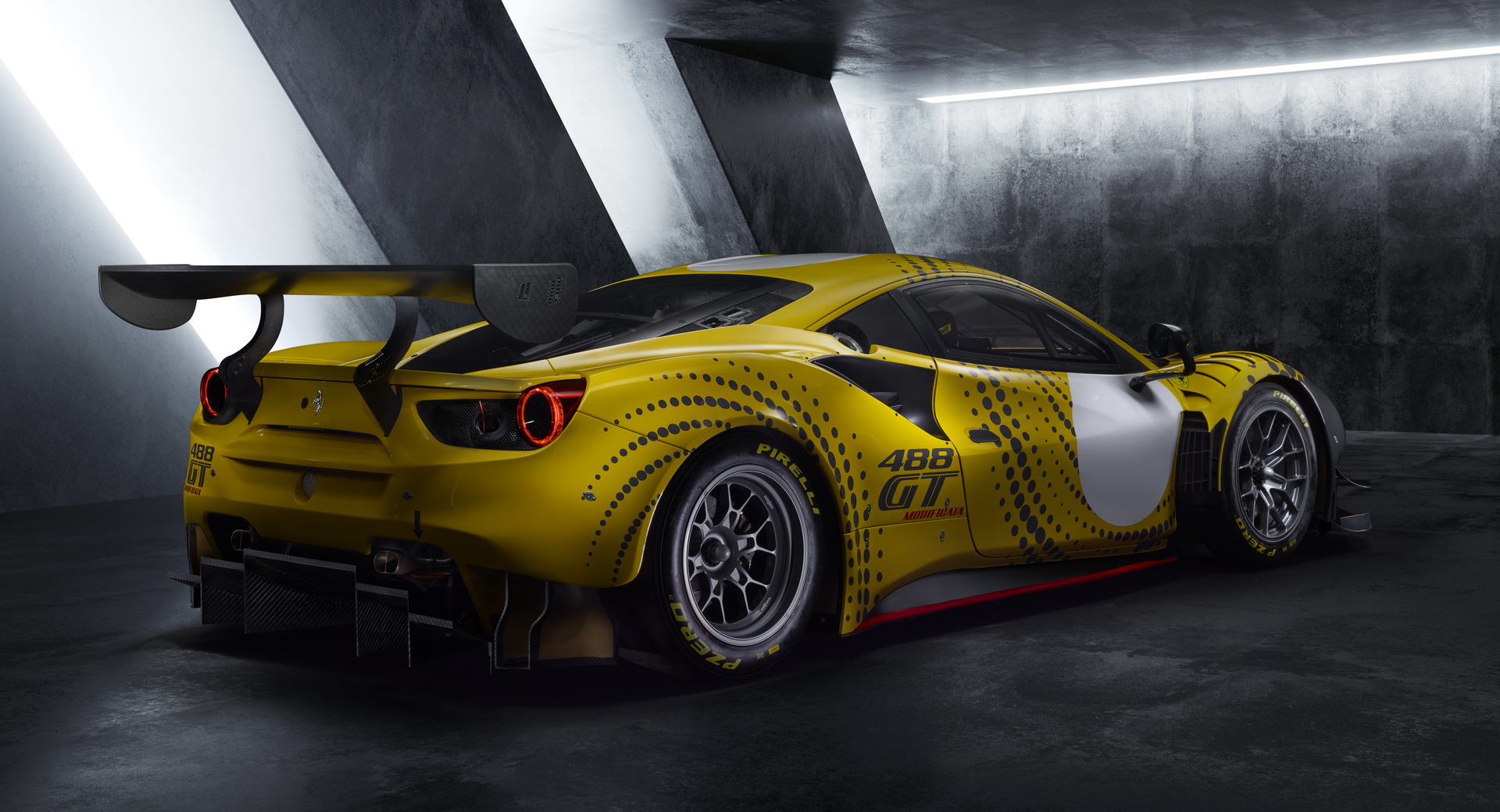 Like the 488 GTE, its body is almost entirely made from carbon fiber, apart from the aluminum roof and uprights that is. The braking system meanwhile was developed alongside Brembo, featuring low residual torque calipers like the ones fitted to world championship racers. The ABS system is borrowed from the 488 GT3 Evo 2020, but set up specifically for the GT Modificata.

Standard equipment includes a V-Box working in conjunction with Bosch’s telemetry data acquisition system, a high-resolution rear-video camera, second seat, plus the TPMS system for measuring tire temperature and pressure. As for customization, buyers can pretty much get whatever they want in terms of exterior and interior aesthetics.