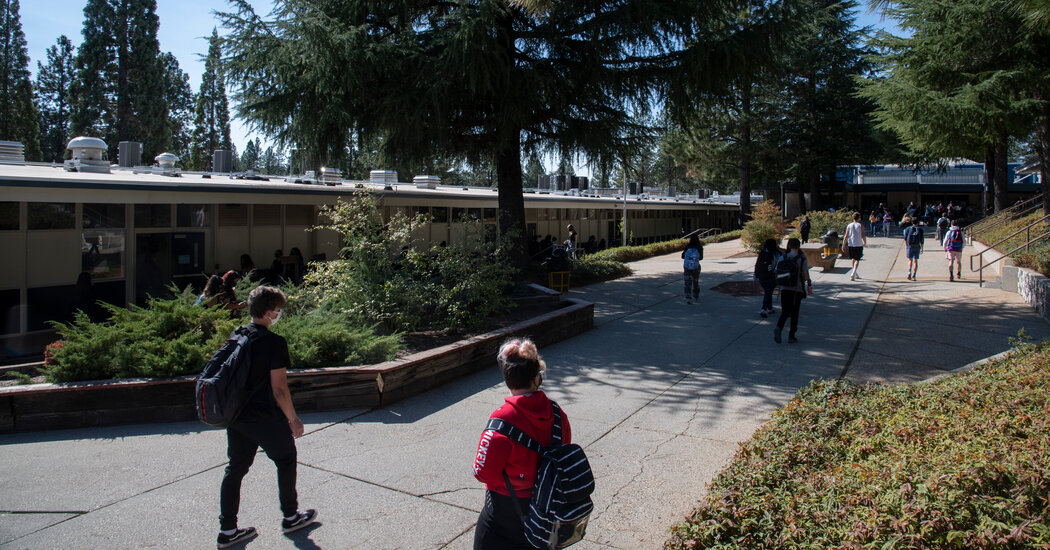 Seven families sued the state of California on Monday over the quality of education that their children are receiving at home this year, saying they have been left behind by the shift to remote learning during the pandemic.

The suit argues that a lack of attention to the realities of remote learning has exacerbated inequality in schools and deprived minority students from poor families of their right to an education.

“The change in the delivery of education left many already underserved students functionally unable to attend school,” the lawsuit, which was filed Monday in the Alameda County Superior Court, asserts. “The state continues to refuse to step up and meet its constitutional obligation to ensure basic educational equality or indeed any education at all.”

The plaintiffs include 15 Black and Latino students in Oakland and Los Angeles, who range from kindergartners to high school seniors. The suit details their individual struggles as they try to continue their education despite a lack of sufficient computers, internet access and instruction.

For two twins in Oakland, who were in second grade when distance learning began, the experience “barely resembled learning,” the suit said. Their teacher held remote classes only twice between March 17 and the end of the school year. When the twins’ mother asked why, the teacher responded that because some students could not connect to the internet, classes were canceled for everyone, it said. The mother “felt like her children had been written off.”

Representatives of the state of California could not immediately be reached for comment.

California schools, with more than six million students, have relied on mostly remote learning since March. Early progress reports this fall showed a sharp drop in performance as students struggled to learn from home.