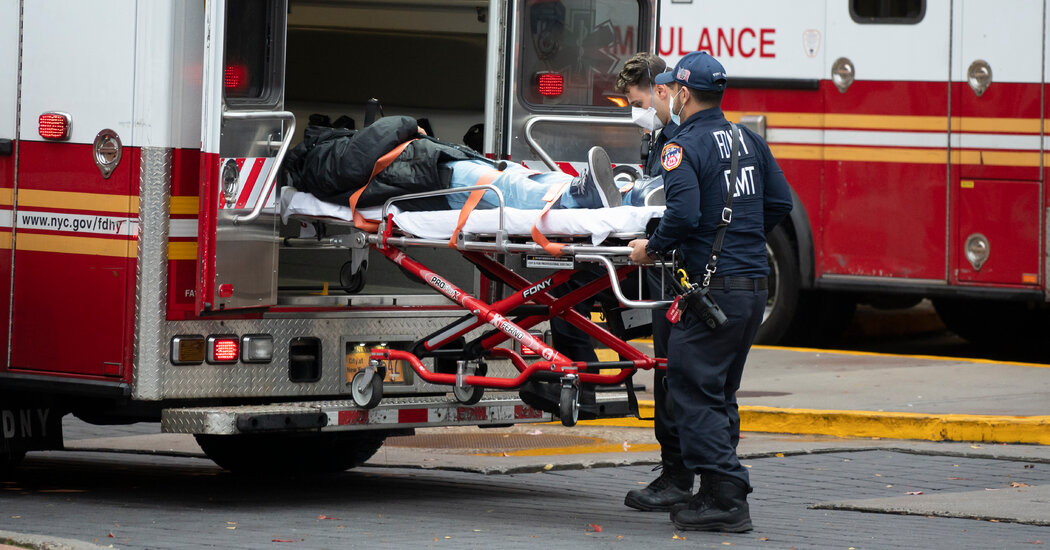 With a new administration and coronavirus vaccines on the way, there is hope for the United States, even as it grapples with the appalling milestone of more than one million new coronavirus cases every week.

But for now, the nation has little alternative but to confront the dark winter ahead. “The next three months are going to be just horrible,” warned Dr. Ashish Jha, the dean of Brown University’s School of Public Health.

Some epidemiologists predict that the death toll by March could be close to twice the 250,000 figure surpassed only last week. Hospitals in some states are beyond capacity, while the number of deaths seem on track to easily surpass the 2,200-a-day average in the spring.

President Trump could help to save the lives of millions of his supporters by urging them to wear masks, in accordance with new C.D.C. guidelines, or avoid gathering indoors. But that seems unlikely to occur, many health experts said.

Had Mr. Trump heeded his medical advisers and adopted measures to curb new infections in late spring, he could have been the hero of this pandemic. Operation Warp Speed appears on track to deliver vaccines and therapies in record-breaking time, with the first doses of vaccine available to Americans as soon as later this month. Vaccinations are expected to go first to health care workers, nursing home residents and others at highest risk.

President-elect Joseph R. Biden Jr. will inherit the fruits of Operation Warp Speed and oversee their distribution. Speaking anonymously, members of his transition team said they were already discussing whether to create a secure way for vaccinated individuals to prove they have received both shots, and whether Covid vaccines should ultimately be made mandatory, as some experts recommend.

To do so may be a political struggle, but it is within American religious tradition and within the scope of American law.