Euro NCAP has released the results of its latest batch of tests, which saw seven new vehicles being crashed, including the Land Rover Defender, Honda e, Audi A3 Sportback, Seat Leon, Isuzu D-Max, Kia Sorento and Hyundai i10.

The Sorento, Euro-spec D-Max and the A3 and Leon siblings were also awarded with the maximum safety rating, but the Honda e did not qualify for the top award. The electric supermini scored only four stars, with its Adult and Child occupant protections being rated at 76 and 82 percent respectively, plus another 62 percent and 65 percent respectively for the Pedestrian and Safety Assist.

Driven: Land Rover’s New Defender Might Be The Ultimate SUV 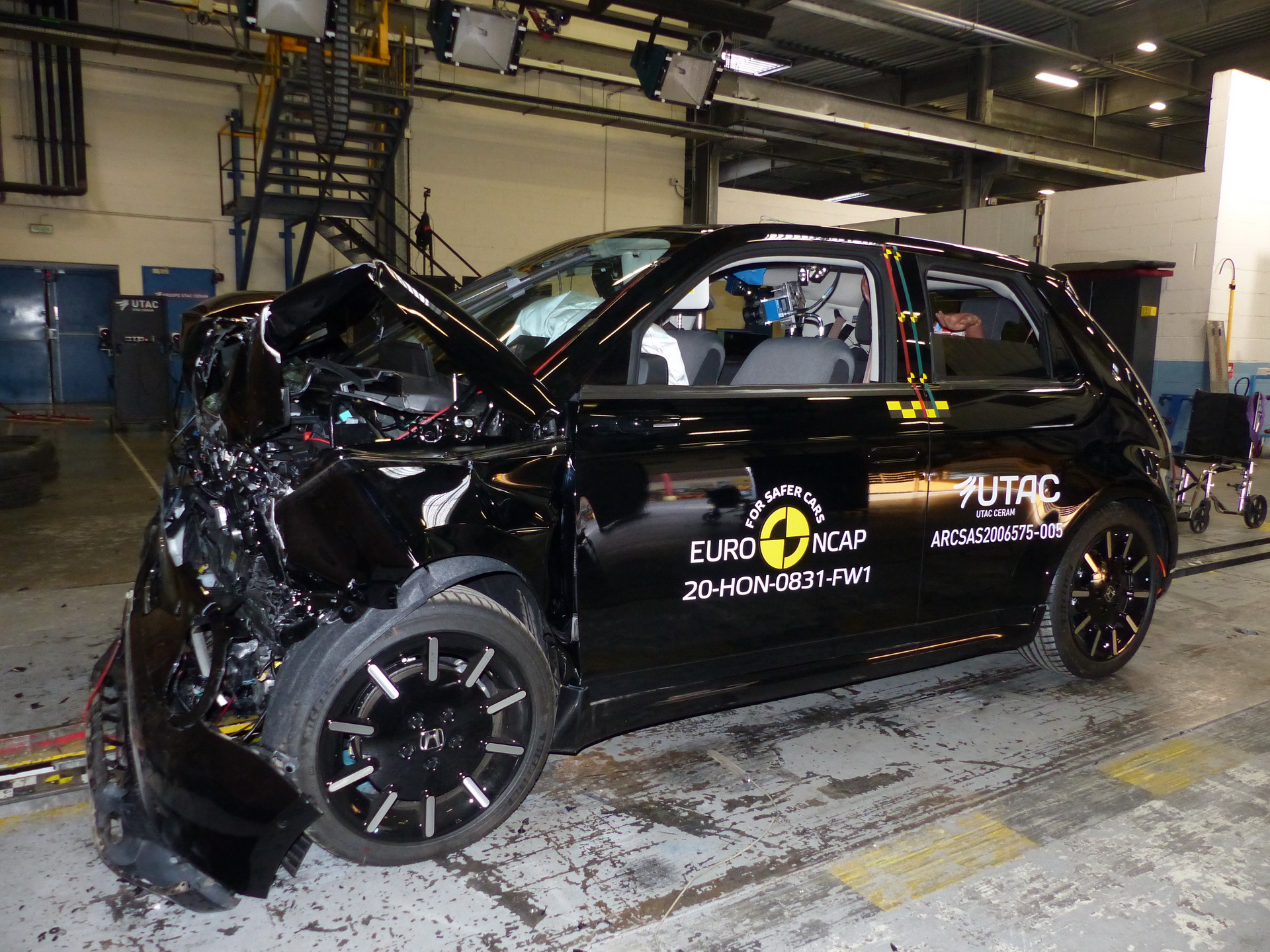 As the driver’s pelvis slipped under the lap belt in the full-width frontal impact, and due to its limited automatic emergency braking functionality, the Hyundai i10 city car performed even worse, as it ended up with three stars overall.

“Poor crash compatibility between vehicles has been a problem for years”, said Euro NCAP’s Secretary General, Michiel van Ratingen. “Now, in 2020, we have a frontal test which can assess how a vehicle performs in this regard and can penalize those cars that perform poorly. This is a first for safety assessment and should lead to better, more compatible designs in the future.”

Aside from the aforementioned vehicles, the European safety specialists have also evaluated several electrified models such as the Renault Captur E-Tech, the hybrid versions of the Peugeot 3008 and 508, plus the all-electric e-208, which were all rated at five stars.