Team Fordzilla (Ford’s virtual racing) has released a full-size model of its first-ever race car. The virtual race car’s design was crowdsourced via social media and has now been brought into reality.

According to Team Fordzilla, it took designers seven full weeks to actually bring this wild design into reality. That’s because the design not only features a jet-style canopy and an exposed rear-end, but a monocoque, too.

The design was decided on by gamers on Twitter. More than 250,000 votes were cast over the course of a development process that took place over the course of a few weeks in March. Voters were invited to select between a pair of design concepts and the winner went onto the car.

“We discovered that gamers make the perfect co-designers,” said Amko Leenarts, Ford’s European design director. “It makes perfect sense when you think about it. Gaming, especially e-sports, is all about the thrill of movement, being fast, agile, competitive and most of all being enjoyable.”

🏎You vote. Together, we create.#TeamFordzillaP1 – Poll 6️⃣
Want to let everyone see the power you’re packing? Or keep things hidden, and let the race do the talking?
Pick your powertrain style 👇

To ensure it feels good in the virtual world, though, Team Fordzilla has specifically asked for feedback from younger gamers who might not have their license yet. That will keep it feeling exciting and centered around the gaming experience. 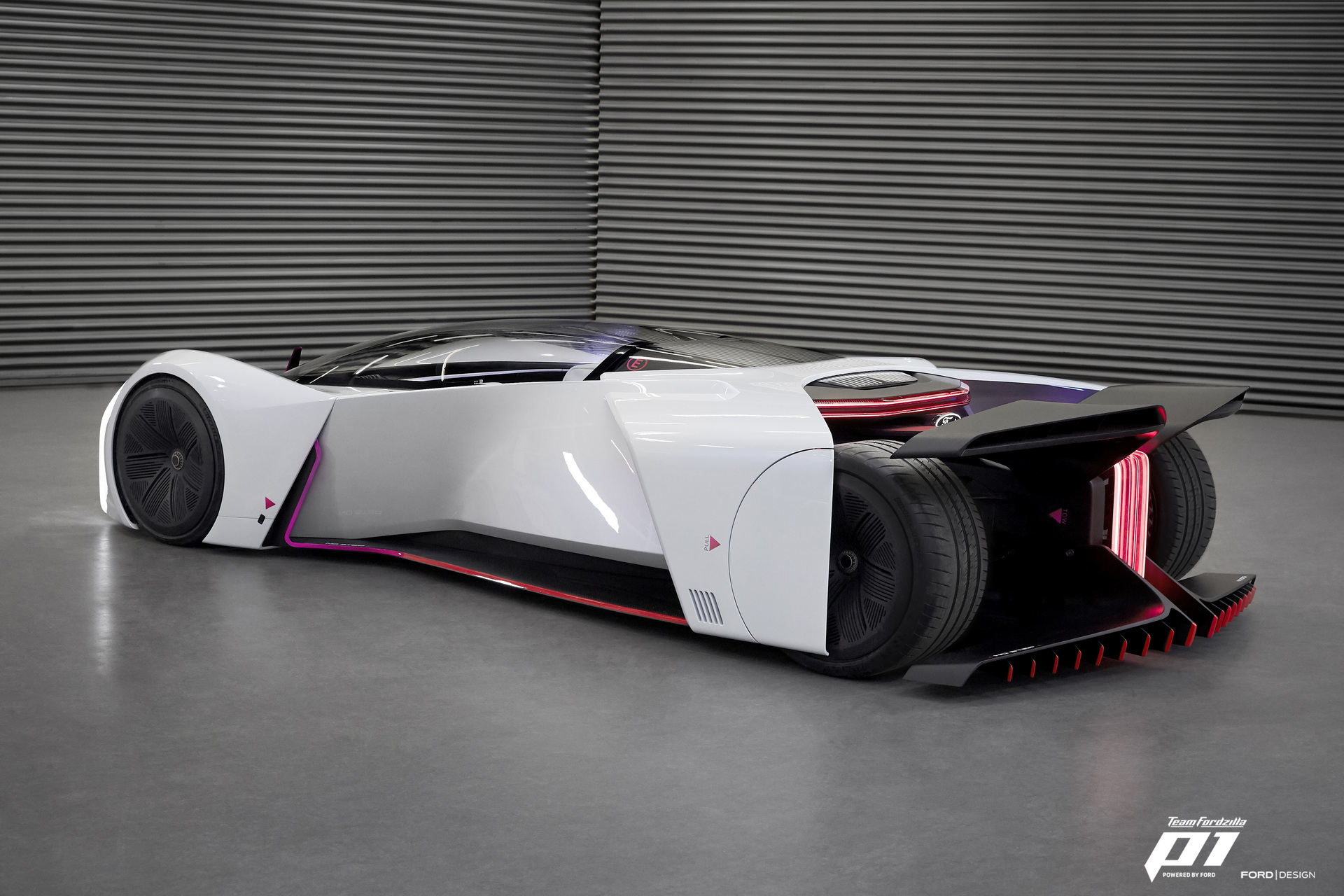 Just what game the P1 will actually feature in has not yet been announced. Team Fordzilla’s drivers tend to race in iRacing, but this feels a little more like a Forza or a Gran Turismo car. Cars designed for the Gran Turismo series, though, tend to wear the Vision GT moniker.

Whatever racing game it ends up in, Ford plans to bring this model around the world with it when big events are possible again.