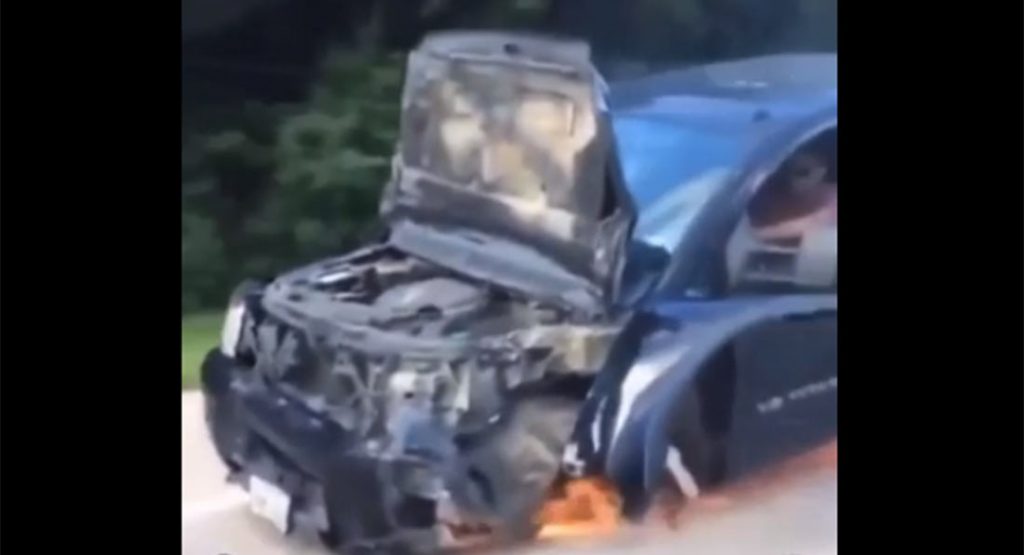 Cars are designed to be driven on four wheels and tires, but as this video shows, you can also do it on three wheels – not that we’d recommend it.

We stumbled upon this clip on Reddit and have very few details about it. Nevertheless, it left us scratching our head as to how some people are actually allowed to drive on public roads.

In the video, a man can be seen driving a dark blue Nissan Titan down the road with the driver’s side front wheel completely missing. In fact, it actually looks like the brake disc is also missing and the truck appears to be driving along on its hub spewing out sparks.

The truck has suffered quite a lot of damage across its front fascia, with the bumper wrecked and the hood flipped open, forcing the driver to look out of the side window to see where he is going.

It’s reasonable to assume that shortly before this video was filmed, the pickup truck was in some kind of accident and rather than waiting for a tow truck to transport his Titan, its driver decided to just go on, putting not just himself but everyone else around him in danger.