The GMC Hummer EV came out to great acclaim this year. Acclaim that was less forthcoming for the Blazer, which wasn’t exactly the Bronco competitor the original one was. Enter the Boulder.

The creation of one Ryan Schlotthauer, a Transportation Design student in Detroit, the Boulder is an electric off-roader designed to take on the likes of the Bronco and the two-door Wrangler.

“In my designs I always aim to find the right blend of aesthetics with functionality and to challenge how people can use vehicles,” Schlotthauer told us via email. “Using an electric platform allowed me to use a unique graphic breakup of the vehicle.”

Read Also: Will Someone Make This BMW M4 Off-Road Camper? 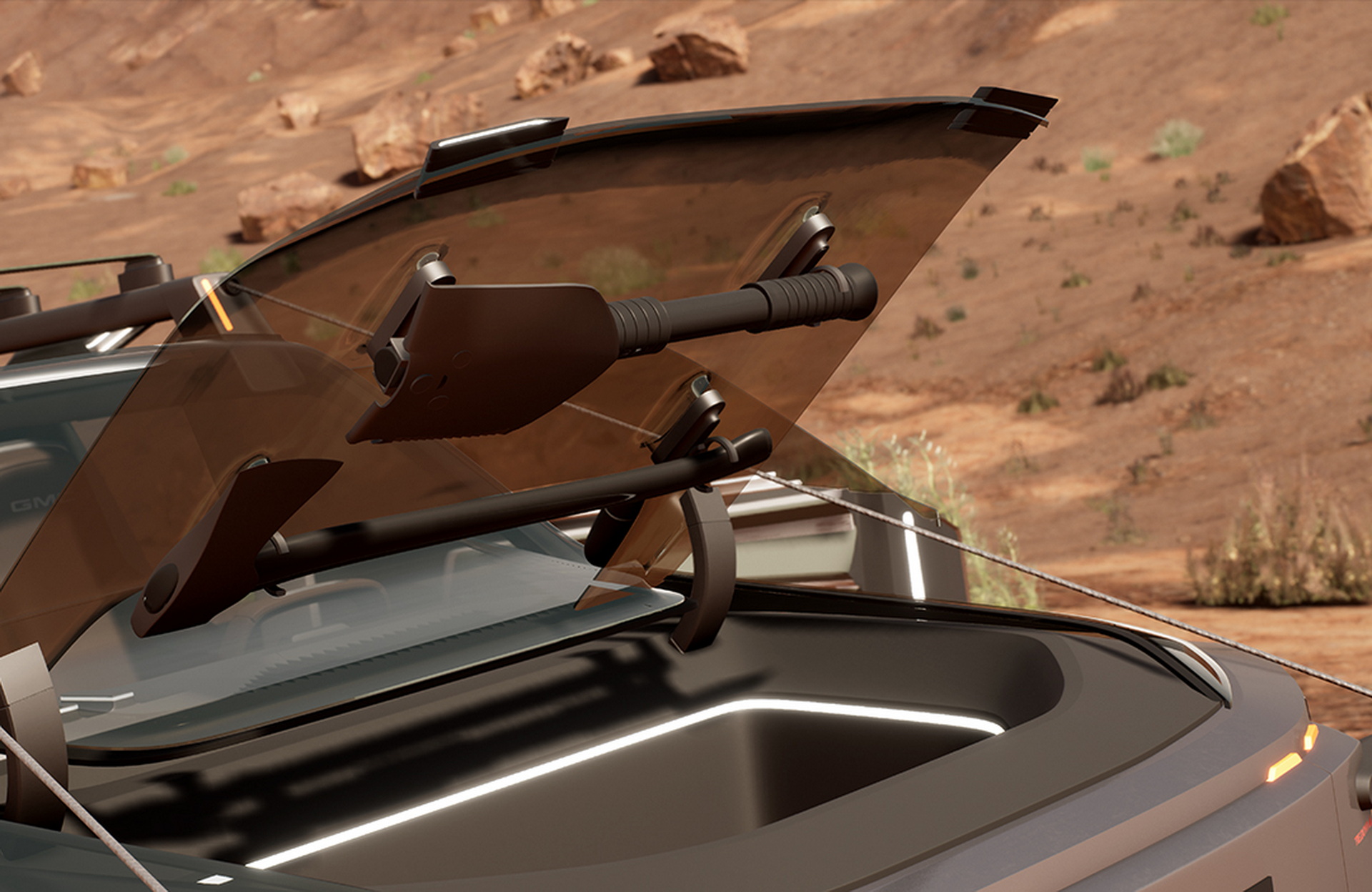 The frunk is quite interesting, as it’s covered with a green acrylic that acts as built-in sunglasses, according to Schlotthauer, and allows the driver to look directly into it.

Despite being inspired by the competition like the Bronco, the Boulder is actually quite small. “The vehicle is built for two and maximizes storage in every-way with attachments,” said its creator. “Boulder is built for escaping the everyday life and making GMC standout as a premium off-road brand from its sister company Chevy.” 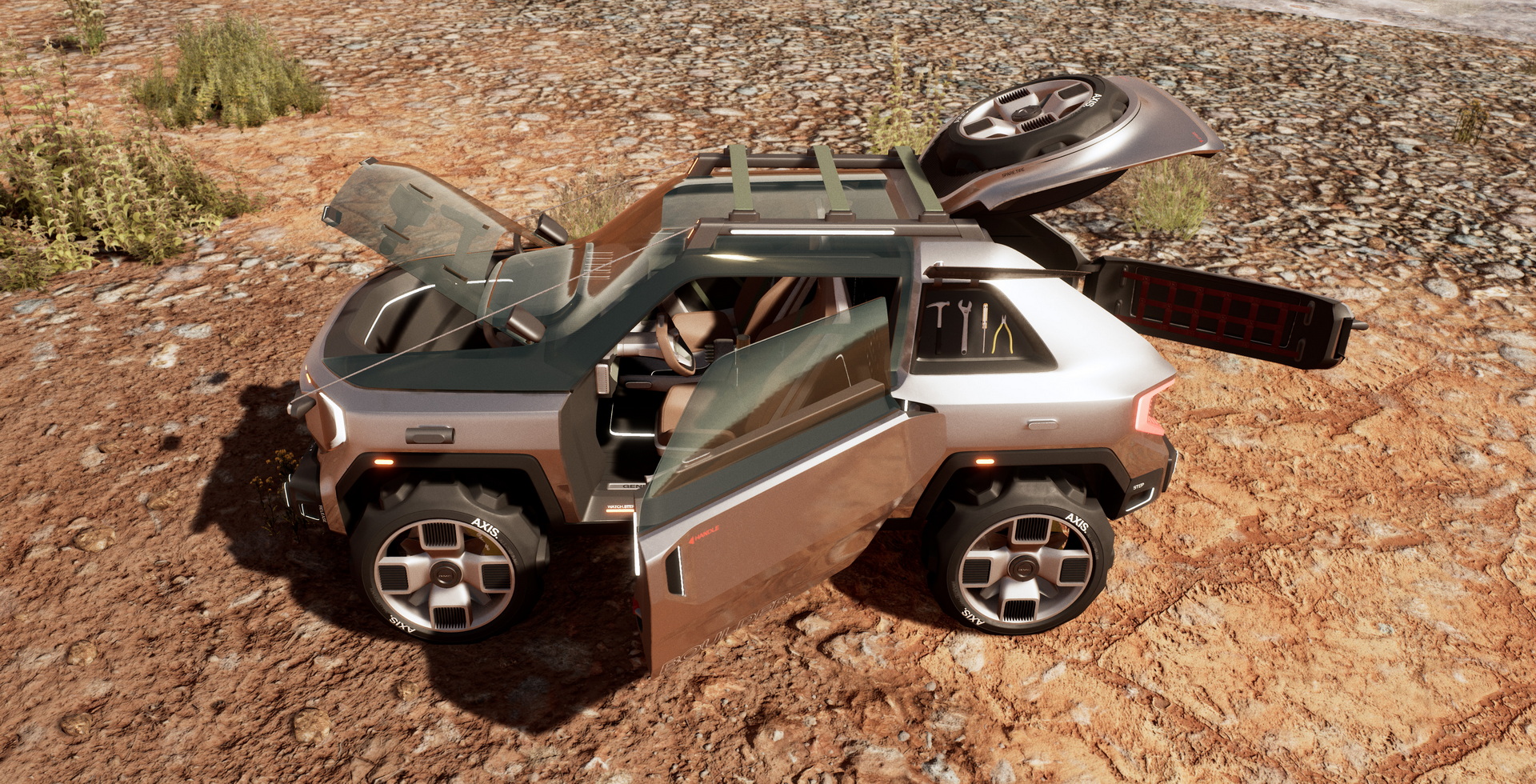 Indeed, the concept’s interior takes into account the lack of a transmission tunnel. With lots of space next to and ahead of the driver, the Boulder feels spacious despite its size. To our eye, the Boulder’s boxy design also gives it a bit of a Suzuki Jimny vibe, suggesting it might be small but it’s capable as well.

Note: This is a render by Ryan Schlotthauer and is not related to nor endorsed by GMC