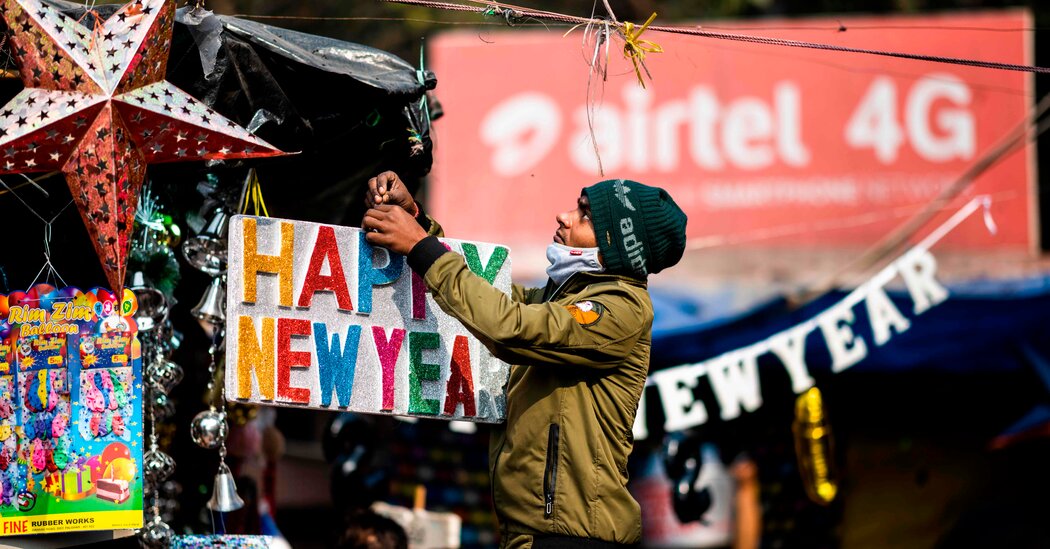 The authorities in India are imposing a night curfew in the capital, New Delhi, restricting celebrations in a metropolis known for hosting grand events on New Year’s Eve after more cases of a new variant of coronavirus were reported across the country.

On Thursday, the country reported five new cases of the variant, which first emerged in Britain, pushing the total detected to 25, according to India’s health ministry officials. And officials said they feared any new additions could mean the variant was spreading.

India’s health ministry said public gatherings in the capital would not be allowed on Friday and Saturday from 11 p.m. to 6 a.m., restricting gatherings to five people in public places.

The federal government also advised states to consider a series of restrictions, including for large gatherings around national monuments, where thousands of people gather for New Year’s Eve, a trend that has picked up in recent years.

Officials at Delhi’s Disaster Management Authority said the curfew decision came after reviewing the threat posed by the new strain of the coronavirus, which it said poses a considerable threat of the virus spreading quickly and may cause setbacks to gains made in recent months.

September was particularly bad in India. That month, the country reported days with 90,000 or more cases. Still the national death rate has remained low, at 1.5 percent. This week, the seven-day average is just above 20,000 cases a day.

Many politicians from other states, including ones where tens of thousands of people arrive to celebrate the New Year, are demanding a night curfew for the holiday.

Vishwajit Rane, a health minister in Goa, said his government was also considering a night curfew before the celebrations start, along with Delhi and other states, including Karnataka, to ensure the virus doesn’t spread even as his state, a major tourist destination, lifted restrictions on gatherings recently.

In other developments around the world:

• All travelers entering Norway will have to take a coronavirus test upon arrival, or up to 24 hours after, from Jan. 2, the country’s justice ministry said on Thursday, according to Reuters. To stop the spread of the coronavirus variant first detected in Britain, travelers from any point of origin will need to enter Norway at designated entry points where testing is available, with smaller border crossings to be closed, the justice ministry said.