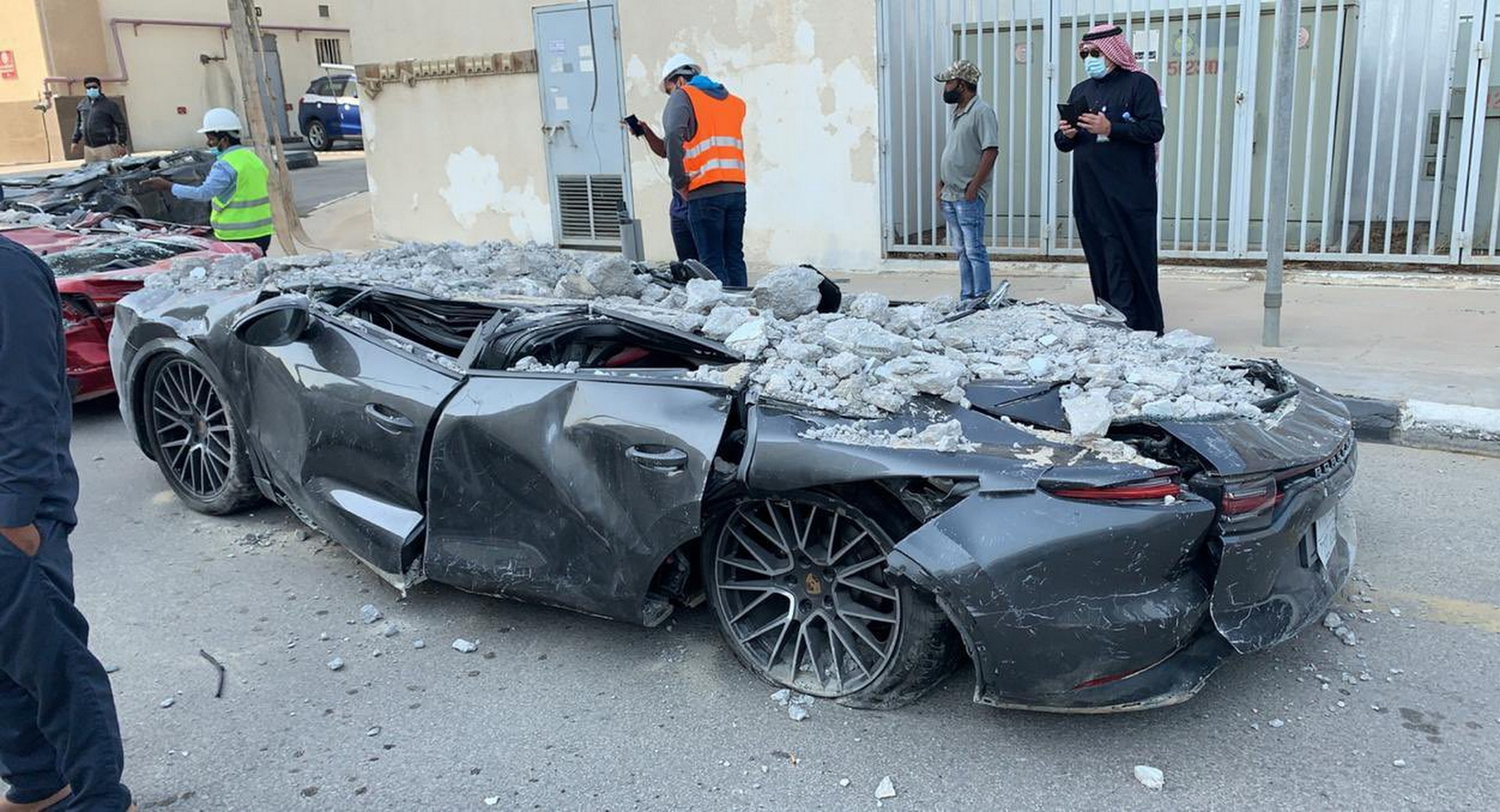 A video posted to Twitter shows the roofs of several automobiles completely caved in under the weight of a collapsing parking garage in Saudi Arabia. The footage shows the vehicles after being recovered from the collapse that happened in October.

The roof of what appears to be a BMW E63 6-Series, for example, was flattened, intruding into the cabin of the vehicle.

See Also: Overpass Collapses After Being Hit By Truck

Later, the same video shows a pair of Porsche SUVs with rubble still covering their deformed hoods. The force of the impacts were such that the models are almost unrecognizable, though one last letter hanging onto the badge of one reveals it to be aCayenne. Rocks, entering through the sunroof, actually made their way into the cabin.

Other vehicles, presumably closer to the epicenter of the collapse, are almost entirely unrecognizable. Suspensions collapsed, wheels splayed, the vehicles were flattened.

Reporting on the incident is limited and Saudi 24 News reported in October that footage of the event was being shared by activists.

The reason for the collapse of the building is still unknown; according to GDN Online, engineer Abdullah Abu Habla, who was walking down the stairs at the time, managed to get out unharmed.