The Cayenne has been very popular with buyers, to the extent that it was credited for saving Porsche, but this first-gen example is a little different than most.

Currently listed up for auction on Bring A Trailer, this Cayenne Turbo S is a 2006 model and has been extensively upgraded. At the time of writing, it had attracted a highest bid of $26,000 and is being sold with a clean Carfax report and a clean California title.

Read Also: Believe It Or Not, Porsche Has Rolled Out Its 1 Millionth Cayenne 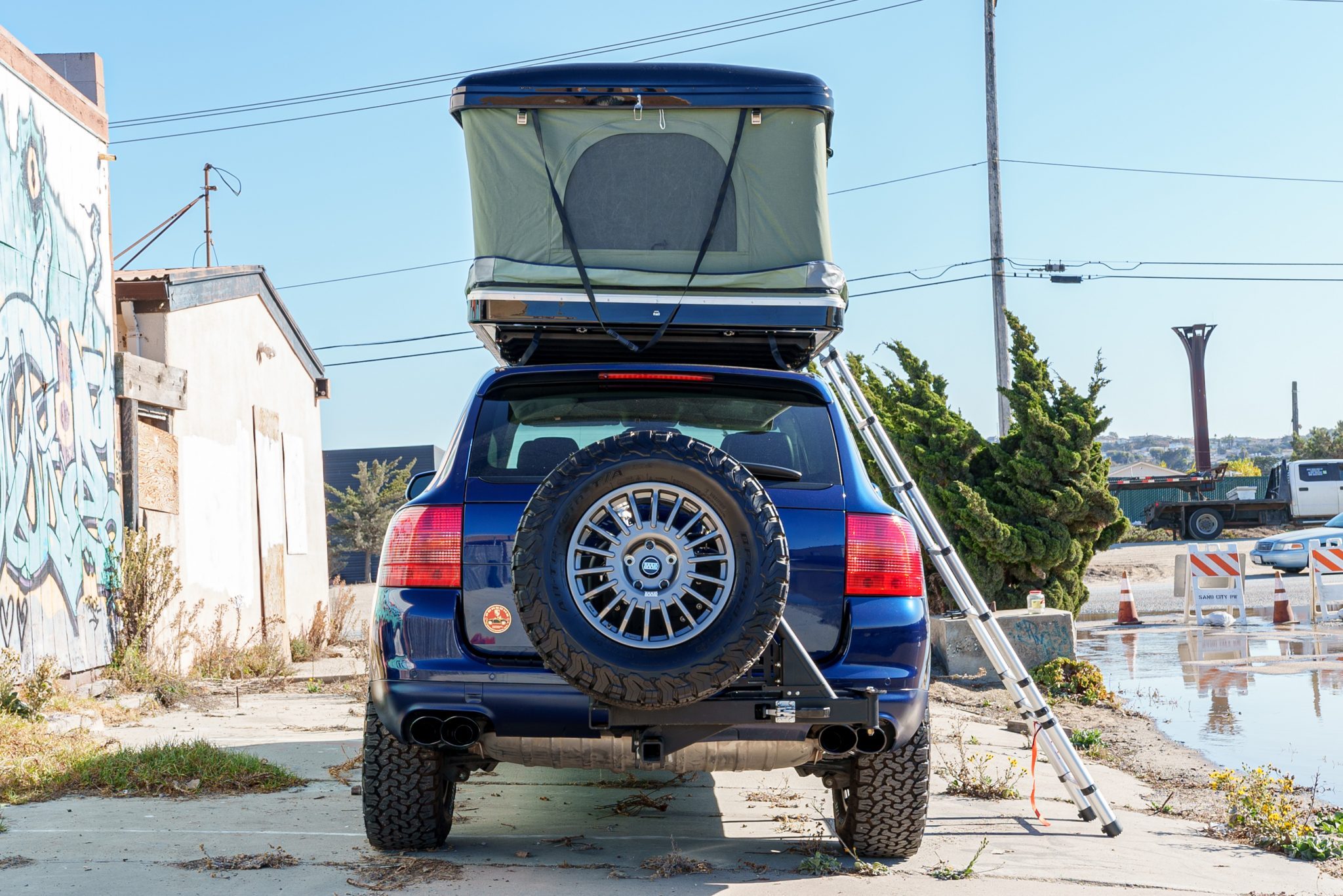 The exterior is painted in Marine Blue Metallic and the SUV is running on 18-inch wheels with BFGoodrich All-Terrain T/A KO2 tires. It also features a 2-inch lift kit, as well as new front brake calipers, discs, and front upper control arms.

The German SUV was modified by Porsche of Monterey and unveiled just a few months ago. Making it perfect for long journeys in the wilderness is a roof rack with a hard shell Tepui HyBox tent, a front skid plate, Hella auxiliary lighting, a trailer hitch receive, and a swing-out spare tire carrier.

This being a Turbo S, it is powered by a twin-turbocharged 4.5-liter V8 that is good for 514 hp and 530 lb-ft of torque. This engine is coupled to a six-speed Triptronic automatic transmission and a two-speed transfer case with power sent to all four wheels. It recently underwent a service that saw the belt tensioner replaced, as well as a host of gaskets, seals, pulleys, and more.