While some might argue that classic Ford Broncos are best left stock, others would appreciate one that’s punchier and boasts a few upgrades meant to enhance its rock-crawling ability.

If agree with the latter, then you will probably fall for this 1972 custom-built example that is on its way to auction.

Commissioned by a Shelby collector, it rocks a 331-cubic-inch V8 with a Holley four-barrel carburetor. Built by Shelby, the mill kicks out 421 HP and is mated to a five-speed manual transmission with a transfer case and four-wheel drive.

Check Out: Coyote-Powered Ford Bronco Is So Wrong It’s Right 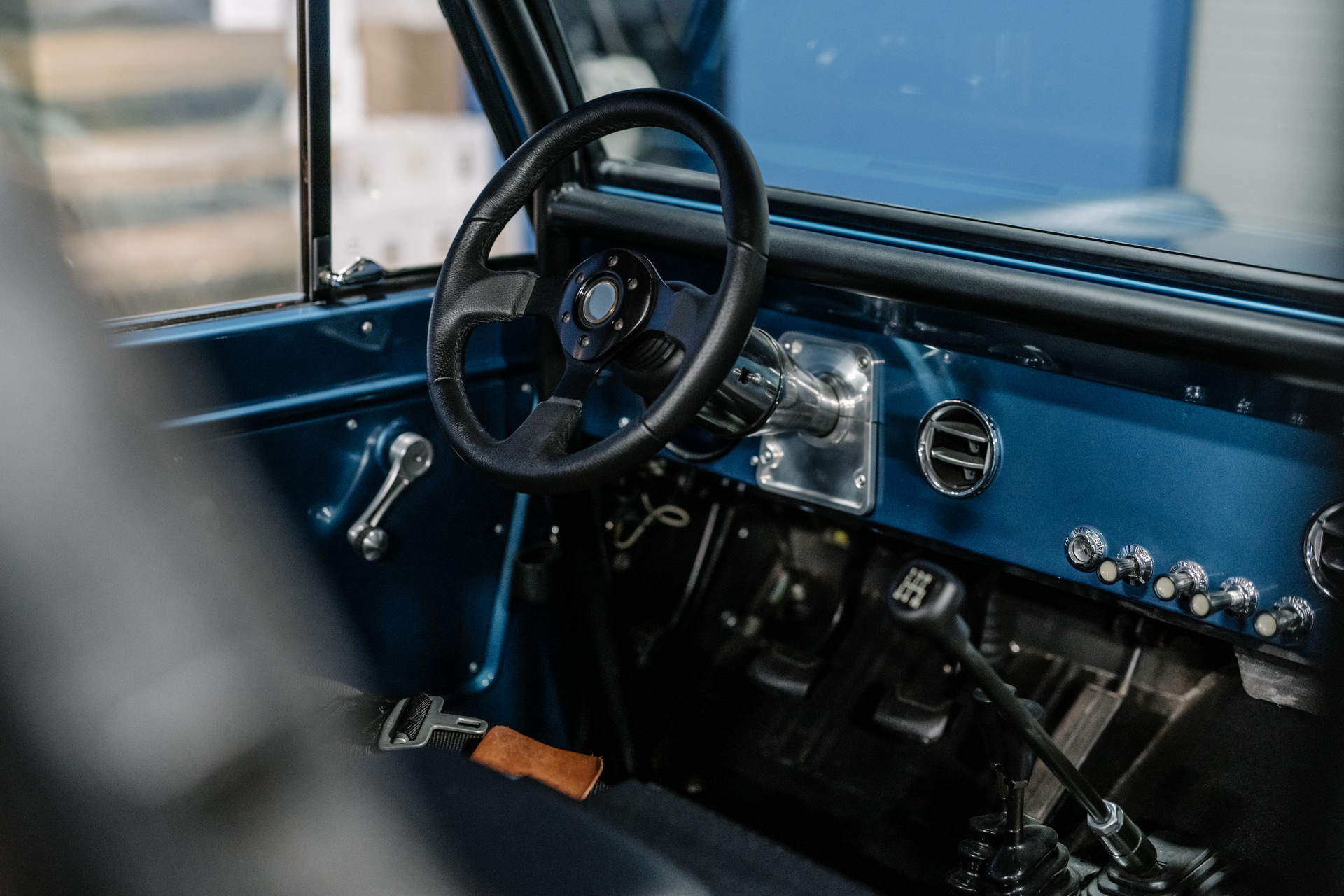 The off-roader was fully refurbished and detailed, as you can see in the comprehensive image gallery. It sports a blue paint finish on top of the black and blue interior, has a set of Fuelie wheels wrapped in chunky off-road rubber, steel bumpers, fender flares, a winch, roll cage, heavy-duty suspension and lift kit. It also features a tilt steering column, comfortable front seats and a digital gauge cluster, among others.