The Renault Group outlined its new strategic approach this morning, and among other things referenced its F1 team, which will race under the Alpine name starting this season.

During the event, Alpine decided to tease us with a 2021 F1 livery, albeit an interim one, boasting a black base with France’s blue, white and red colors on the rear of the car, as well as on the front and rear wings.

The black base was meant as a tribute to the A500 F1 prototype from 1975. The actual car that will race in F1 this season, dubbed A521, will be revealed next month at an event which drivers Fernando Alonso and Esteban Ocon will also attend.

Read: Bahrain To Host F1 Season Opener As Melbourne Gets Pushed Back And Imola Returns 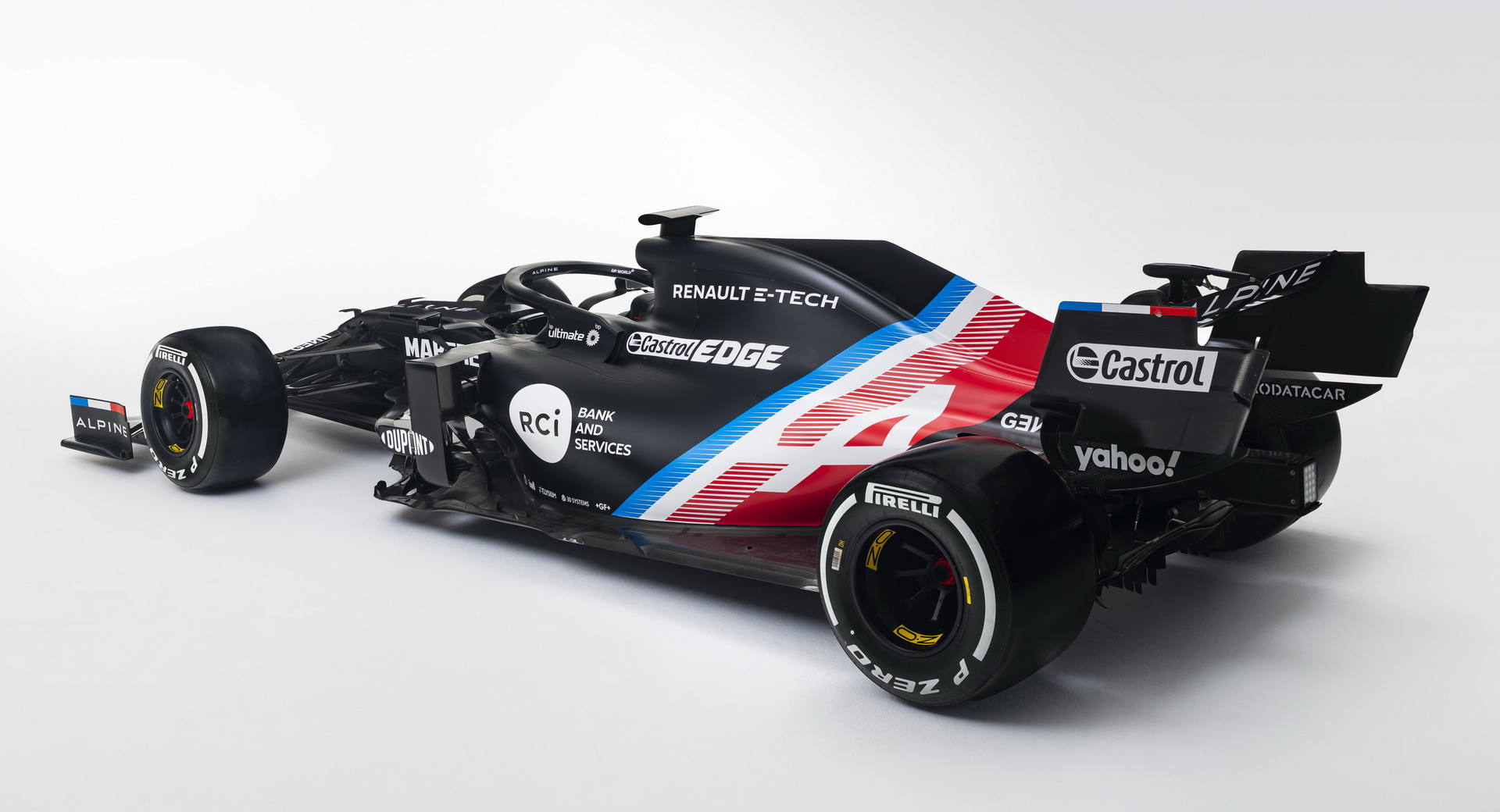 “The livery presented today is the first evocation of the Alpine F1 team’s new identity,” said Alpine Design Director Antony Villain. “Some of the structural graphic elements will remain on the racing livery while others will change.”

“The ‘oversized’ Alpine emblem in a tricolour graphics system is the first clear-cut symbol of the brand’s identity in motorsport. The blue, white and red refer to the colors of the French and British flags, which is very important to us. Numerous variations on all the motorsport assets are still to come.”

Tasked with leading the Alpine F1 Team is Laurent Rossi, who recently stepped in as team principal following the departure of Cyril Abiteboul.

The 2021 Formula 1 season gets underway on March 28 in Bahrain. Last year, Renault finished fifth in the Constructors’ championship; Alpine surely hopes to improve on that and move up the field.