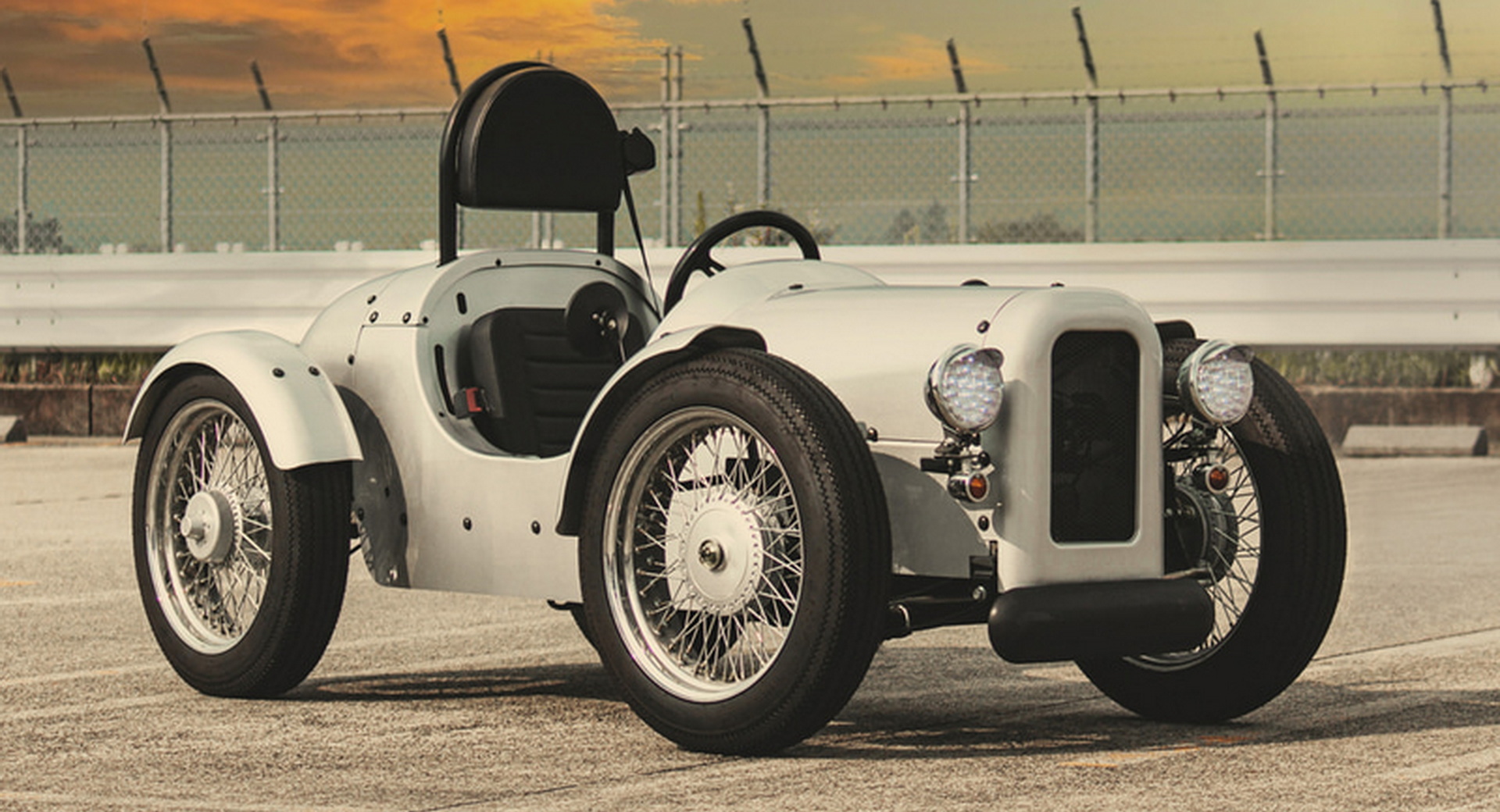 Blaze makes electric scooters and has gotten into a bit of a habit of producing things that look like classic cars.

With the next cruiser EV, they have a little electric WWII Jeep. And with the EV Classic, they created a little classic race car.

Officially a mini car, it’s big enough to get an adult moving. According to the company, the EV Classic is good for about 50 km (30 miles) of range and a maximum speed of 50 km/h (30 miles). It can be charged in about 8 hours from a standard home plug and weighs in at about 200 kg.

The mini car is about 90 inches long and 46 inches wide, which makes it only about 15 inches shorter and thinner than a Smart Car. And thanks to its electric drivetrain, it actually has a differential, not some chain gear.

Also Read: Bugatti Baby II Arrives In The USA With An Adult Price Tag That Can Top $70,000!

This isn’t too dissimilar to what Bugatti did recently with its Bugatti Baby. That 75% scale Bugatti is good for up to 42 mph, which in something not much bigger than a go-kart, should feel fast enough.

Unlike the Bugatti, though, which charges you up to $70,000, you might be able to afford the Blaze EV Classic, which costs 880,000 yen, or about $8,500 at current exchange rates. Still not exactly a bargain, but definitely much more affordable.

Unlike the Bugatti, the EV Classic doesn’t really appear to be designed to look like any monoposto in particular, but is rather a general homage to race cars from the 1930s.