Anyone who has driven in snowy climates knows that one of the most important things is to know how to retain control of your car in those treacherous conditions.

That’s what has led researchers at the Toyota Research Institute and at Stanford University’s Dynamic Design Lab to turn to professional drifters and drivers to learn about safety.

“Every day, there are deadly vehicle crashes that result from extreme situations where most drivers would need superhuman skills to avoid a collision,” said Gill Pratt, TRI CEO and Chief Scientist at Toyota. “The reality is that every driver has vulnerabilities, and to avoid a crash, drivers often need to make maneuvers that are beyond their abilities.”

The idea is to learn from professional drivers who do this for a job. Although Toyota concedes that most driving doesn’t require superhuman ability, when you’re flying down a road at 60 mph unexpected obstacles or incidents can require superhuman reflexes.

Also Watch: The 2021 Toyota GR Yaris Is The Perfect Companion For Drifting Along Snow-Covered Roads 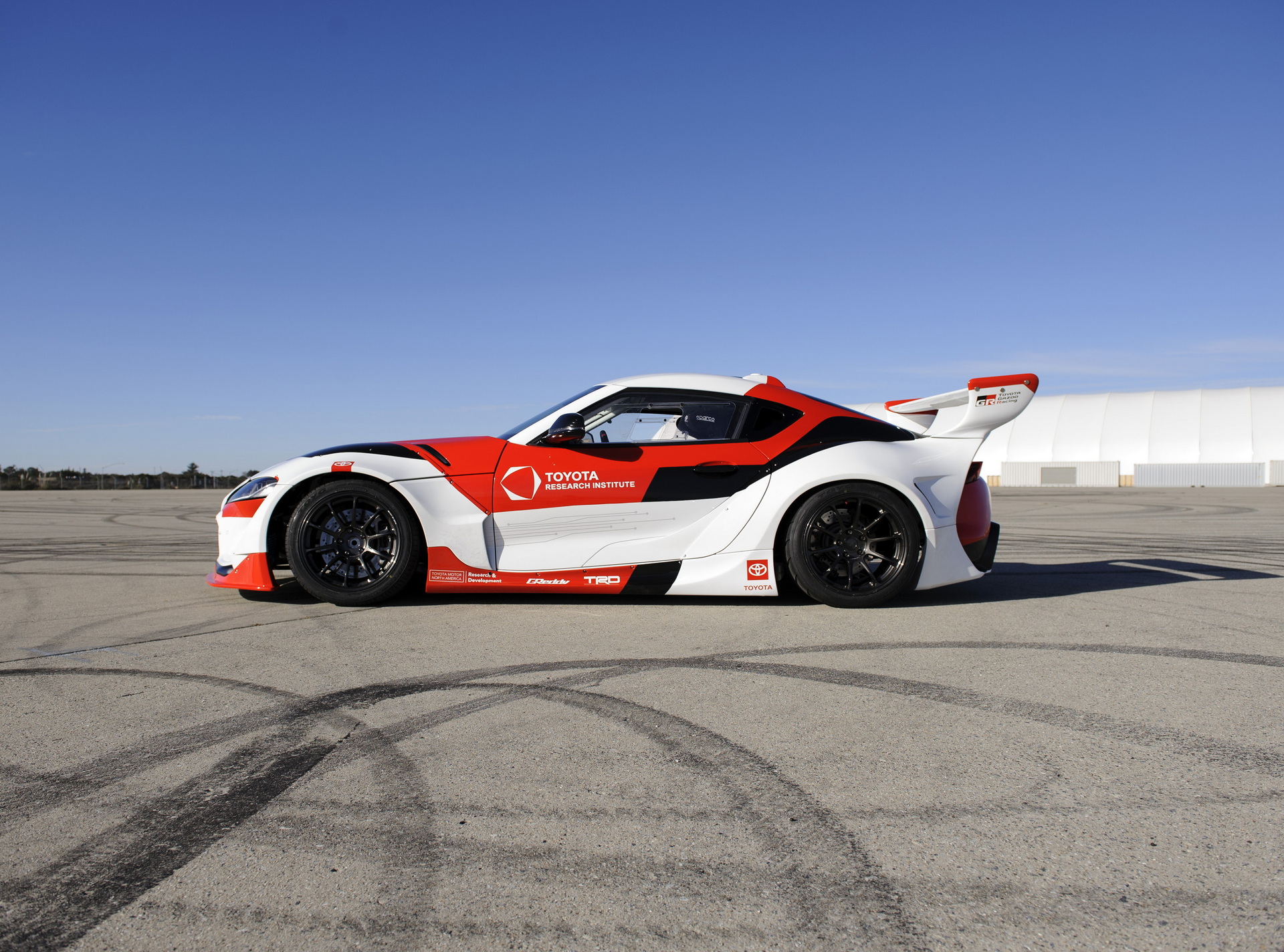 And supercomputers have those. What they don’t have are the “instincts” that help keep pro drivers out of those situations altogether.

“Since 2008, our lab has taken inspiration from human race car drivers in designing algorithms that enable automated vehicles to handle the most challenging emergencies,” said Professor Chris Gerdes of Stanford University’s Dynamic Design Laboratory. “Through this research, we have the opportunity to move these ideas much closer to saving lives on the road.”

With it, the team was able to drift a RWD, electric-powered DeLorean called MARTY. It was used as a testbed to show that the team understood thrust, steering, and braking well enough to control it through a drift.

It’s a technology that will go beyond just autonomous cars, though. The architecture is being applied to vehicle platforms like the GR Supra as well as TRD’s race cars. With this information, Toyota is hoping to make its driver aids better and more predictable in extreme situations.