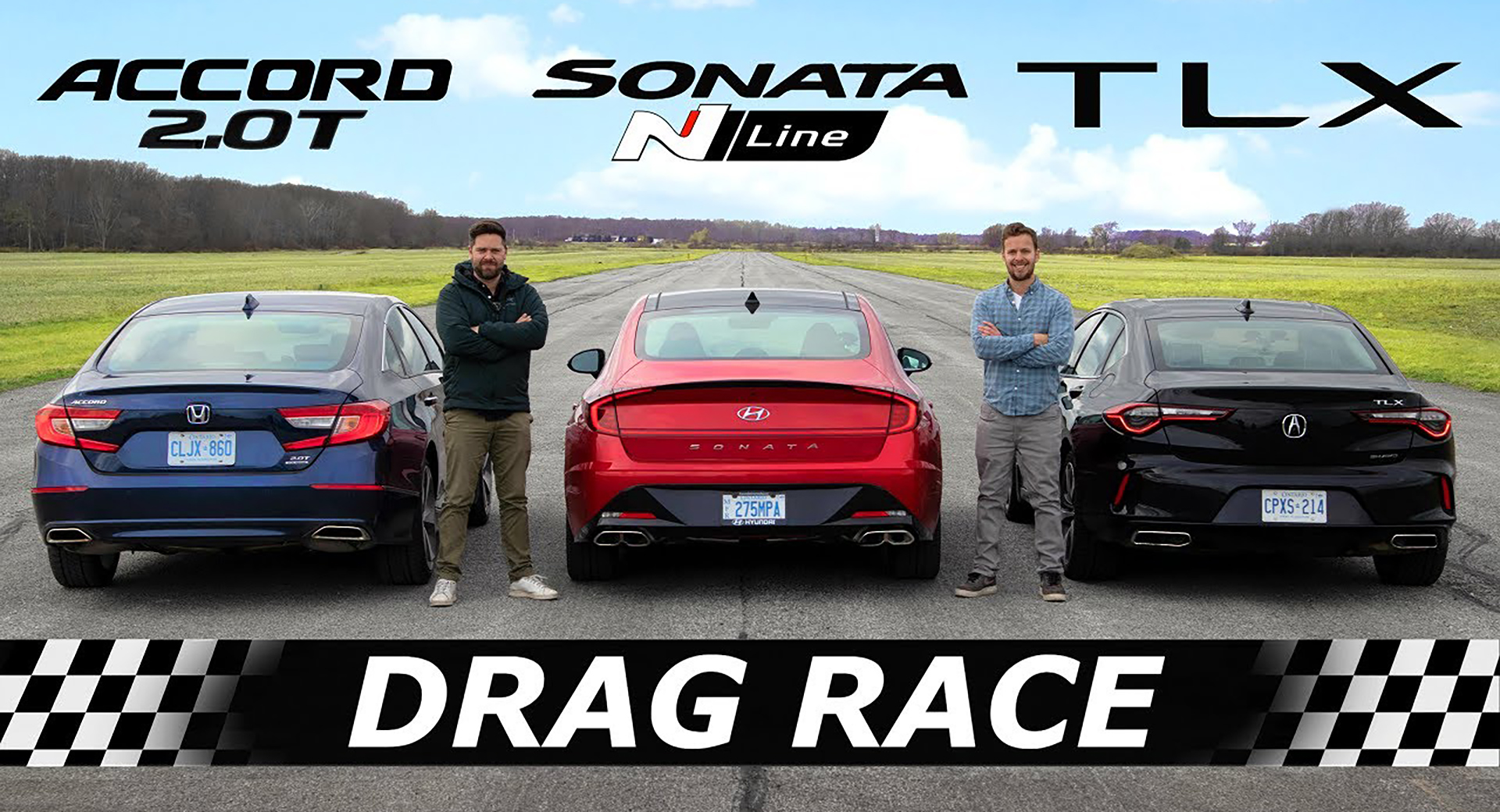 Even with the rising popularity of SUVs and crossovers on our roads, there is still some fierce competition going on in the midsize sedan segment.

Three notable players are the Acura TLX SH-AWD, Honda Accord 2.0T and Hyundai Sonata N-Line. Due to how similar they appear on paper, Throttle House did a comparison of the three sedans, using a drag race and a roll race as their metric.

In terms of pricing, the TLX is the most expensive, with a starting price of $37,500 (before SH-AWD), although that is to be expected of a car that classifies itself as a luxury vehicle. Next up is the Sonata, which at $33,200 is a good deal cheaper. Last, we have the Accord, which is cheaper than both, but not too far off the Sonata as it starts at $31,910. It should be noted that this is all U.S. pricing, and the Canadian cars in the video, along with their individual trims and specs, lead to the TLX being more expensive, and the Accord and Sonata following.

The drag race plays out quite surprisingly, as despite having the most power of the lot, the Sonata comes in last, with the TLX second and the Accord in first place. The reviewers suspect it has something to do with each car’s gearing, so they decide to conduct a roll race to hopefully even out the playing field.

See Also: Toyota Camry TRD And Honda Accord Try To Take Down The Civic Type R

And, wouldn’t you know it, that’s exactly what happens. Not having to deal with launch control cutting torque to mitigate wheelspin, the Sonata is able to stretch its legs and pull away from the other two cars. While the Accord and TLX have very similar power figures, the Honda still prevails over the Acura thanks to not having to haul the extra weight of an all-wheel drive system.

All in all, the comparison does a good job at showing the strong suits of each car in terms of performance. If you want off-the-line speed, get the Accord. If you want a good highway puller, go with the Sonata. An if you want a more luxurious car that falls somewhere in the middle, the TLX is your best bet.