Mercedes introduced the 2021 S-Class last fall and now the company is turning its attention to the AMG variants.

While the model is heavily disguised, it features a Panamericana grille and a more aggressive front bumper. The latter is covered by camouflage, but it should follow in the footsteps of the AMG Line variant which has pronounced air intakes. 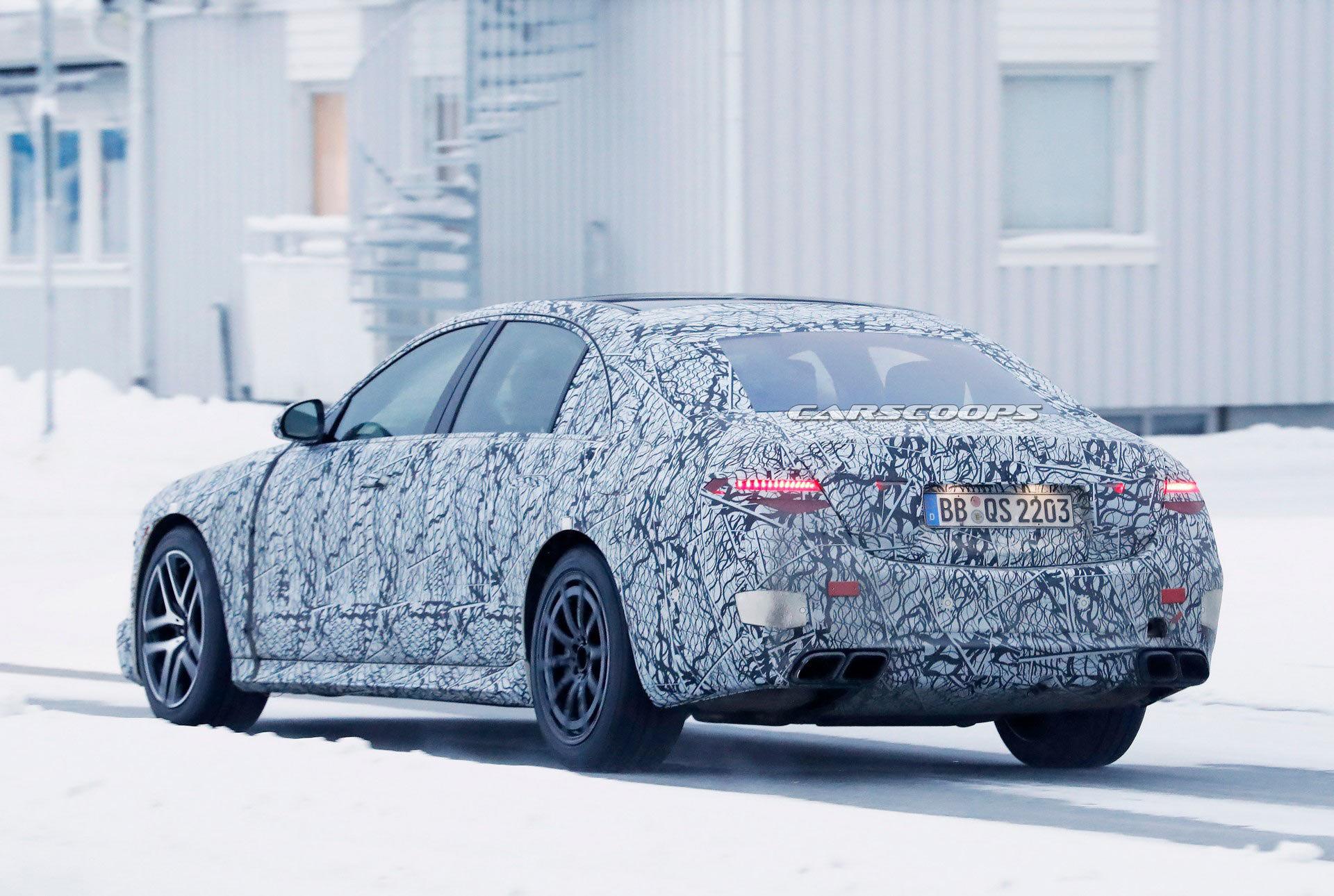 Moving further back, we can see a five-spoke AMG wheel and a discreet charging port on the rear fender. The model has also been equipped with a rear diffuser which is flanked by a traditional four-tailpipe exhaust system.

Spy photographers haven’t managed to get a glimpse inside, but we can expect an AMG steering wheel and optional carbon fiber trim. They should be joined by a 12.3-inch digital instrument cluster and a 12.8-inch OLED infotainment system.

Of course, AMGs are all about the engine and this particular model should be interesting as it’s a plug-in hybrid. While details remain unconfirmed, the S63e should echo the S580e.

This means we can expect a twin-turbo 4.0-liter V8 as well as a 28 kWh lithium-ion battery and a gearbox-mounted electric motor. Speculation has suggested this could give the car a combined output of around 690 hp (515 kW / 700 PS). That’s pretty impressive and so is the expected electric-only range of around 62 miles (100 km).

The S63e is slated to debut later this year and could be followed by an even more extreme S73e variant.