Carlex Design’s latest project takes on the Ford Transit Custom, and their proposal for the MPV includes an aggressive body kit, new wheels and a re-done interior.

Starting on the outside, the Custom X, which is the project’s official name, features a new front bumper with an apron and side blades, a custom grille with the tuner’s logo sitting in the middle, bigger side skirts and fender extensions. 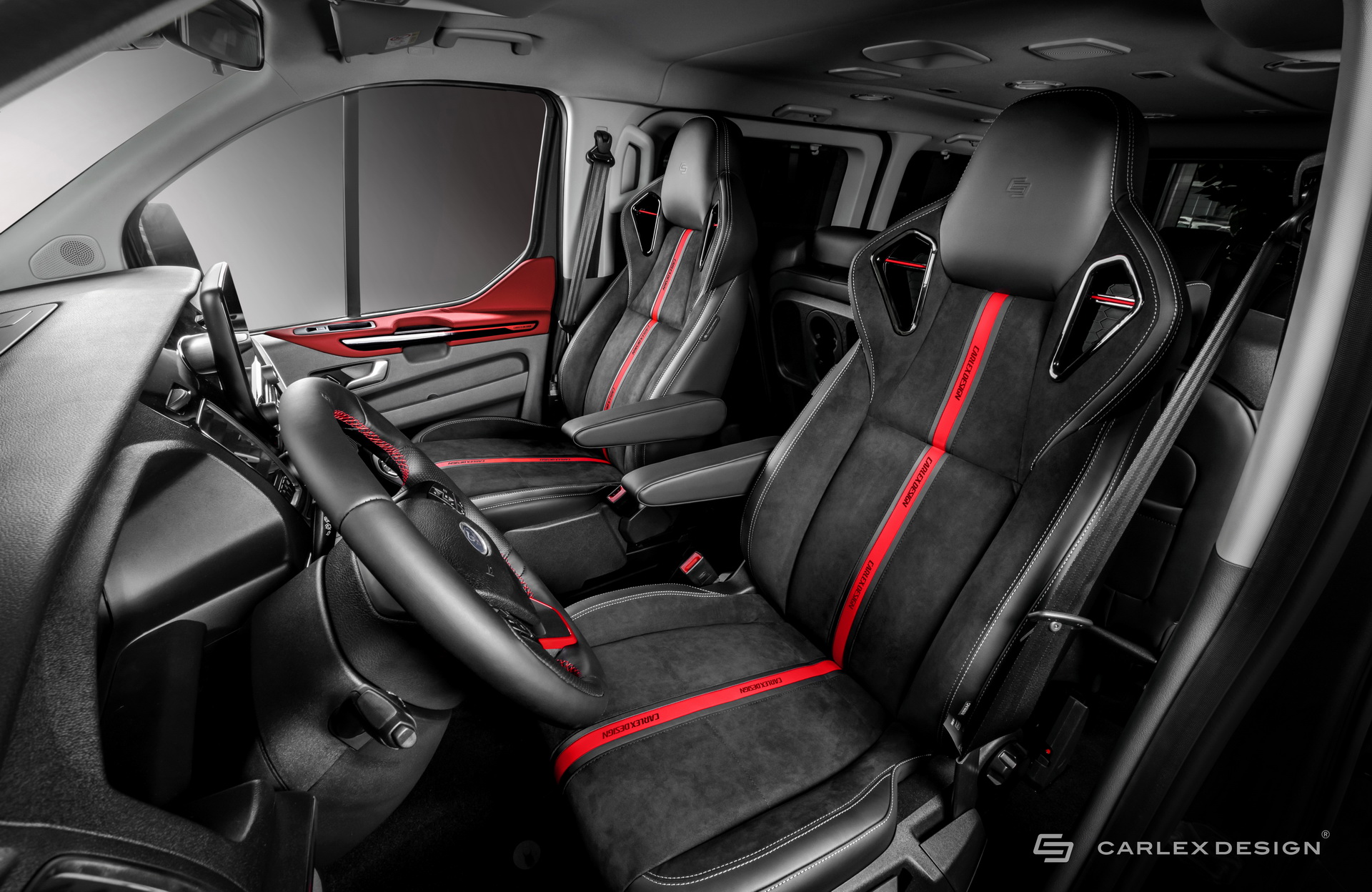 The back end of the Transit Custom sports a new bumper with a diffuser and incorporated tailpipe trim on each side, as well as a roof-mounted wing. The design is completed by the red accents contrasting the rest of the body, which can be ordered in a number of shades, ‘Custom X’ and ‘Carlex Design’ graphics and new 18-inch wheels shod in 255/45 Michelin Pilot Sport 4 tires.

Inside, Carlex has given the Custom X a race car-like feel with a pair of bucket seats at the front trimmed in black leather and Alcantara. The same materials were applied to other parts, joined by the red accents. The steering wheel features the same combo and was reshaped to offer better grip.

Customers can further spec the bespoke Transit Custom with several extras, such as the tow bar and tow bar wires from Westfalia and an app-controlled fake engine noise that makes it sound like a V8, even if the engine itself has remained stock.