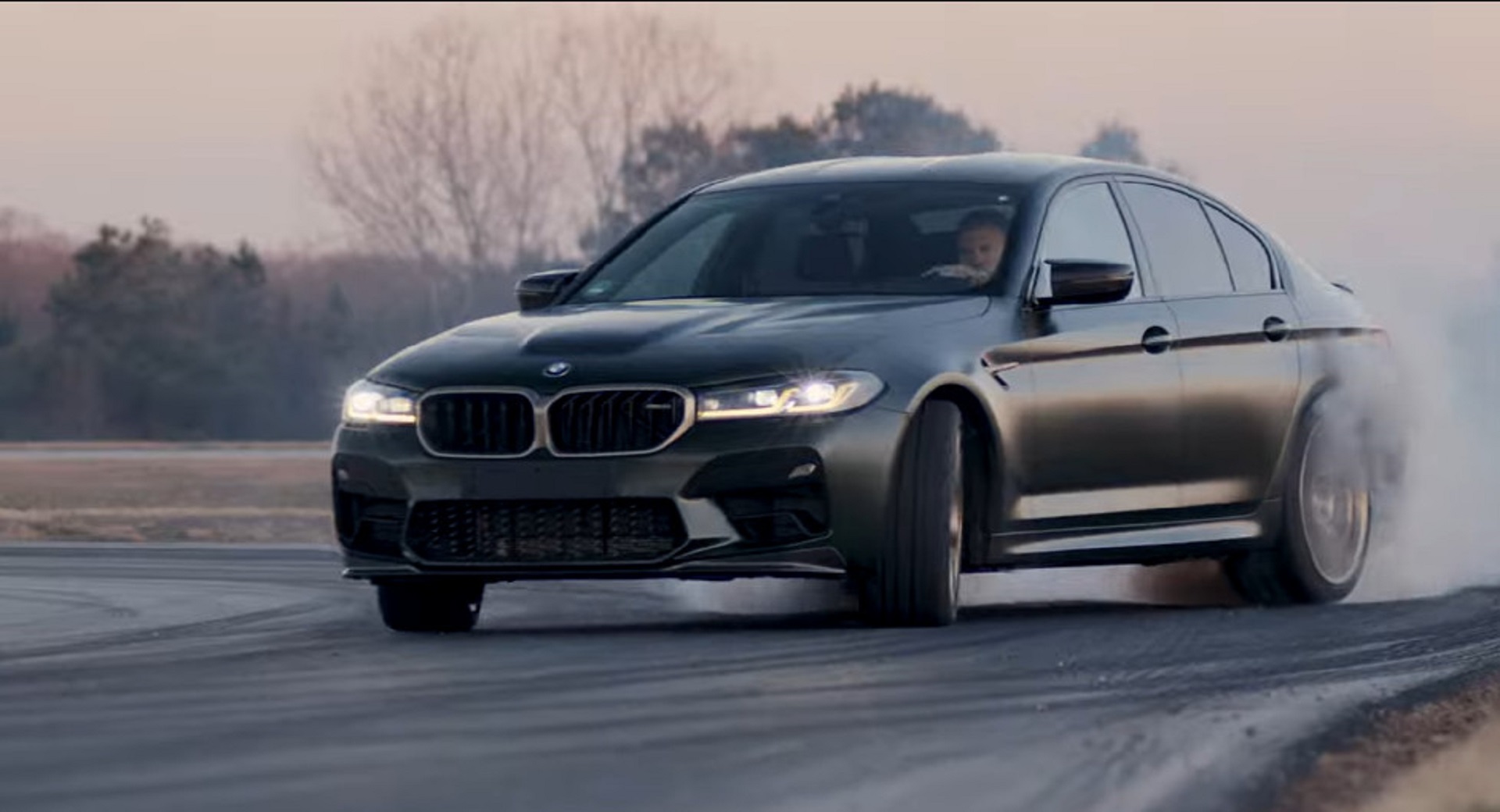 BMW race car driver Connor DiPhillippi was heading to Daytona to drive an M8 GTE in the 24-hour race – and on his way, he stopped at the BMW performance center in South Carolina.

And there’s a very good reason for that, as DiPhillippi is among the first people outside of Munich to drive the recently unveiled M5 CS. That’s a pretty good opportunity, because BMW’s new, light-weight M5 is the most powerful production M car ever.

Not only is it more powerful than any other M car, with an output of 626 hp, but it also weighs a pretty impressive 104 kg (229 pounds) less than the M5 Competition on which it is based. BMW achieved that by removing some of the car’s sound deadening and adding a carbon-fiber roof, hood, front splitter, and mirror caps.

It also benefits from an improved Dynamic Damper Control system and springs, optimized for the lightened package. It also gets a RWD mode in case you’re in the mood for some spirited driving.

BMW claims that the M5 CS is capable of hitting 60 mph in just 2.9 seconds, but Car and Driver clocked the heavier, less powerful M5 Competition in the 2s even though BMW claimed a 3.1-second sprint. We would not, therefore, be surprised if optimal conditions led to lower times.

And what does DiPhillippi think of it all?

“I would say that the first thing I’m impressed with is,” he says, taking a beat to let a whoaa out, “the power. The torque. The agility of this car, I mean the M5 and the M5 Competition were already remarkable machines, and all the details that they’ve put into this CS is insane.”

“The boys in Munich,” he concludes, “have outdone themselves.”