Although Volkswagen has long promised (pinky swears and everything) that the new ID.Buzz would be hitting production, but fans of microbuses have been hurt before. Now, though, we have what we believe to be our first look at a mule testing.

This may look like a humble T6 camper, but the license plate on the back confirms that it’s electric. This elektrofahrzeug, or “electric vehicle,” was caught being trailered along by our spy photographers.

More than just the sticker, though, the photographer confirms that this mule was shorter and wider than a regular T6, suggesting that it would keep to the ID.Buzz’s compact proportions.

Volkswagen, and indeed all EV manufacturers, have long touted that one of the big advantages of an EV is packaging. The smaller motors and battery packs mean that you can spread out the vehicle’s driveline. Since there isn’t a big lump of engine to stick somewhere, more of the space between the wheels can be used for people and their stuff. 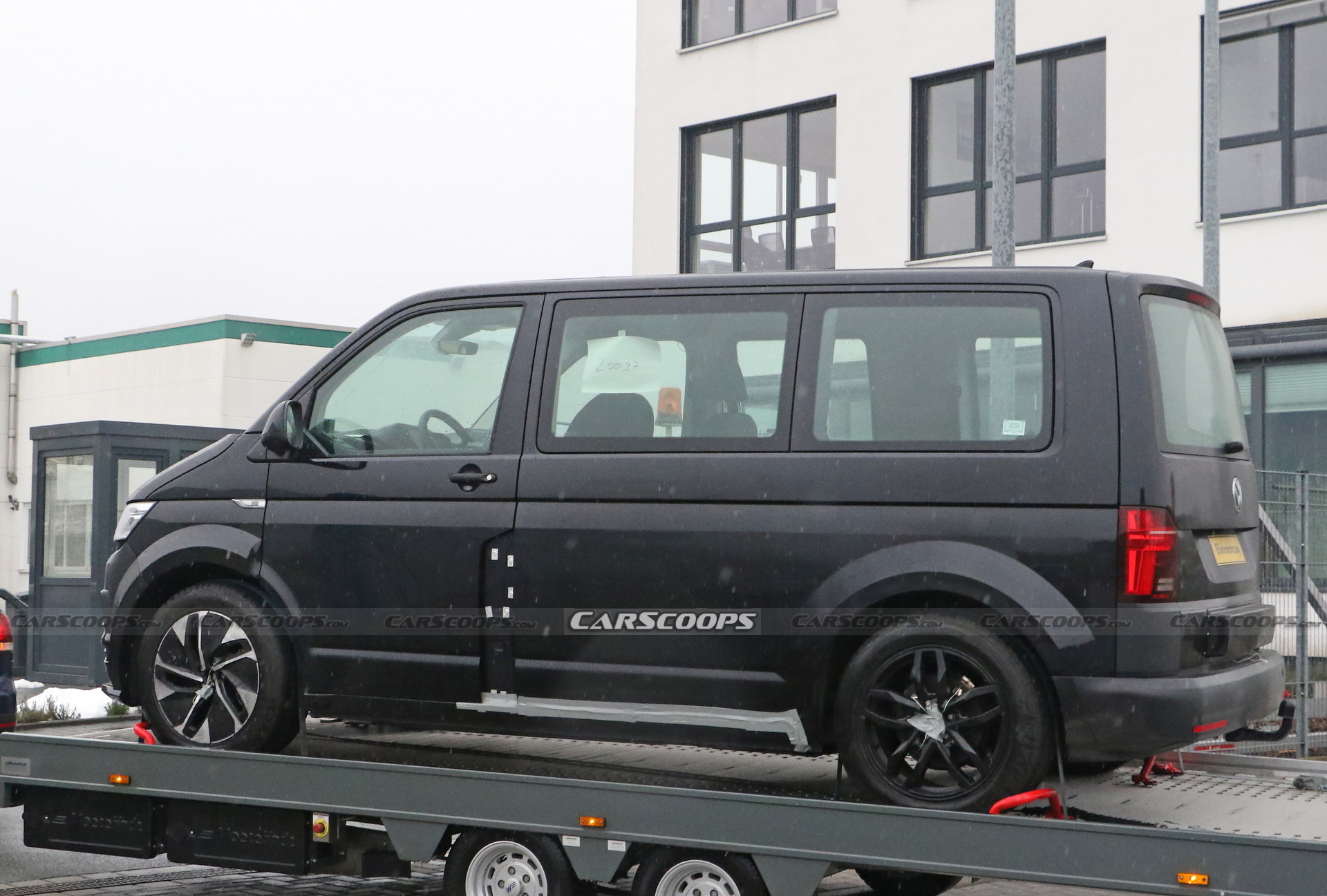 Also Read: The Volkswagen ID. 4 Will Talk To You Using Light

It has long been known that the ID.Buzz would take over the role of the Beetle for VW’s electric generation. The retro vehicle would act as a bridge to VW’s history while also just being a cute halo car of a sort for the company.

This is hardly the first time that VW has designed a microbus concept for the modern-day. The Microbus concept was based on the Transporter and debuted in 2001. The gas-powered van, though, was never to be. One of the things that makes this electric microbus possible is that its lack of an internal combustion engine makes creating a safety structure for the flat-nosed van easier.

The ID.Buzz is set to debut in 2022, though Americans will have to wait another year before it comes stateside, according to VW USA CEO, Scott Keogh.