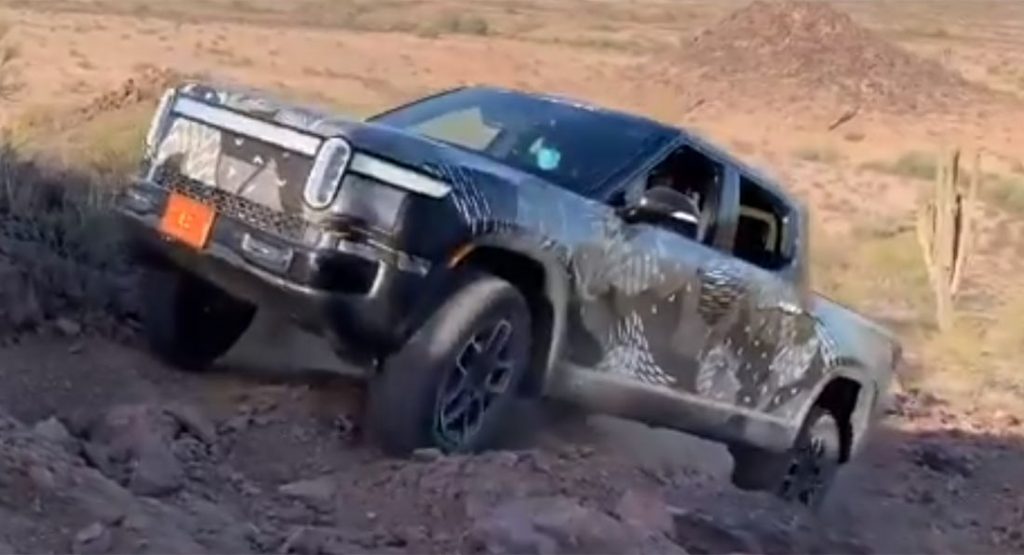 As Rivian prepares to begin customer deliveries of the R1T pickup in the middle of the year, the electric startup is continuing to test the R1T along some challenging terrain.

Both the Rivian R1T and R1S are being developed as adventure-focused vehicles for those that enjoy getting out of the city and into nature. It’s only fitting then that the carmaker is spending a considerable amount of time testing in harsh and difficult environments. Two videos recently posted to Twitter by Rivian chief executive RJ Scaringe provide us with a hint of what the R1T is capable of.

In the first video, the electric pickup is shown driving up a steep, rocky trail that even the most hardcore of off-roaders could have issues overcoming. Making the R1T’s run up the trail all the more impressive is the fact that it isn’t rocking massive mud-terrain tires. The second video shows the R1T prototype descending a hill that also tests out the vehicle’s abilities to articulate.

Rivian has been in the news quite a lot recently, in particular since reports surfaced last week that the company could go public as soon as September in a deal that could see it valued at $50 billion or more.

The electric automaker has already raised more than $8 billion from private investors that includes Amazon and Ford and following its most recent round of funding in January, was valued at $27.6 billion. If Rivian does go public, it will be among the biggest IPO’s of the year.