You may be familiar with the Corvair, Chevrolet’s take on a rear-engined car. What you may not know is the fact that Chevy actually made a cab-over pickup version of it called the 95 Rampside. And now, a 1962 model is up for sale.

This particular 95 Rampside, nicknamed “Big Orange” for its citrus-like paint color, is listed for sale on RM Sotheby’s. Its 95 Rampside designation comes from the fact that it has a 95-inch wheelbase and a ramp that comes down from the bed’s side in addition to the usual tailgate. Just 4,102 Rampside pickups were built for the 1962 model year, and they all retained the Corvair’s rear-mounted, air-cooled flat-six engine. 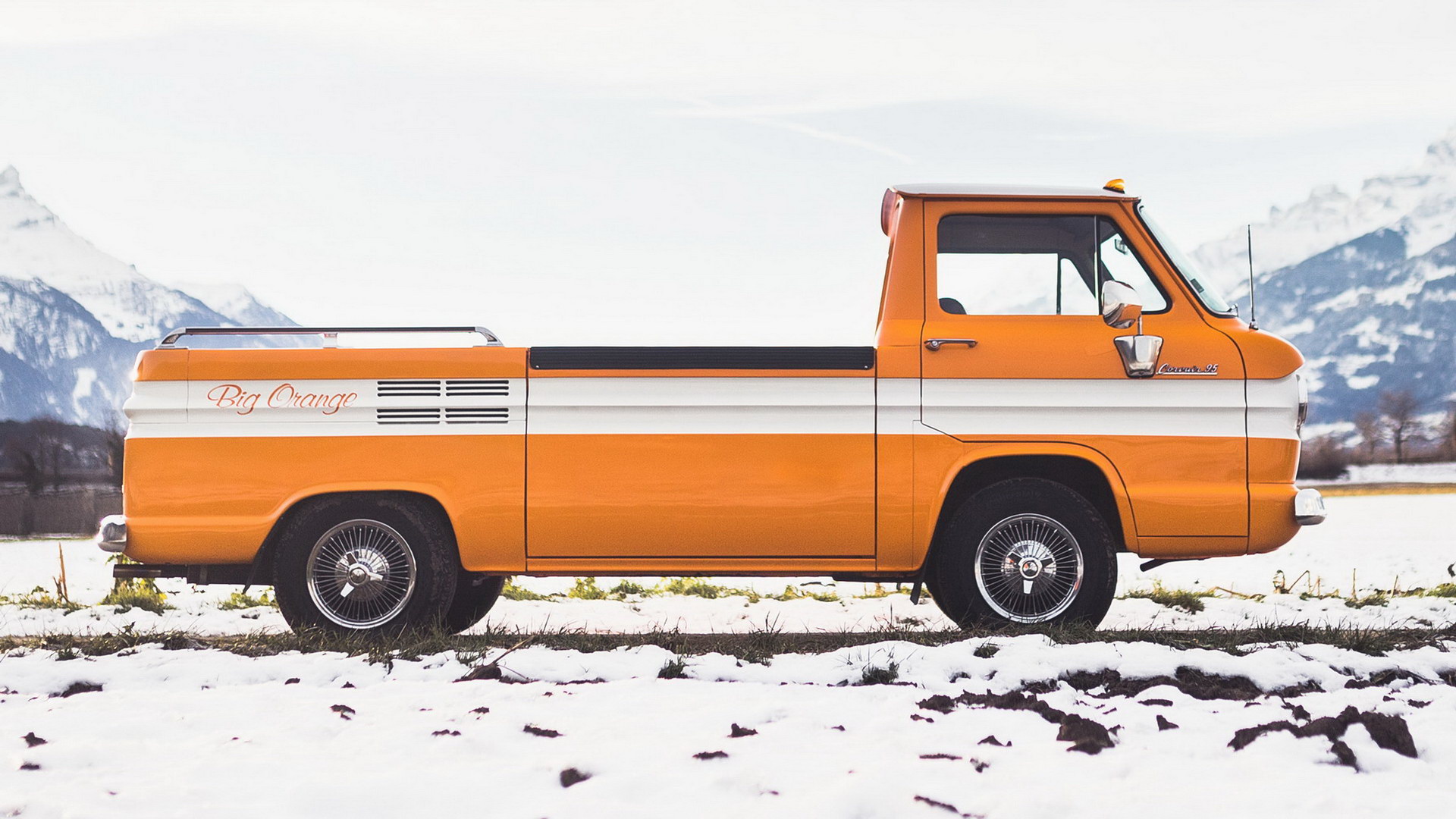 As mentioned above, the pickup has a two-tone orange and white paint job, and some other notable exterior features include wire wheel covers, accessory bed rails, a sunroof, and the Deluxe exterior trim, which sports various chrome trim pieces. Inside, it carries over the same theme from the exterior, with orange upholstery and trim on the seats and dashboard.

As for that pickup bed, it has a host of quirks in its own right, such as has a ramp that folds down from its passenger side and a raised rear bed floor to make room for the flat-six engine that puts out around 80 hp (81 PS / 60 kW) and 128 lb-ft (173 Nm) of torque.

Read More: GM’s Electrovair Is The Precursor To The Company’s Electric Future

The whole idea of a cab-over, rear-engined Corvair pickup with a ramp in its side is an extremely unique prospect on its own, and if you’d like to stand out from the crowd, this 1962 Corvair 95 Rampside could be the perfect choice.