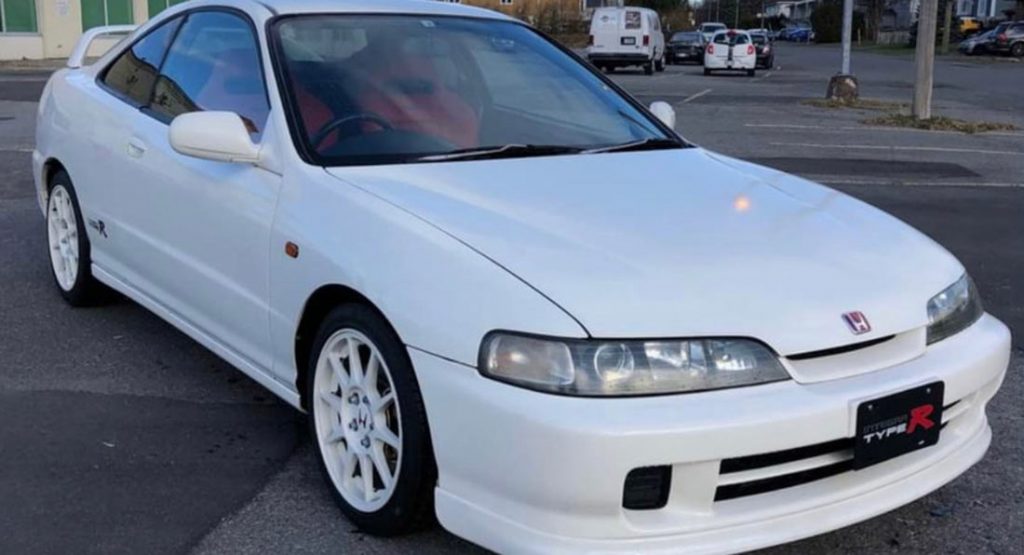 Prices of DC2-generation Honda Integra Type Rs have been on the rise in recent years and in Montreal, Canada, there is one particularly attractive example that needs a new home.

This Integra Type R is a 1996 model from Japan that was only imported into Canada in June 2020. It has 172,000 km (~107,000 miles) on the clock and is being offered with a Japanese export certificate and Canadian import documents.

Read Also: In An Ideal World, Honda Would Build A New 2022 Integra Type R Like This

Adorning the exterior of the car is Championship White paint and as this is a JDM model, it includes different headlights to variants sold in overseas markets. The car originally left the factory with four-lug wheels but has since been fitted with five-spoke 16-inch white wheels from a later Type R model. These wheels are wrapped in 205/45 Kumho Ecsta tires.

Found in the cabin of the car are Recaro seats clad in red synthetic suede and cloth alongside a black dashboard, door panels, and carpets. Key features include air conditioning and power windows although the car lacks airbags and a stereo. It also features a titanium shift knob and a three-spoke Momo steering wheel.

Driving the popular Japanese sports car is a 1.8-liter B18C inline-four engine that produced 197 hp at 8,000 rpm and 131 lb-ft of torque at 7,200 rpm in its heyday. This engine is coupled to a five-speed manual transmission driving the front wheels through a limited-slip differential.

At the time of writing, bidding on the car had just surpassed $12,000 but we expect that figure to climb towards, or perhaps beyond, the $20,000 mark.