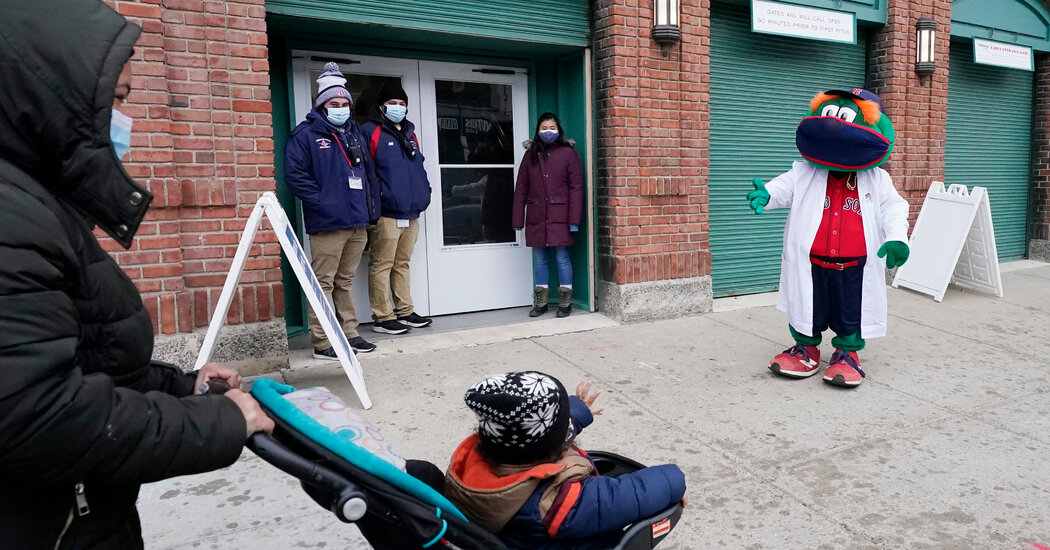 With the coronavirus slowly receding, governors around the United States are beginning to relax pandemic restrictions.

But the rules are being eased much in the same way as they were imposed: in a patchwork fashion that largely falls along party lines. Republicans are leaning toward rollbacks, and Democrats are staying the course or offering a more cautious approach.

On Thursday, Gov. Greg Abbott of Texas said he was considering lifting a statewide mask mandate that has been in place since July.

“We’re working right now on evaluating when we’re going to be able to remove all statewide orders, and we will be making announcements about that pretty soon,” Mr. Abbott said.

Mr. Abbott, a Republican, has been scrutinized for his handling of the pandemic, especially given the runaway infection rates in the state’s border cities. In November, he ruled out “any more lockdowns,” determined to keep Texas open despite a surge in cases.

As Mr. Abbott weighs easing restrictions, the state’s vaccination effort has yet to fully rebound from the winter storm that knocked out power to millions and crippled water systems across Texas last week.

In Mississippi, Gov. Tate Reeves said he was also considering pulling back some restrictions, particularly mask mandates for people who have been fully vaccinated. Just over 12 percent of the state’s population has received at least one shot, and 5.5 percent have received two.

But in Mississippi and elsewhere, even as a mass vaccination campaign continues to pick up momentum, new dangers loom in the form of more contagious coronavirus variants. The variants might cause new spikes in infections that outpace the gains made by vaccination. So could lapses in social distancing and other precautions.

In Massachusetts, Gov. Charlie Baker, a Republican who has been criticized for a rocky vaccine rollout, said on Thursday that the state would move into the next phase of reopening in March as long as infection rates continue to trend downward. Capacity limits for indoor dining will be lifted starting next week, but bars and nightclubs will remain closed.

“We’ve been watching how these venues perform in other states and believe with the right safety measures in place they can operate responsibly and safely here in the commonwealth,” Mr. Baker said.

Red Sox opening day is scheduled for April 1 at Fenway.

In Philadelphia, Health Commissioner Thomas Farley said he, too, was “optimistic” that there would be some fans in the stands for the Phillies’ opening day.

On Wednesday, Gov. Roy Cooper, a Democrat, announced some changes to Covid-19 restrictions in North Carolina, eliminating the state’s nightly curfew and easing occupancy regulations at indoor and outdoor businesses.

The Republican-led North Dakota House of Representatives went a step further, passing a bill on Monday that would prohibit state and local governments from creating future mask mandates. The bill is headed to the State Senate.

In Virginia, Gov. Ralph Northam said he was easing limits on outdoor gatherings and ending a 12 a.m. to 5 a.m. curfew starting Monday; restaurants and bars will be permitted to serve alcohol until 12 a.m.

“We hope that with trends continuing as they are, that we can look at further steps in the coming months,” Mr. Northam said on Wednesday. “But it’s critical that we do this slowly and thoughtfully.

Gov. Gretchen Whitmer of Michigan said at a news conference on Wednesday that she also planned to ease some restrictions “in the coming days,” though she provided few specifics.

“Our case numbers and public health metrics are trending in the right direction,” she said. “I’m very pleased to see that, and feeling very optimistic.”