When the Ariya comes out, it will be the first production car to wear a new Nissan badge and font. And although it may seem obvious, it can be easy to forget that someone had to design them.

You may think of designers at an automotive company leaning over an easel, designing beautiful automotive shapes with the stroke of a pen (or stylus), but there’s so much more design that goes into everything Nissan does.

Take, for instance, the new badge. The Japanese carmaker decided to update it with the Ariya to herald a new era of electrification. And that will mean changing the rest of its vehicles’ badges and lettering, too. But it wasn’t always that way.

The decision to make every vehicle’s badge and lettering the same is actually surprisingly recent. It wasn’t until 2001 that the brand’s global identity was set, locking almost every car it produced into a single style.

There were one or two exceptions, like the Z cars and the GT-R. But there was as much history there as intention. And that historical intention continues today. The Z Proto’s diagonal lettering was a direct reference to Z cars of old. 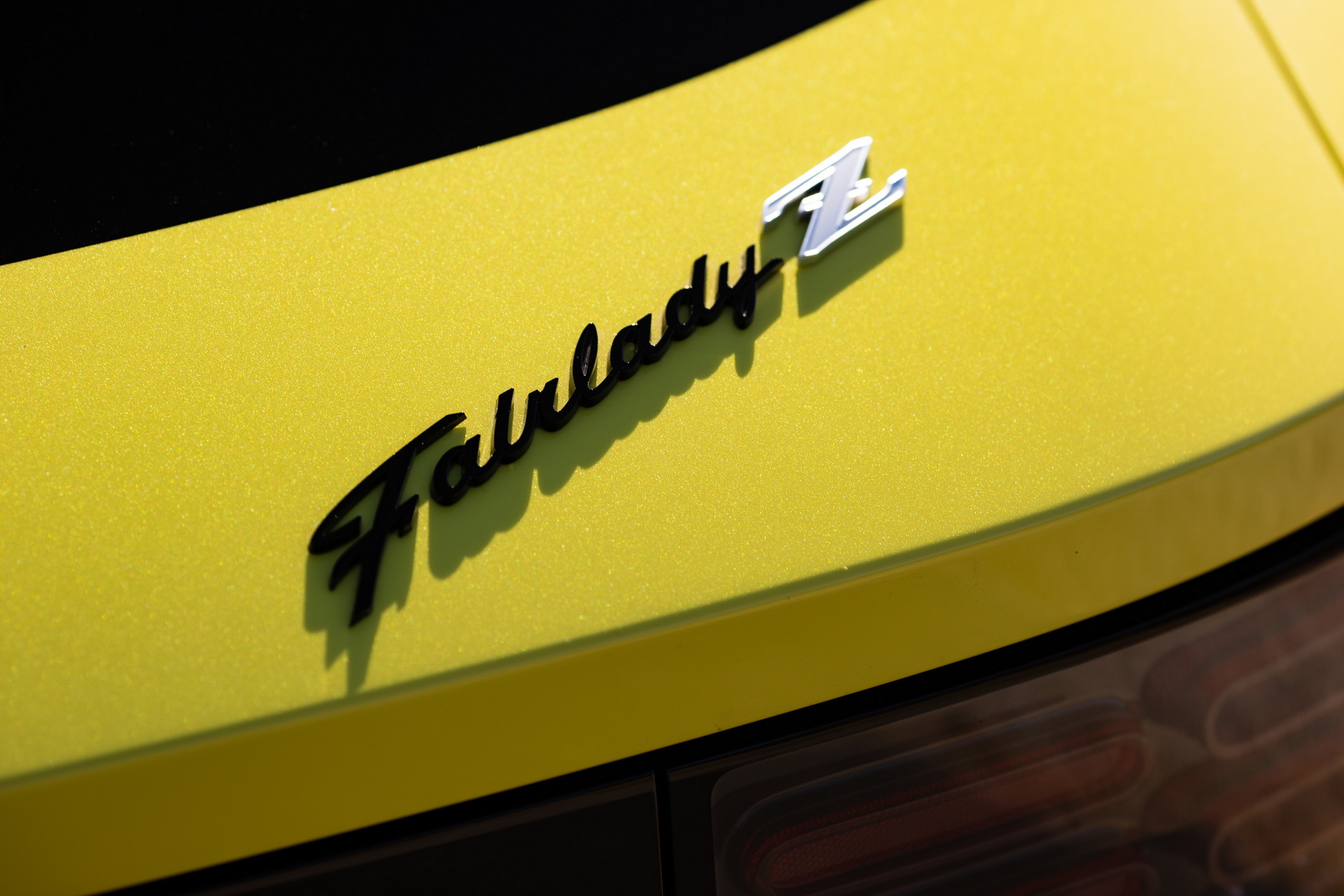 Historically, though, there were several different fonts and designs across the Nissan lineup to imply more luxury or elegance.

“The 1990s was a time when customers preferred colorful, decorative emblems,” said Naoki Yamamoto, Nissan emblem designer. “For instance, the Cedric and Gloria at the time had beautiful, cursive-lettered emblems with a golden fringe.” 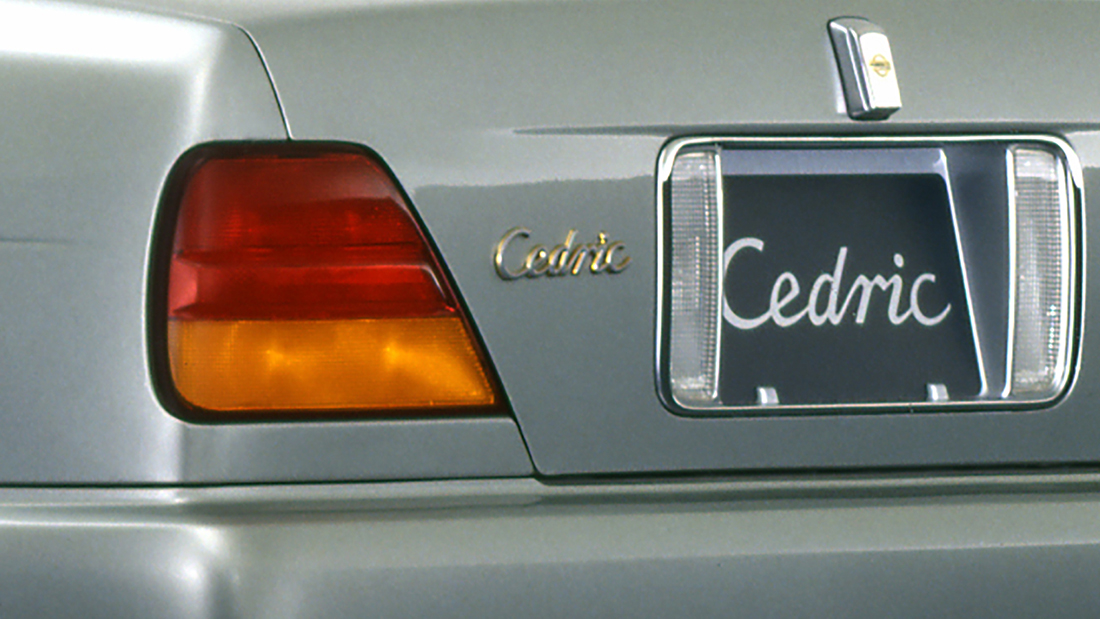 That makes designing an emblem or a font today a little more intense. You only get one shot to make something that will express the spirit of the brand. And it will have to do that on more than just cars.

Indeed, design work doesn’t end at cars. Fonts and emblems end up on buildings and in spaces that Nissan owns. Fortunately, many of those spaces are designed by Nissan, too, so they can be made to match the crest.

In normal times, that would also mean auto show booths, dealer spaces, and more. Even while social distancing, though, the important work of design goes on. 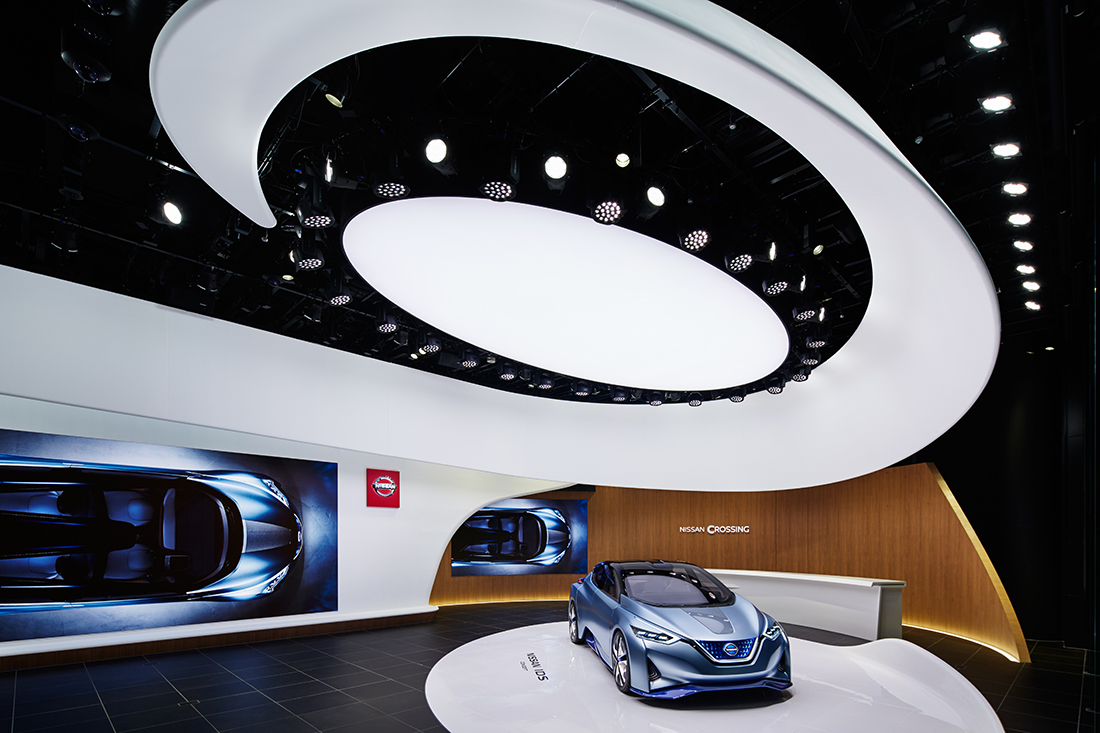 “We’re trying to blaze a new path by offering novel experiences, such as driving a heritage car, or a futuristic car that hasn’t been made yet,” Sakurai says. “Virtual reality devices are increasingly used for both car design and space design. For instance, we can use a VR headset to change the time, the season, and the lighting. This is because the external ambiance is part of how we experience a car.”

It’s important work that helps express the “spirit” of Nissan even if it’s not the Nissan product you might think about most often.