In January 2016, Japanese tuning company Kuhl Racing unveiled what is arguably the flashiest R35 Nissan GT-R the world has ever seen. That very same car is now up for sale in Dubai.

Adorning the exterior of the GT-R is a bespoke bodykit complete with intricate engravings made by hand. Several coats of gold-colored paint were then sprayed over the chrome-finished panels. It no doubt took lots of work to perfect the vehicle’s exterior and it’s for that reason that it has an asking price of $550,000.

In addition to the bespoke body, the car is sitting on a set of black and chrome wheels. The suspension has also been lowered and there is a custom wing at the rear with swan neck uprights. If over-the-top is your thing, then this GT-R will probably be right up your alley. 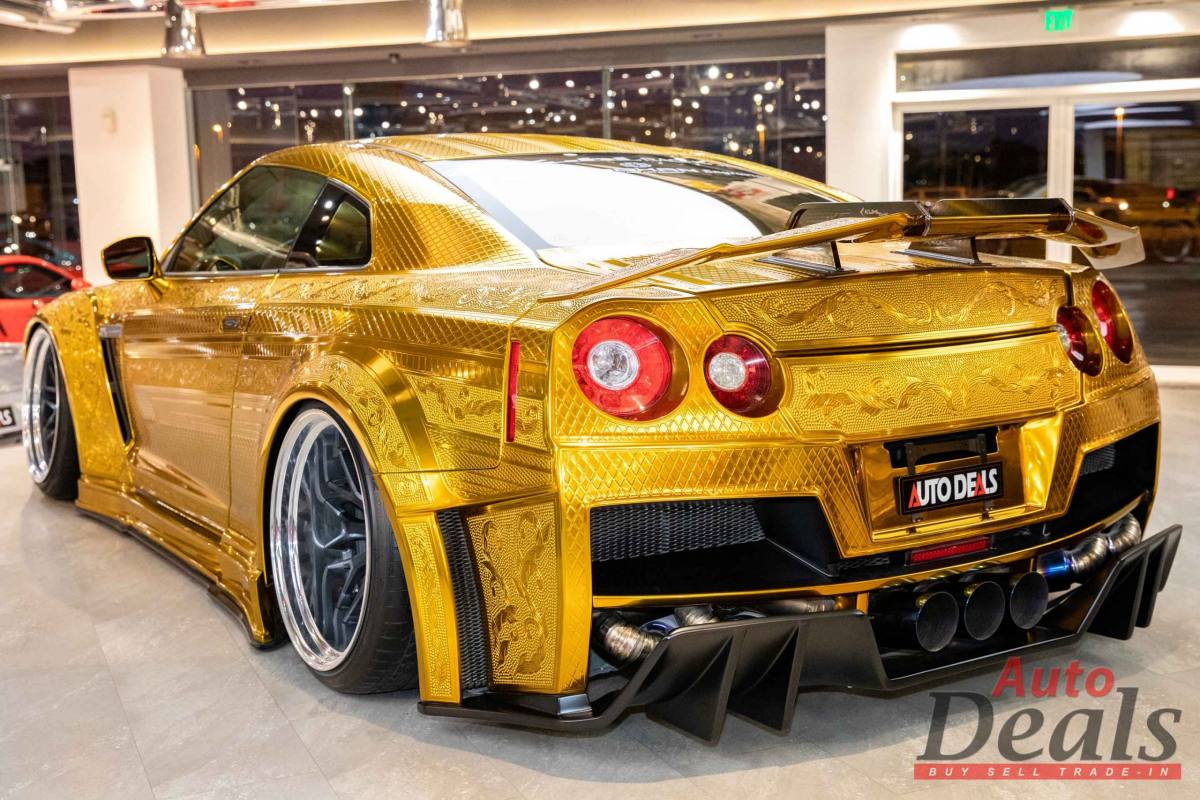 Kuhl Racing didn’t stop with the exterior of the car. The 3.8-liter twin-turbocharged V6 has been extensively modified and now delivers 820 hp. Included in the upgrades is a bespoke titanium exhaust system that is as complex as it is gorgeous.

Some custom touches have also been made to the cabin. For example, the GT-R is now equipped with unique Recaro bucket seats and sports various accents finished in chrome, including the center console, air vent shrouds, and door handles. The listing reveals the car has 6,000 km (3,728 miles) on the clock.

Is this Nissan GT-R worth half a million dollars? It’s hard to answer that question, but for anyone who decides to pull the trigger, it obviously is.