Before he became a rallycross champion or even a (former) Top Gear America host, Tanner Foust was an ice driving instructor for eight years. So he’s probably the go-to person when it comes to winter weather driving advice.

And that’s exactly what Volkswagen has done. The pro driver, using an Atlas Cross Sport, teaches you six sensible ways to get the most out of your car even when the weather is on the frosty side of the thermometer.

The first, and perhaps hardest for enthusiasts, is to let the technology assist you. When you want to get home, traction control, ABS, and stability control are your friends. I’m just as guilty of overestimating my skills as a Mustang driver, but if a two-time Formula Drift Champ uses traction control to get home, I will too.

“If a tire starts to slip, the system automatically limits power to that tire to keep it gripping the road,” said Foust. “You might not know it’s there, but it’s designed to help you.”

Indeed, preventing slip is what winter driving is all about. So the second tip, buying winter tires, might be the most important. As the only point of connection between the car and the road, the right tires will pay dividends while cold weather and the differing kinds of snow and ice conspire to steal control from you.

Also Read: Watch The New BMW M3 Drift Around A Snow-Covered Jarama Circuit Like A Champ 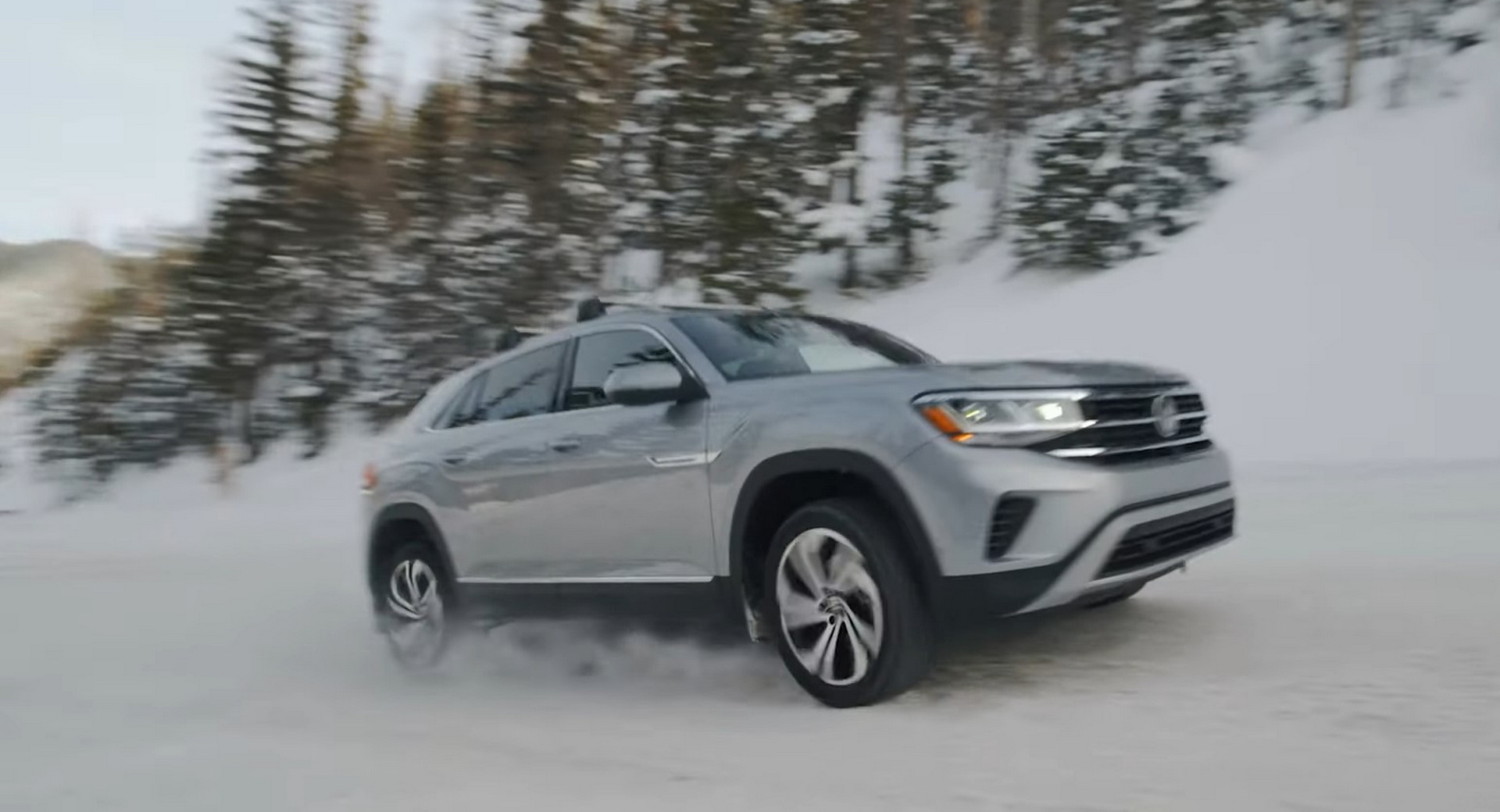 That might not be practical for everyone in every state, though. Fortunately, there are good habits that can help you no matter how good your rubber is. Foust’s fourth tip is to avoid skids, which can be helped enormously by his third and fifth tips.

Learning to let the car do one thing at a time is vitally important and works as well in snow as much as it does on the race track. When the weather turns, you should brake, then turn, then accelerate. That allows the tires to use as much as of their grip as possible, rather than overloading them with forces as often happens in the famous moose test.

It also require you to plan ahead, which is an important part of winter driving. According to Foust, that means leaving four times more space between you and the car ahead as you normally would.

Staying calm is also crucial. Leaving space and driving to match the conditions will help you avoid a ditch much more than sawing at the wheel and slamming the pedals.

If you do eventually end up in a ditch, though, it’s a good idea to have warm clothes, some food, and a small emergency kit can also make all the difference when you’re waiting for assistance.