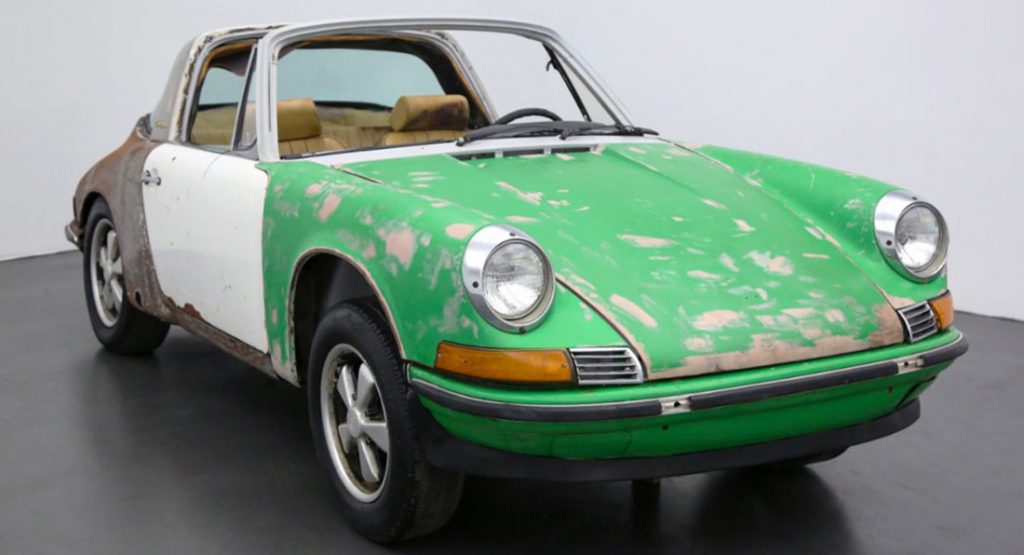 An intriguing 1971 Porsche 911 E Targa that’s just waiting to be restored is currently up for sale on eBay.

Buying a pristine 911 E Targa of this vintage can easily set you back six figures and while this car may seem like a bit of a bargain for $39,950, it needs a lot of work to be returned to its former glory. Still, it could turn out to be quite a good investment if restored and sold. 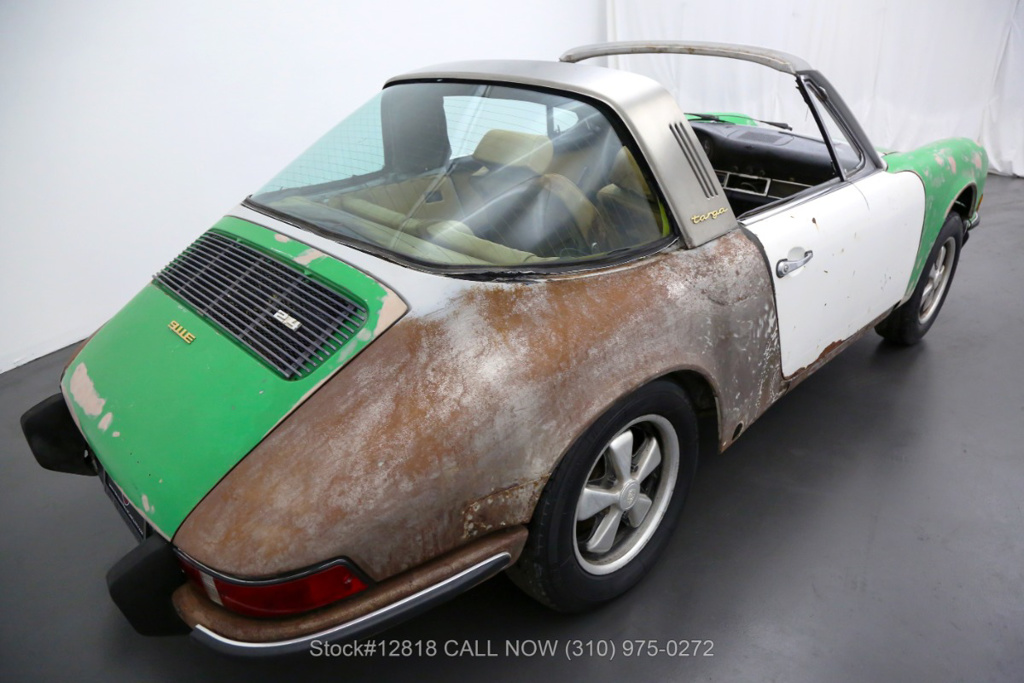 The car has been listed for sale by Beverly Hills Car Club that recently brought it to Los Angeles from New Mexico. Few details about the vehicle’s history are provided, such as how it ended up looking like this, but the listing does confirm that it has been upgraded with the engine from a 1972 911 S.

Speaking of the body, the listing confirms the car left the factory painted in Conda Green but for whatever reason, it now has white doors and the rear-quarter panels have been badly rusted. The car also lacks a windshield and the interior is in a very sorry state.