BMW has been getting a lot of heat for its latest designs, specifically its grilles. But in a recent interview, it said that not all of its vehicles would get the massive kidneys.

Indeed, it looks like it meant it as the latest spy pictures of the facelifted 8 Series Gran Coupe roll in. Although there is camouflage hiding the front and rear fascias of the car, the grille appears to be staying roughly the same size and shape.

In fact, any differences up front look like they’ll be subtle. It’s hard to say for sure, but these headlights might be a little slimmer. It also seems that BMW is hiding the lower grille sections with more than just camouflage, which might indicate changes to the design there.

At the back, it’s much the same story. Again, there might be some bumper work going on here and the graphics on the taillights appear to have changed. Overall, as you’d expect, the handsome four-door coupe is keeping a lot of the design elements that have acquitted it so well up to now. 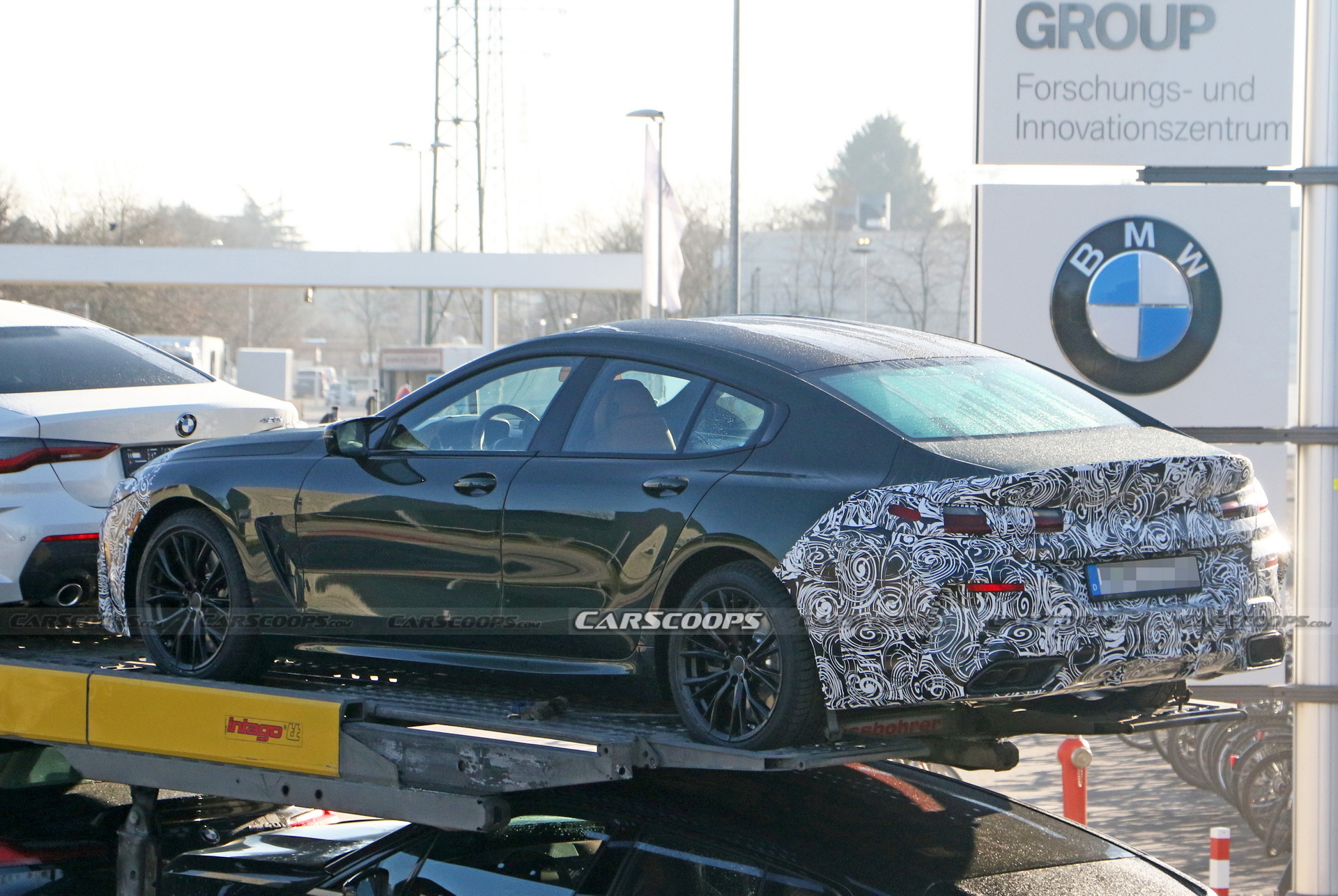 The shots, unfortunately, don’t give us any hints as to what’s going on inside, but some minor updates are likely. Powertrain updates are also possible, though they’re likely to be minor, too, since this looks like a mid-cycle refresh.

Having debuted in late 2019, the 8 Series Gran Coupe isn’t all that old. Early sales of the 8 Series were disappointing, though, so BMW might be trying to remedy that with a few quick updates.

BMW also recently noted that it planned to simplify its lineup in an attempt to focus on EV development. Whether or not this speedy update will have any bearing on what returns (or doesn’t) to the 8 Series lineup post-update will be interesting to keep an eye on.