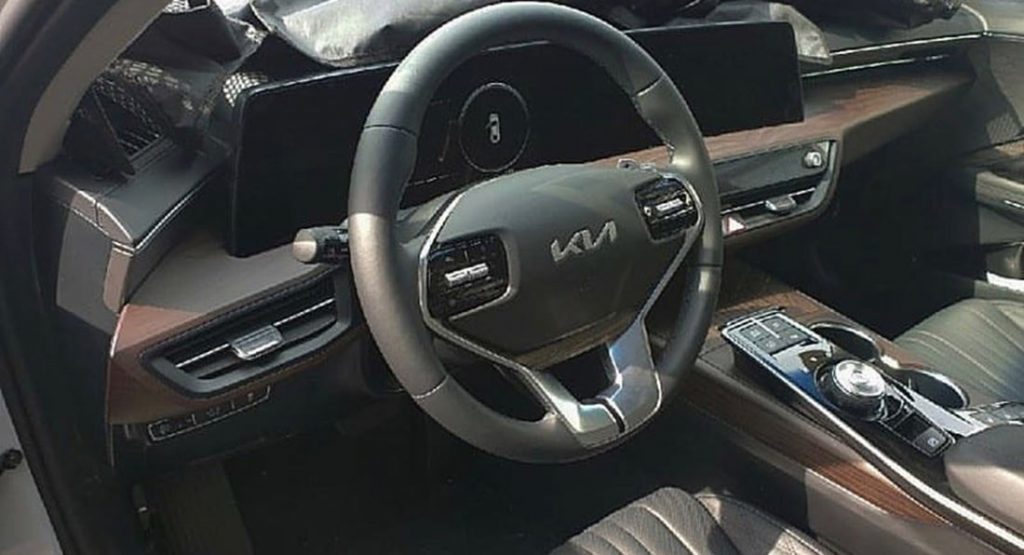 Kia released the first official photos of the new K8 in mid-February but failed to show any photos of its interior. Fortunately, we can now get our first look at the car’s cabin thanks to images of a prototype recently spied in Korea.

Much like the exterior, the design of the new K8 is vastly different to the K7 / Cadenza that it replaces. The most obvious change made is the fitment of a massive touchscreen display that encompasses both the gauge cluster and the infotainment screen which sits on top of a redesigned dashboard. 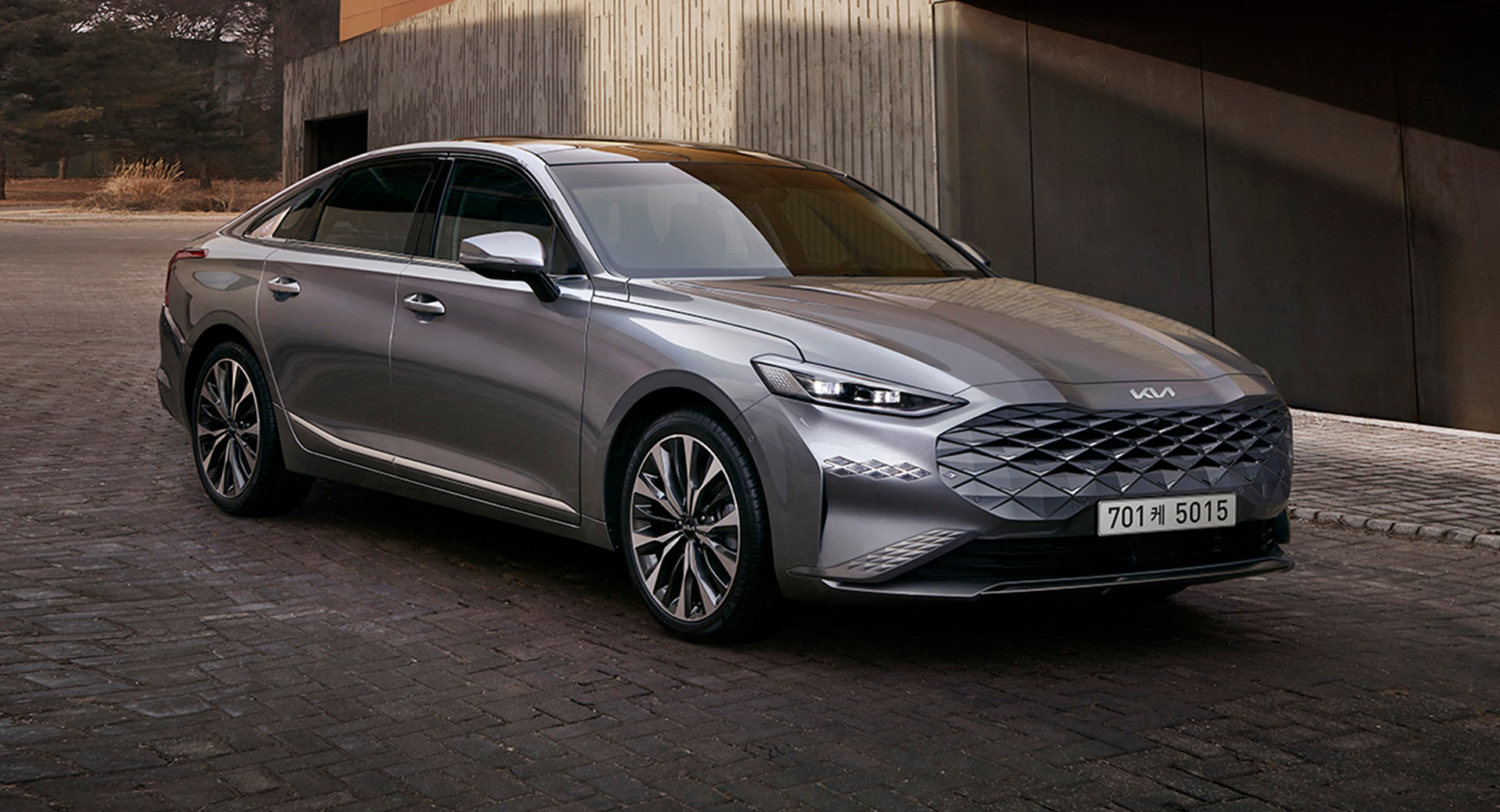 Elsewhere, we can see a three-spoke steering wheel and a center console clad in wood trim with a raised section for the rotary gear selector dial, just like the Genesis G80 and GV80.

The exterior of the K8 is dramatic, to say the least. It sports a unique tiger nose front grille with a diamond lattice design. There are also thin headlights and diamond-shaped LED daytime running lights. Other key design elements include sharp LED taillights and a dynamic character line running down the side that Kia says takes inspiration from “yachts sailing across calm waters.”

Powertrain details for the K8 are unknown, but it will likely be available with Hyundai/Kia’s Smartstream engines. The new K8 is expected to be unveiled in full in the coming months.