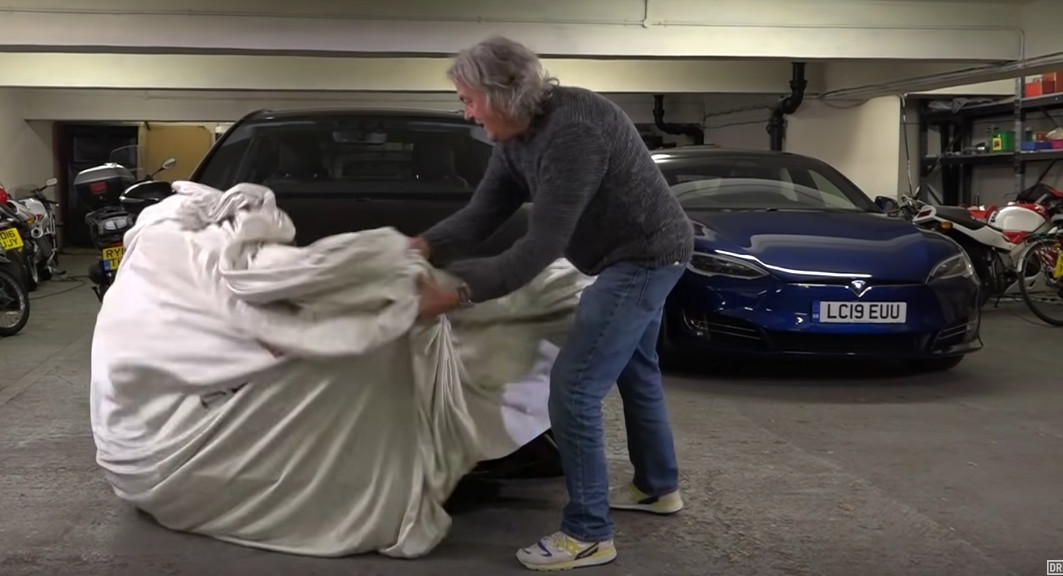 Grand Tour host James May argues that cars are like fashion: you have to move on. And that’s why he’s getting rid of the car he likes the most in his collection.

The Toyota Mirai may not be the most exciting car in the motoring journalist’s collection, but it has ingratiated itself to him. “Its brain is bigger than its gob,” May says. “That’s a nice quality in people and it’s nice in a car, as well.”

He calls the Mirai serene, very well made, and says it has a nice ride. All of which is great in any vehicle, but what makes this car really special is the fact that it’s hydrogen-powered.

Although it’s actually moved by electric motors, instead of using batteries it generates its own electricity on board with a hydrogen fuel cell. That’s as much of an advantage as it is a disadvantage, unfortunately, because, as May points out, there aren’t very many hydrogen filling stations around the UK.

And since then, only three more have been added. Although there are markets where it would be fine (like Germany), the UK just isn’t the kind of place where it could be your only car.

May says he’s going to replace it with something much more exciting, though, so we’ll have to wait around to find out exactly what that means.