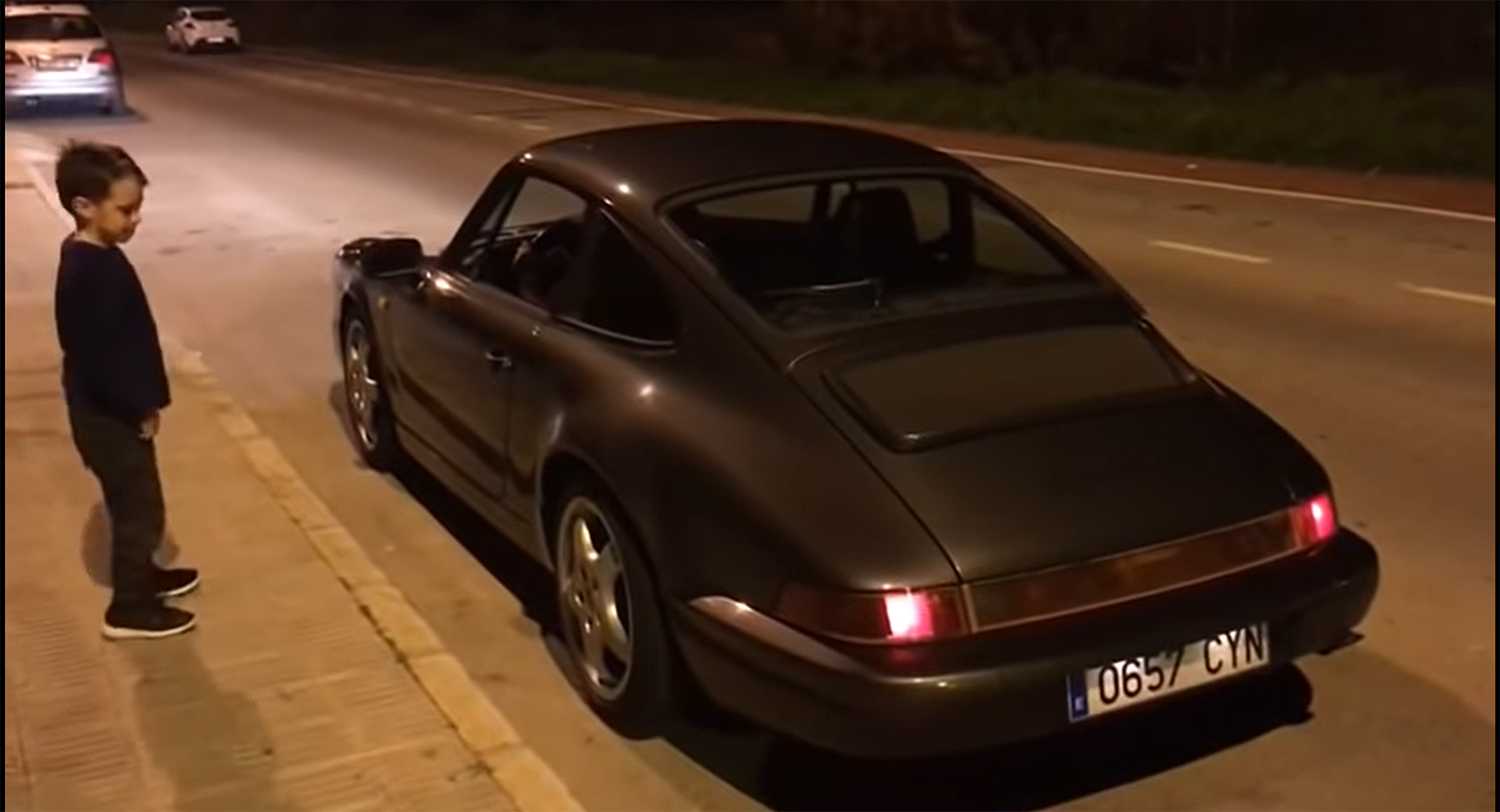 Most people who are into cars could probably tell you the exact moment that started their passion. It might not apply for everyone, but those who do remember it remember it well.

Even if you’ve never had that moment, most can recall a time when we were blown away by a certain vehicle. Whether it be the car itself or something it did, it leaves a lasting impression. And in the case of this kid, this might be that moment.

The video is short, but sweet. It opens with the boy looking on intently at the classic Porsche 911, followed by the owner giving it a few revs, then speeding off. We see the boy’s head follow the car as the sound of its air-cooled flat-six engine fades off into the distance and then he falls backwards, as if fainting from what he had just experienced.

The Porsche in the video appears to be a 964, which was the second-to-last generation of air-cooled 911s. It seems this kid has a pretty good taste in cars; who knows, perhaps we just witnessed a petrolhead in the making.