Automakers are a canny bunch and they’ve learned that no one really gets mad if their performance estimates are a little humble. But leaving more than half a second on the table in a 0-60 mph (0-96 km/h) estimate seems curious even by those standards.

The Cupra Formentor does just that in this CarWow review. Specced with VW’s 2.0-liter 310 hp engine, this version of the Formentor has been likened to a Golf R in chic clothing, and it lives up to that reputation here.

It hits 60 mph in just 4.3 seconds with host Mat Watson behind the wheel, a full 0.6 seconds faster (in chilly, wet weather) than Cupra’s official time of 4.9 seconds. That’s better than the Golf R’s time of 4.7 seconds to 62 mph, though in another test VW’s super hatch hit 60 mph in 4.0 seconds. 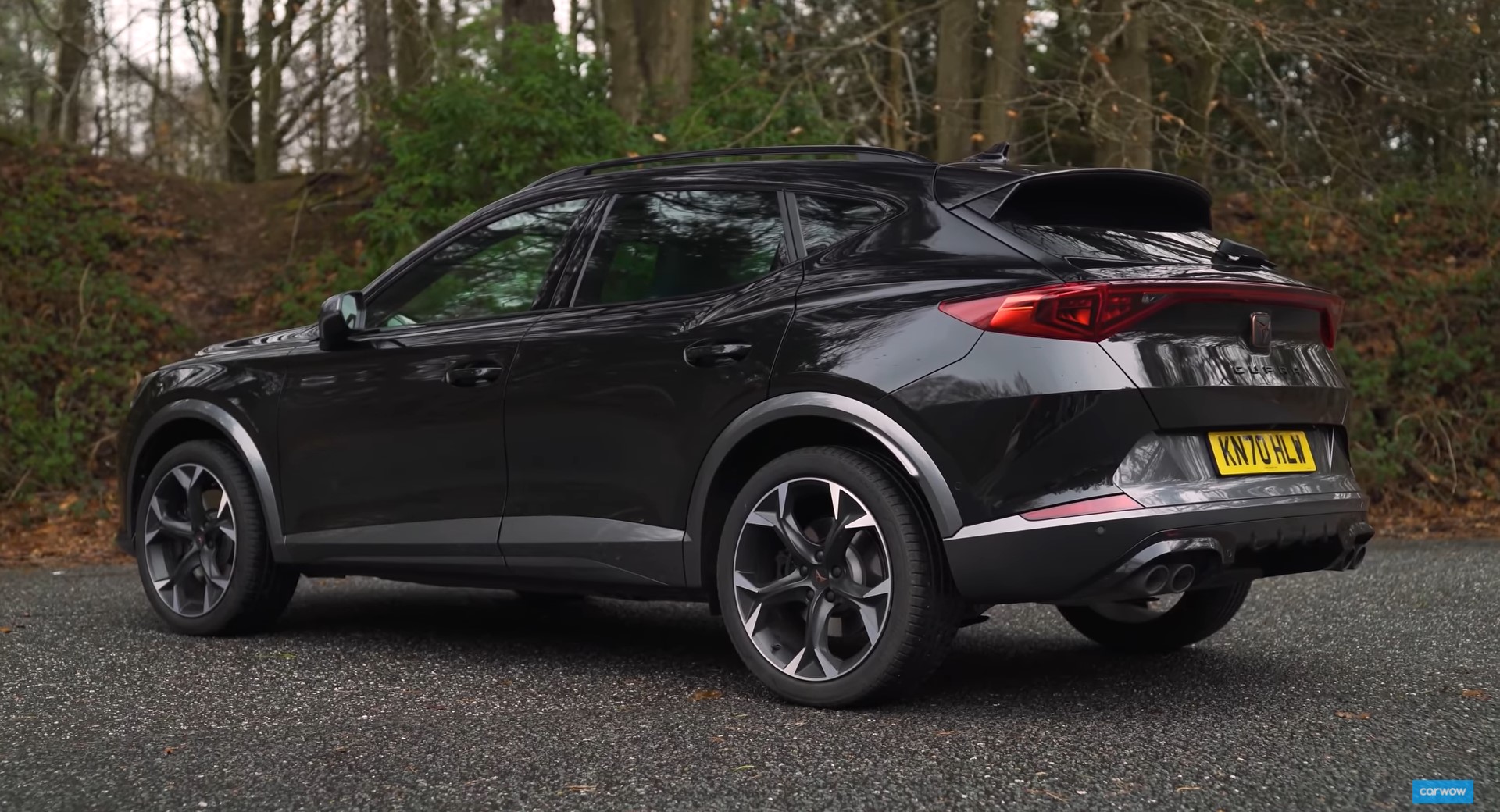 As Watson points out, it’s only 5 cm (2 inches) taller than a Leon, Seat’s version of the Golf, and it’s 10 cm (4 inches) shorter than the Cupra Ateca crossover. That does lead us to wonder if this is more like a small crossover or a big hot hatch.

The handling doesn’t really help answer that question. Although Watson calls it less fun than the sporty Cupra Leon, he says it’s among the best hot crossovers to drive.

In the end, it may transpire that owners simply don’t care about such taxonomic debates and choose instead to enjoy their pretty, nicely appointed, surprisingly quick, pleasingly sporty vehicle. As Watson puts it, “It might not be the biggest, most practical SUV but it’s one of the most sporty looking. And I like it.”