On Monday, we reported that Volkswagen of America would be undergoing a name change, the news on which came from an incomplete press release dated April 29, mistakenly published early on the company’s website. Instead of waiting it out, the German automaker decided to officially confirm it today: their new name in the United States will be “Voltswagen of America”.

The name change will go into effect beginning in May, and the rebranding of the company’s  advertising, websites, and social media channels will take place immediately. To differentiate between gas-powered and electric vehicles, the automaker now plans to retain the dark blue in their logo for the former, and introduce a new light blue for the latter.

Read More: VW Kicks Off U.S. Ad Campaign For The ID.4, Promises It Will Change Your World

Furthermore, as speculated last night, “Voltswagen” will now be placed as an exterior badge on all of the company’s electric vehicles, while the gas vehicles will simply feature the VW emblem. Exterior and interior signage will be introduced soon to all Voltswagen properties and dealerships in the United States.

“We might be changing out our K for a T, but what we aren’t changing is this brand’s commitment to making best-in-class vehicles for drivers and people everywhere,” said Scott Keogh, president and CEO of Voltswagen of America. “The idea of a ‘people’s car’ is the very fabric of our being. We have said, from the beginning of our shift to an electric future, that we will build EVs for the millions, not just millionaires. This name change signifies a nod to our past as the peoples’ car and our firm belief that our future is in being the peoples’ electric car.”

It is important to note that this rebrand affects the United States only, so the company’s name will remain the same in every other market. 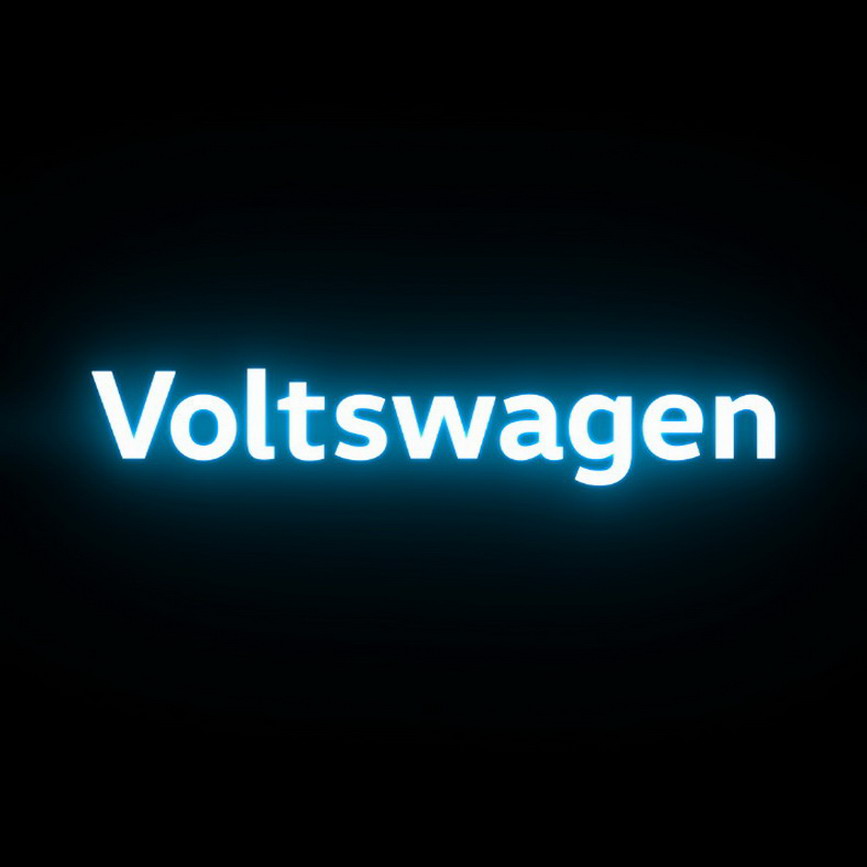