Segway is best known for building quirky personal transporters, but their latest product is certainly more interesting as it’s a futuristic motorcycle known as the Apex H2.

Looking like something out of a sci-fi movie, the Apex H2 is a slick bike that features a minimalist windscreen, a slender headlight and large wheels that appear to levitate thanks to a double swingarm setup.

Other notable highlights include streamlined bodywork and an easy access compartment, which stores swapable hydrogen fuel containers. The latter are used to feed the bike’s hydrogen fuel cell and produce electricity for the electric motor. 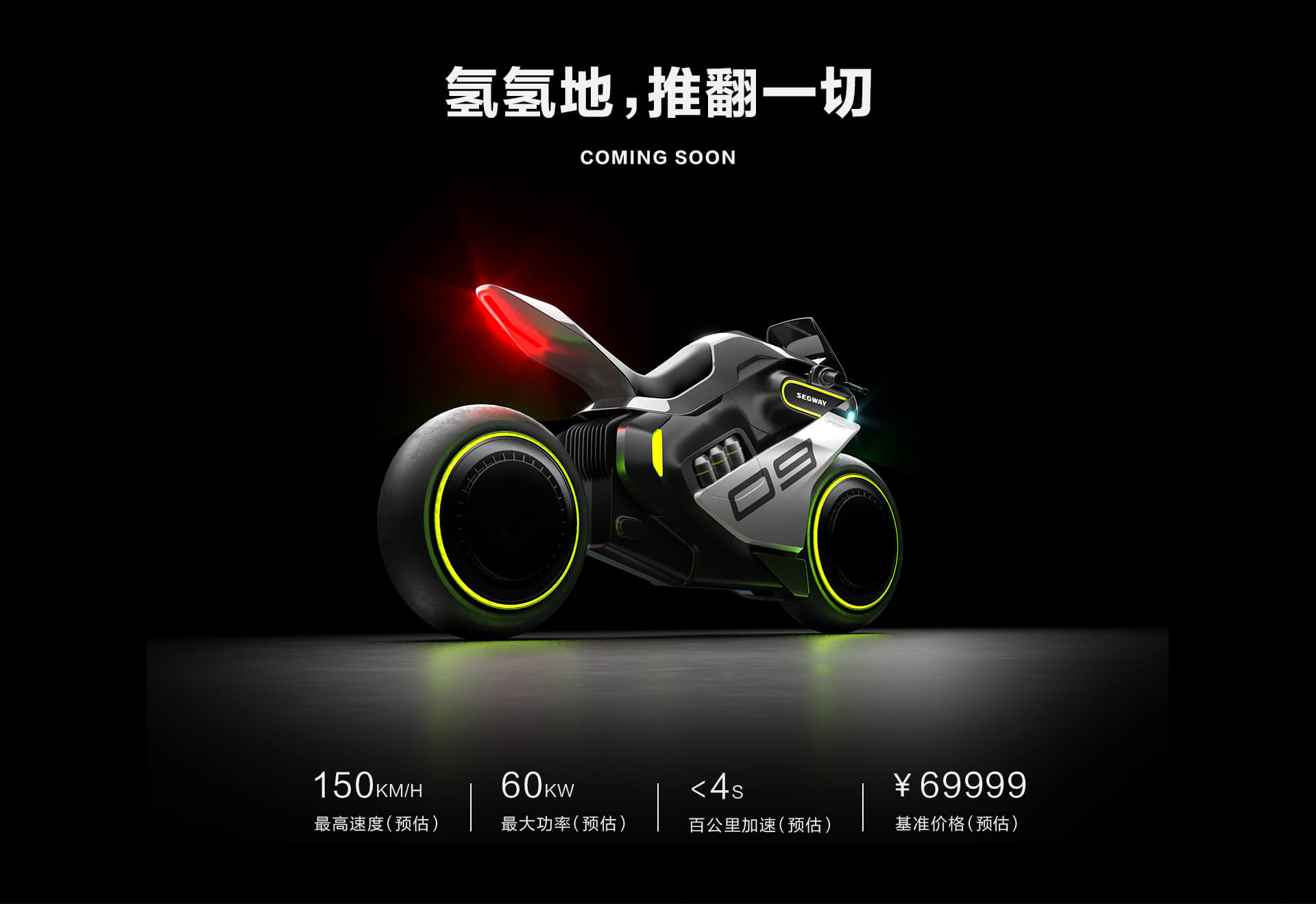 Nevertheless, it’s curious that Segway would use a hydrogen powertrain as it would seemingly add complexity and weight to the bike. It’s also worth mentioning that hydrogen refueling stations are relatively uncommon, but the use of hydrogen canisters could alleviate this issue if they were widely available.