Every once in a while, when it isn’t slyly pretending to change its name, Volkswagen USA hands one of its cars off to a tuner and lets them go nuts. The latest such concept is the Tiguan SE R-Line Black RiNo.

Named after Denver, Colorado’s Riverside North arts district, the concept is inspired by the city’s outdoorsy, adventurous spirit. Built by Jamie Orr, of Orchid Euro, the Tiguan Black RiNo is designed with cycling in mind.

“The mountain bike is designed to function in difficult terrain, but it works well in any environment — just like the Tiguan,” said Orr. “The idea is that this vehicle is capable of going on adventures with you.” 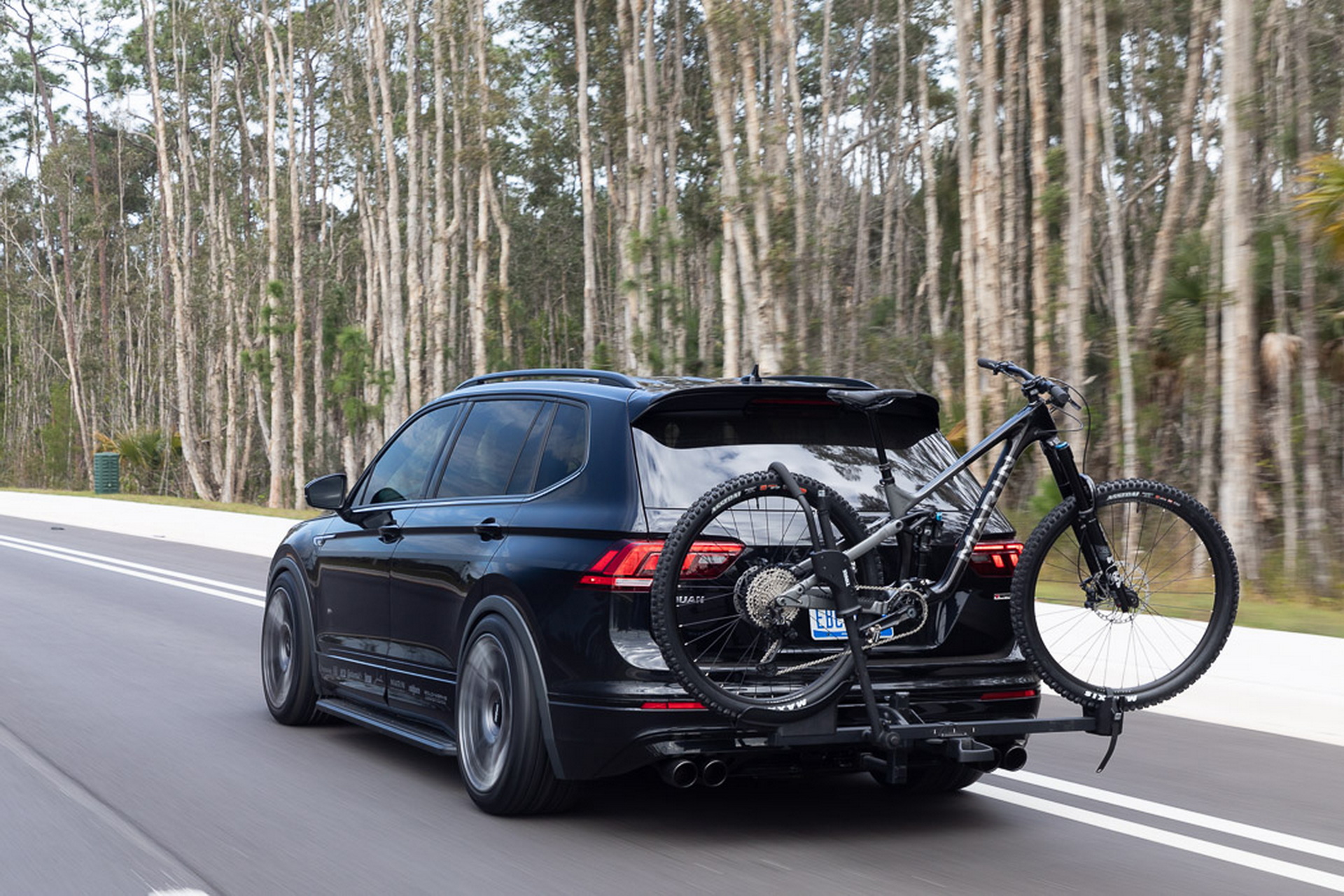 It features a bike rack designed to carry around that mountain bike that Orr mentioned above. The dock and hook VW accessory, meanwhile, has been repurposed to handle bicycle locks and helmets in the cargo area.

There’s also an air compressor included inside to help bikers inflate their tires and an LED lightbar should help make repairs easier. The Tiguan’s shift knob and boot have been replaced with Black Forest Industries ones.

Speaking of less cycling-focused modifications, Orr swapped in 20-inch Rotiform OZR rims that are wrapped in Continental SpotContact 5P tires. The Tiguan has also been lowered with Solo-Werks coilovers.

Under the Tiguan, the exhaust system has been replaced with custom Borla stainless steel pipes with black tips to match the rest of the vehicle. The factory spoiler has been extended, too.

All of which should help get you moving in a hurry. But if you want to slow down, 6-piston Big Brake Kit calipers now grab Forge Motorsport USA rotors.

“I wanted to highlight the strong body lines and design cues of the Tiguan,” said Orr. “When people see both its style and its strong performance, I think they’ll see why it’s a great car that’s capable of a trip to the mountains or to the grocery store.”

We’ve only touched on some of the changes going into the Tiguan Black RiNo, for a full breakdown of the build, you can watch the video above.