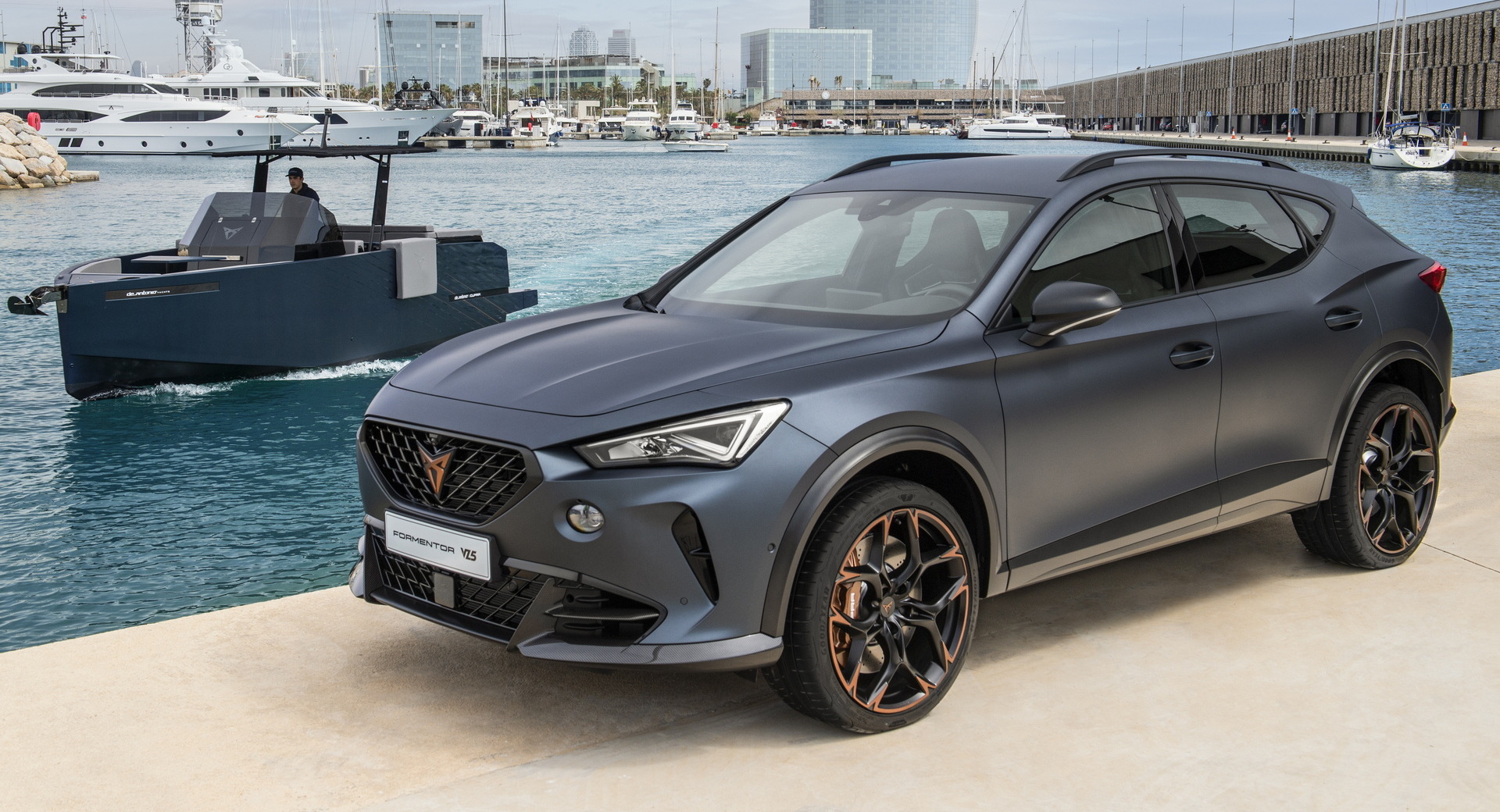 In an effort to prove that Cupra is about more than just cars, the brand has teamed up with Barcelona’s De Antonio to create a yacht inspired by the Cupra Formentor VZ5.

The D28 Formentor is a high-performance yacht named after the first vehicle designed and developed especially for the brand. The 394 hp yacht is capable of hitting 40 knots (46 mph).

At 7.99 meters (26 feet) long, the D28’s V-shaped hull is what allows it to hit its top speed and cruise comfortably. With a wide deck, it has lots of space for activities and is stable during anchoring.

A walk-around deck allows you to literally walk the entire perimeter of the yacht. That gives you access to sundecks with seating and tables at both the bow and stern. The D28 Formentor also includes a fully equipped bathroom and enough room for 10 people.

In a nod to the Cupra Formentor, the D28 is finished in Cupra‘s signature Petrol Blue color with copper accents. It also features carbon fiber accessories.

“Both De Antonio Yachts and Cupra are committed to a high level of technological development in our products, and in this collaboration, we’ll work to apply innovation at its best in the nautical world,” said Stan Chmielewski, co-founder of De Antonio Yachts. “We’re very proud of this first showboat as the start of a promising collaboration.”

The yacht was shown off at Marina Vela in the port of Barcelona alongside a Cupra Formentor VZ5. The limited-edition performance crossover makes use of Audi‘s 2.5-liter inline-five engine. In this application, it makes 385 hp and 354 lb-ft of torque and can hit 60 mph in just 4.2 seconds.

“Our cooperation with De Antonio Yachts is just one more proof of it, as we share the same values and ambition: to inspire the world from Barcelona,” said Wayne Griffiths, president of CUPRA. “The De Antonio Yachts D28 Formentor, inspired by our Cupra Formentor VZ5, will be just the first project of many. We are both committed to sustainable mobility and already looking into the creation of an e-HYBRID yacht for next year.”

The De Antonio D28 Formentor Yacht is expected to go into production before the end of the year.